Everything you missed from our breakfast event with Lisa Wilkinson

Everything you missed from our breakfast event with Lisa Wilkinson

We woke up with Lisa today. 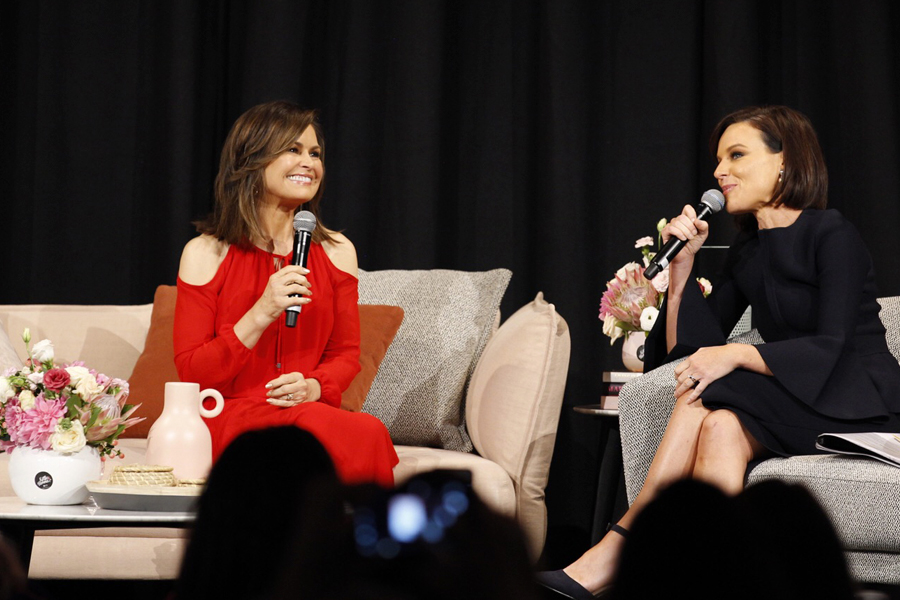 We power posed with Amy Cuddy, talked conservation with the legendary Jane Goodall, revolutionised the food industry with Jamie Oliver, talked fame with Nicole Kidman, learned from the inimitable Dame Quentin Bryce, and just last week lunched with Donna Hay. So for our final event of 2017, we thought we’d top it off with one of Australia’s most talked about and favourite women, Lisa Wilkinson.

On Thursday morning, to a crowd of 900 plus women (and a few blokes) Lisa Wilkinson took to the Business Chicks stage. Over the next hour, Lisa, in conversation with emcee Natarsha Belling, chatted about everything from sleeping in to Donald Trump to the support she received when her resignation from the Today Show was announced.

Read through for our favourite moments from the fearless woman who graced our television screens for over a decade.

ON STARTING HER CAREER

“I found myself with my pretty mediocre HSC pass in one hand (my fault, not the school’s), and my Metropolitan Certificate in Advanced Secretarial Studies in the other hand and a growing long term desire to become a journalist.”

“And it was then that I answered a tiny three-line ad in the ‘women and girls’ employment section of the Sydney Morning Herald. And there buried under the letter D, it read: ‘Dolly magazine is looking for a secretary / editorial assistant / Girl Friday who’s prepared to do absolutely anything. Phone Kathy on 699 3622.’ Yes, I kept the ad.”

“And so I did call Kathy, and still today it’s the only job I’ve ever applied for.”

“I didn’t have a uni degree, but I had something much more powerful, I had found my passion.”

ON TAKING A STAND

“As women we find it hard to work out what our value is, and perhaps my greatest crime is that I worked out what my value was, and I decided to take a stand on that and I feel really pleased that I did.”

“It was tough. As women we have a tendency to be grateful for everything that comes our way, which is fine, but we’ve got to move beyond that.”

ON SLEEPING IN FOR THE FIRST TIME IN 10 YEARS

ON HER DAUGHTER’S REACTION TO HER RESIGNATION

“I didn’t see it for 24 hours. It’s a lesson in any public profile that if you listen to the good, you also have to listen to the bad in equal measure, and given that everyone has an opinion these days that can really play with your head. I got lots of lovely messages, but it got to the point where I had to shut it down.”

“So we went out and had a lovely dinner the next night and that’s when Billie showed me what she’d posted on Instagram and I burst into tears.”

“Because in the end that’s all that matters is to me is that my kids are proud of me.”

Thank you, Mum, for paving the way for the next generation and every generation to come. You are a leader and an inspiration for so many tonight. I can’t wait to see you at the breakfast table tomorrow morning 😍😍😍

ON HOW IT’S A WATERSHED TIME FOR WOMEN

“I think with the election of Donald Trump, basically women decided not even collectively, I think individually most women felt, ‘ok, we’ve got nothing to lose now.’”

“It’s got to the point that if somebody’s got those feelings, those demeaning thoughts about women, then all bets are off, we’re just going to go for it.”

“And what we’ve discovered is that women had been having those thoughts individually, but we’ve all starting holding hands now and moving forward.”

“There’s a train coming, and blokes that want to be part of a boys club realise that we have steam behind us and there’s no stopping us.”

ON THE GENDER PAY GAP

“I had to be true to myself and if it did reignite the conversation, I’m thrilled because I just didn’t want to live a lie anymore. I’ve spoken out on the gender pay gap publicly prior to this and I just decided this far and no further.”

ON WOMEN NOT SUPPORTING OTHER WOMEN

“You have to wonder why some women aren’t each other’s champions – I don’t get it. I don’t understand it at all.”

“Is it because we’re already so harsh on ourselves? It’s the only explanation that makes any sense to me.”

“There are already enough hurdles out there that we have to jump and forces working against us that make the mere fact that we are female more challenging. The cost of childcare, the gender pay gap, sexual assault, workplace harassment, domestic violence, the alarming rise of female homelessness, the fierce and omnipresent boys club, and you can take it from me, that still exists, but it has to stop.”

ON WOMEN RISING UP

“Personally I can feel change happening and it’s so great to see that Time Magazine cover come out overnight. In many ways we have Donald Trump to thank for this, that self-confessed pussy grabber.”

“Women around the world are rising up. We want change.”

“The Harvey Weinstein’s of this world can run, but they can no longer hide.”

“I truly believe it has never been a more exciting time to be a woman.”

“We are good enough, in fact, we are more than good enough and we have to give ourselves permission to know that, to believe that, to acknowledge that, to embrace it and celebrate it and pass it on to the next generation.”

“As the wonderful Gloria Steinem says, ‘the best way to cultivate fearlessness in our daughters and other young women is by example.’”

Thanks to our Presenting Partner Simone Perele we‘re offering one lucky person the chance to win a $1500 lingerie wardrobe. Click here to enter now.