5 times Lisa Wilkinson was the feminist hero we all needed

5 times Lisa Wilkinson was the feminist hero we all needed

All the times Lisa has used her platform to tackle misogyny, raise awareness, and champion women’s issues. 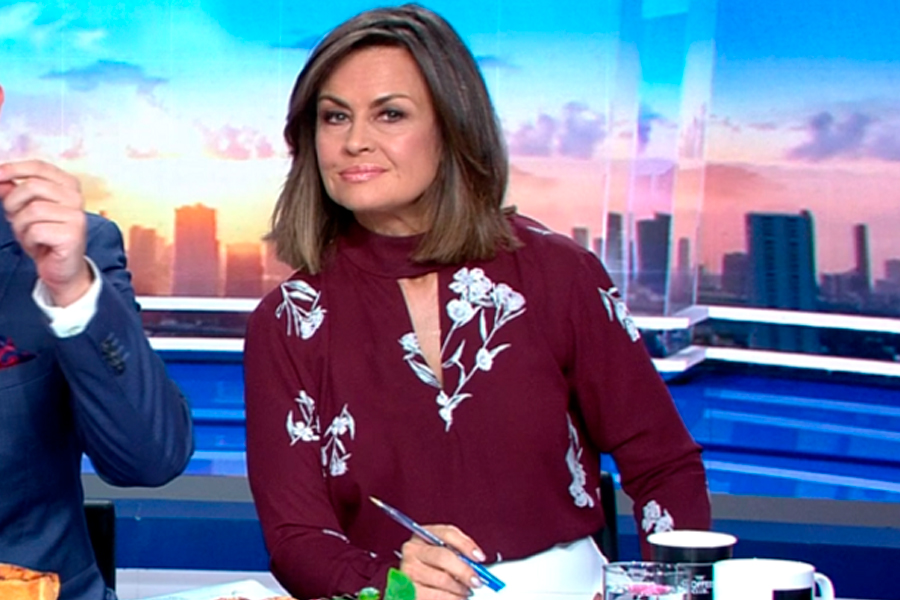 This article was first published on October 18, 2017. We’re sharing this again in the lead up to 9 to Thrive Summit in Melbourne where Lisa will be sharing her biggest lessons on the main stage. Grab one of the last remaining tickets here.

Lisa Wilkinson is dominating social media feeds right now, and with good reason. The former Today Show co-host made the huge leap to quit her prime-time television gig after negotiations broke down with the network and her agent on Monday afternoon.

Neither party has revealed the ins and outs of the pay dispute, but the Nine Network’s failure to pay parity with male anchor Karl Stefanovic is reportedly the reason behind the shock move. According to reports, Lisa declined the option to re-sign her contract as it fell $200,000 short of Karl’s salary.

This $200k wage gap has turned into a PR disaster for the Nine Network. They didn’t anticipate she would deflect to Channel 10 within 45 minutes of announcing her immediate resignation.

Media personalities like Leigh Sales, Tracey Spicer, Virginia Trioli, and the NSW Premier have all applauded Lisa. Her move not only resonates with women in media but every woman around the world who is paid less than a man doing the exact same job.

. @Lisa_Wilkinson has been a steady, consistent, highly competent, warm and delightful presence on @TheTodayShow – huge loss for them.

Women working full-time earn nearly $27,000 a year less than men working full-time, according to figures from the Workplace Gender Equality Agency. In managerial positions, that figure gets even worse with a whopping $93,000 pay gap between male and female executives.

With Australia estimated to be 50 years away from closing the pay gap entirely, Lisa has sparked a nation-wide gender pay gap debate. We couldn’t think of a better tribute than to highlight not the funniest moments of Lisa’s Today Show tenure (of which there are many) but celebrate the times she used her platform to tackle misogyny, raise awareness, and champion women’s issues.

Lisa didn’t hold back calling out the fact that she is only the second woman to deliver the Andrew Olle lecture in sixteen years, the last being Jana Wendt in 1997. She used the opportunity to talk about gender inequality and vent her frustrations about the focus on her appearance as a woman in the media.

“As a woman in the media, it has long saddened me that while we delight in covering public issues of overt sexism – possibly the hottest topic in media over the last twelve months – the media itself can be every bit as guilty of treating women entirely differently to men.”

2. When she took on Bill Shorten’s “dinosaur” views on women.

In June 2016, Opposition leader Bill Shorten announced a $3 billion childcare package, but it was his comments on the campaign trail that Lisa took issue with. She used her platform on the Today Show to tell him to “take a look in the mirror” about his “dinosaur” views.

“When Bill Shorten describes women as having the second job, that men ‘rely on women to take care of all things when it comes to looking after the kids’, in other words so men can get on with doing all the important stuff, isn’t he simply entrenching a stereotype of women as second class citizens?” Wilkinson said.

“Isn’t parenting about sharing responsibilities? And isn’t it confirming the outdated belief that women should always be in charge of the unpaid work and therefore giving any men who still do, permission to keep thinking that way … isn’t that like so last century?

“Bill Shorten once described former PM Tony Abbott as a ‘dinosaur’ with his views on women. Mr Shorten, I would suggest it might be time to take a look in the mirror.”

3. When she trolled the Daily Mail

Remember when Karl Stefanovic wore the same suit every day and no-one noticed? Lisa Wilkinson was bizarrely criticised as being “thrifty” for wearing the same blouse twice in four months. So what did she do? Popped it in the wash and wore it on-air for the second day in a row. 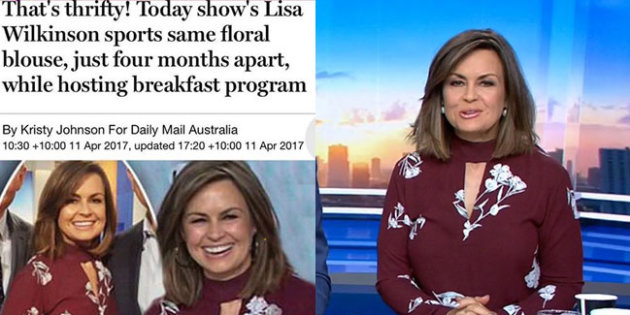 Her frustration seethes through her blistering editorial on HuffPo: “You’re thinking I should be up in arms. You’re thinking I should be giving them what for, or as one person wrote on my Instagram ‘for being so bloody vacuous and irrelevant with the sort of meaningless tripe they serve up on a daily basis’.
“Well, I’m not. In fact, today I am thanking the Daily Mail. For proving once and for all what we know to be true. You see, I’m the gal that sits next to the guy who wore exactly the same suit on air every weekday for a whole year. Every single day. And no-one noticed.
“But let a woman try that on… TWICE? Not on your Nelly!” 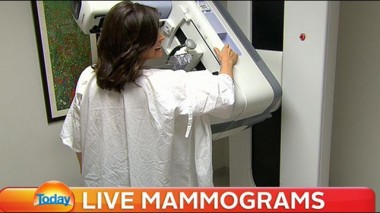 Lisa Wilkinson and fellow co-host Georgie Gardner both underwent the mammograms on-air in 2013 to help raise awareness of breast cancer. As an ambassador for the National Breast Cancer Foundation, Lisa admitted to feeling like a “fraud” for not walking her talk when it came to regular screenings. Lisa (and Georgie) had a mammogram, and shared their results live on-air so that Aussie women would drop the guilt and take action too.

5. That time she left her high paying tv gig because she didn’t get the respect her career deserves.

Lisa Wilkinson will be sharing her biggest lessons on the main stage at 9 to Thrive Summit this Monday. Grab one of the last remaining tickets here.