We chat to The Telstra Australia Small Business Award winner, Hana-Lia Krawchuk of Love To Dream 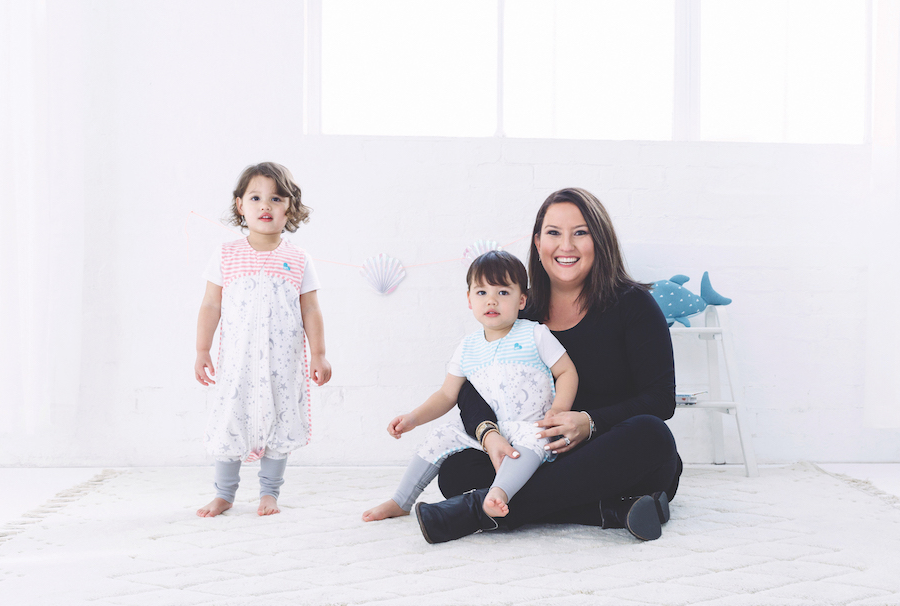 When Hana-Lia Krawchuk gave birth to her son, Elijah, something had to give.

The Sydney mother, was at breaking point after 18 months of sleepless nights, and forking out hundreds of dollars on products that promised to restore the family’s sleep. Yet, nothing worked for Hana-Lia.

“My son would only sleep for 45 minutes at a time and when he woke and would start crying, I noticed that his wrap had unravelled and was up over his face,” recalls Hana-Lia.

It was then that the new mum realised that Elijah preferred to have his arms up while he slept. After researching the different swaddling options on the market, she struggled to find any products that allowed the baby’s arms to raise up.

“I started researching and reading after thinking that maybe sleeping with their arms up was a natural sleep position for babies,” she says. 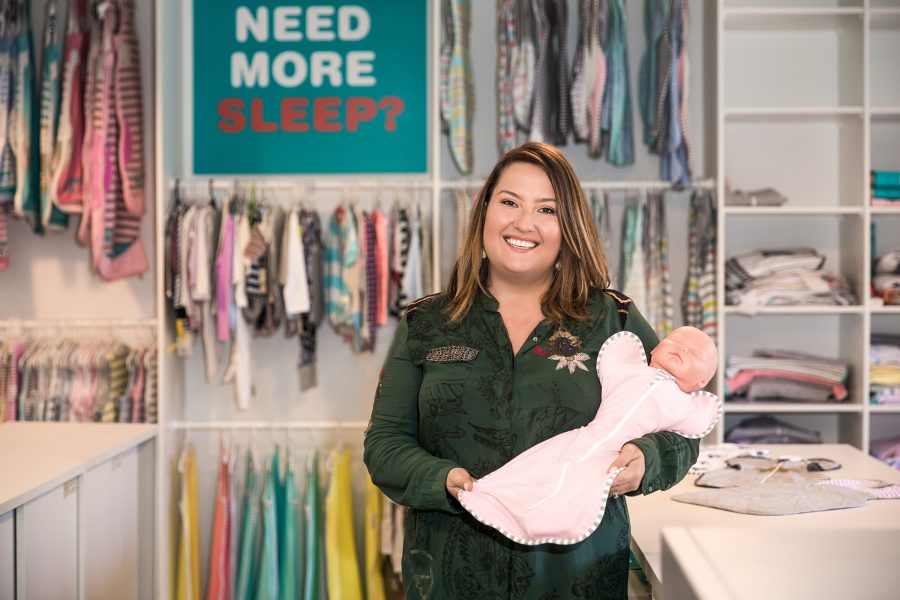 The research confirmed it – medical science suggests that babies really can sleep better if they have access to their hands for self-soothing.

With a background in fashion, Hana-Lia set out to create a garment that would eventually change the lives of millions of babies – and their parents around the world.

“I drew the garment and made two samples and gave them to two friends to try. They rang me in the morning and they said, ‘You won’t believe it, they’ve slept through the night for the first time.’ That was the beginning and the moment that we realised that we were onto something.”

The very first version of the signature Swaddle UP was developed and Hana-Lia visited potential stockists around Sydney herself to pitch her product.

By the following year, the product hit the stores of Sydney. Two weeks later it had sold out and the Love To Dream story had begun.

“The manager of Baby Kingdom called and said the stock had sold and they needed more. Mums were talking at mothers groups and it just went from there,” she says. “It was this crazy, exponential growth.”

More than a decade on, Love to Dream has 23 employees and exports its products to 45 countries around the world. It’s stocked in major stores including David Jones, Target, Myer, Big W and Baby Bunting, and turns over more than $30 million a year.

Now a mother-of-two, Hana-Lia says that every day is a ‘pinch me’ moment. After all, she knows that she is helping families find a solution to those sleepless nights.

“I remember one customer coming up to me in store and crying on me. She said that I saved her life and marriage,” she says. “The feedback is so amazing.”

Two years ago, Love to Dream was named The Telstra Australia Small Business Award winner, and Hana-Lia took out the 2017 Telstra Australian Business Women’s Entrepreneur Award. She says the accolades were an honour and a testament to the hard work and long hours.

“I think as an entrepreneur, you spend a lot of time making decisions on your own and then questioning whether that was the right decision,” she says. “Then when you win two awards from Telstra, against other incredible businesses, it’s validation that you’re on the right track.”

Last month, private equity fund Quadrant entered into an agreement to acquire a majority interest in Love To Dream. They will partner in the acquisition with Hana-Lia and her husband Gavin to grow the business.

“We are excited to be partnering with Hana and Gavin and the Love To Dream team and will be investing growth capital to help Love To Dream accelerate its growth plans both in Australia and internationally,” Managing Partner of Quadrant, Justin Ryan, said in a statement.

Looking back, Hana-Lia knows that necessity really is the mother of invention. She says she knew that she would one day have her own business.

“I started out trying make swaddling safer and I did that, but I also created something that helped babies sleep better and that was the amazing part of the story.” 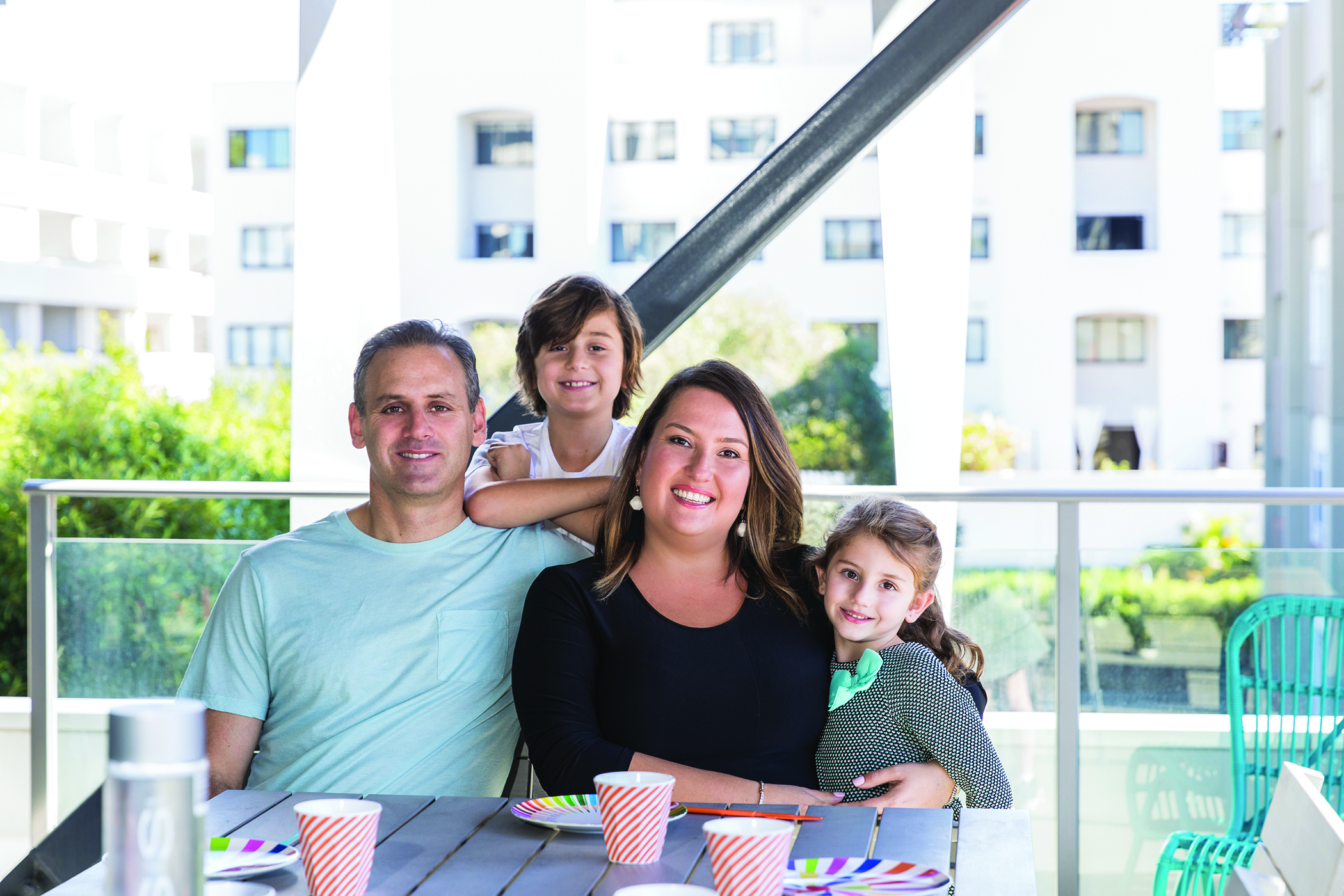 She says that any woman looking to start a business shouldn’t be afraid to take the plunge. “Just do it. Making no decision, it’s actually making a decision,” she explains.

“If you really think about it, you don’t have that much to lose. Ask yourself: ‘what is the worse thing that can happen?’ That makes it pretty clear because there’s only upside.”

Nominations are open for the 2020 Telstra Businesswomen’s Awards. If you know an exceptional women inspiring change, say thank you by nominating her today at telstrabusinesswomensawards.com/nominate.