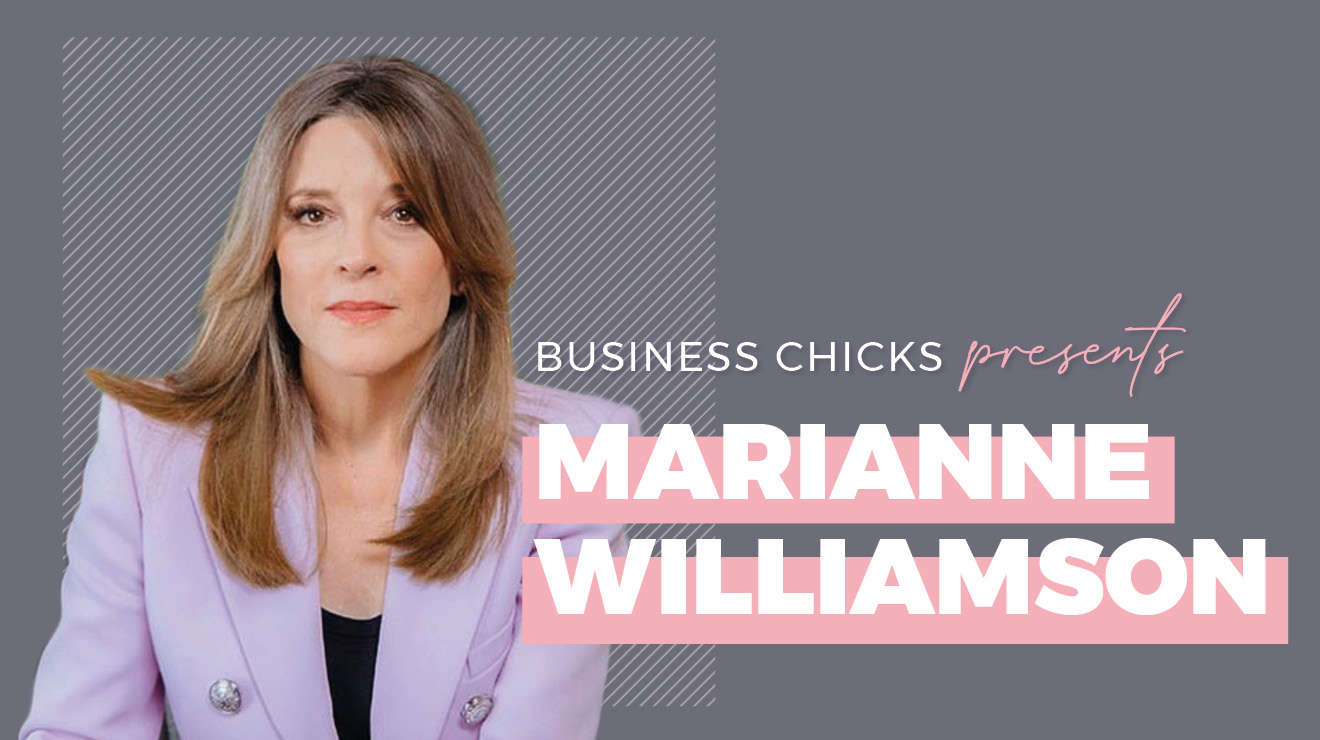 It’s almost difficult to put the power of Marianne Williamson into words. Often called “the voice of her generation” and a “spiritual guru,” Marianne’s life purpose is to create miracles. Given that she has made many appearances on the Oprah show and is the author of 13 books including seven that have made The New York Times bestseller list and four that have made #1, we’re inclined to think that if anyone has the authority to claim such a role, it’s her.

If you haven’t heard of Marianne Williamson, you’ve almost certainly heard the quote “Our deepest fear is not that we are inadequate. Our deepest fear is that we are powerful beyond measure…” which is considered an anthem by many (including Business Chicks – it’s even written up on the walls of our office). As well as being an accomplished teacher, author and speaker, in January 2019, Marianne announced her intention to run for the office of President of the United States as a democratic candidate, and ran a strong race up until January this year.

In other words, she’s a powerhouse committed to creating a kinder, more commonsensical world and teaching us all how we can play a part in doing that too.

During our time with Marianne, we’ll explore important topics such as forgiveness, personal growth and why your physical, mental and spiritual well-being are some of the most important assets for succeeding in business – and in life – right now.

We’d love for you to join us in what’s sure to be a very special and uplifting experience.