Everything we learned from our tour with Mark Manson

Everything we learned from our tour with Mark Manson

“The name of the game in the 21st century is less is more.” 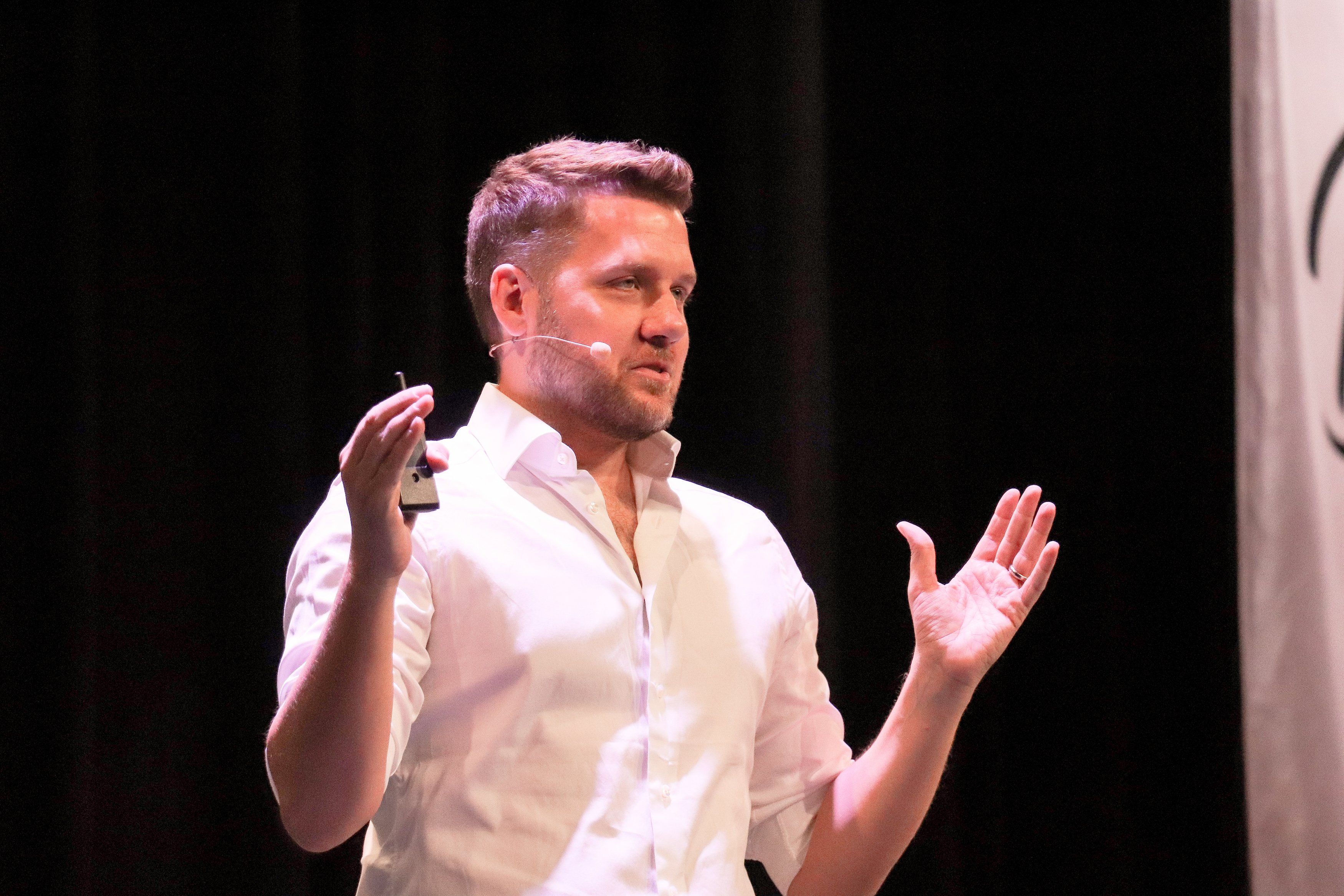 In case you missed it, we just wrapped up our incredible four-city tour with New York Time’s best-selling author, Mark Manson.

Over the series of breakfast events, the author of the smash-hits “The Subtle Art of Not Giving a F*ck” and the more recent, “Everything Is F*cked: A Book About Hope”, discussed how despite us living in the best world we’ve had yet, we somehow feel worse off than ever.

Using an equal balance of psychology, philosophy and humour, Mark broke down why we feel perpetually doomed and talked us through how to overcome these feelings. Here are our top takeaways from Breakfast with Mark Manson:

Get used to criticism because it’s a fact of life

Before Mark was a best-selling author, he was a successful blogger. This “internet fame” and the perils that came with it prepared him for the criticisms he faced once he entered the New York Time’s best-sellers list. The criticisms that he faced both as blogger and after becoming an author were just something that Mark became desensitised to after time.

He explains that, “anybody who puts themselves out there – anybody who is doing any sort of creative work, has a brand online, is putting content online, you just have to get used to it [criticism]. It’s part of the job description.” Mark implores you to remember that no matter what you do there will always be people disagreeing with you or not liking what you do. “I’m not going to be for everybody and that’s fine. It’s just a fact of life,” he says.

While criticisms have always existed, Mark believes that in modern society the reason there is so much more turmoil is because people have shifted from “point-blank, rational disagreements” to moral judgements. “Moralising every disagreement removes your ability to have discussions, to compromise, and your ability to be a basic, decent, rational human being,” he explains.

This amplification of moral significance shifts our ability to have a difference of opinion without attaching emotion to it. This is why criticisms are now so pointed and are no longer taken from a rational perspective of disagreement, leading to social anxiety and avoidance of communication, which in turn adds to our increased feelings of despair.

Smartphones are what spurred on our crisis of hope

There’s currently a mental health epidemic going on, which Mark dubs “a crisis of hope”. Despite wars being at an all-time low, life expectancies at an all-time high, extreme poverty levels declining and women’s equal rights improving, our rates of suicide, anxiety and depression have increased.

While everyone blames social media for the increase, Mark believes it’s actually smartphones that are responsible for it. This is not to say social media isn’t also to be blamed, but with the introduction of smartphones, we now face the paradox of progress, the paradox of choice and the fact that greater connectivity leads to greater loneliness.

Despite our ability to access so much information thanks to the internet, Mark thinks that it has actually been a detriment to us. In what he calls the “paradox of progress”, he explains that “infinite access to information makes people more emotional or more irrational.” This is because everyone has an opinion and are always contradicting each other which causes our brains to short-circuit as seemingly nothing is true according to everyone else.

Beyond this, a lot of the information we access is emotionally-charged which makes discourse in our culture more difficult. “What rises to the top is the information that stokes the most moral outrage and moralisation of our judgements,” Mark continues. “There seems to be a threshold where more information becomes counterproductive for our minds, so the name of the game in the 21st century is not to know more or do more, it’s to know or do less but be able to find those crucially important things that are worth focusing on.”

Too much can often be worse than not enough

The “paradox of choice” sounds like a good problem to have. While being offered too many things to choose from sounds like the dream, Mark says that it actually “creates a crisis of meaning for people”. The fear of missing out and the anxiety of choosing wrong plagues someone when they’re faced with having to make a decision. Mark summarises it by saying that “giving people more access to more of anything makes them appreciate it less”.

Beyond this, Mark believes that having to make a choice is often anxiety-inducing and stressful because “people start developing a sense that they’re not doing enough or didn’t make the right decision or they’re missing out on the best option”. Ultimately, the paradox of choice can be understood as “more options actually leads to less satisfaction in whatever you choose”.

While on paper it sounds silly, in reality it’s true. The introduction of social media has shifted the definition of a “friend” from something that was once a close bond to a loose relation. Mark explains that social media was built on the premise of more connectivity but wasn’t scaled based on the quality of the connections. “The bargain of social media is we traded in a few high-quality relationships for having many, many low-quality relationships,” he says.

These increased number of friendships but lack of solid connections leads to loneliness, fragmentation and social isolation. This turns maintaining friendships outside of the virtual world into a chore, but Mark believes that friendships should be hard because that is what makes relationships feel valuable, and that is what we are lacking in the 21st century. “You don’t build intimacy via text,” Mark concluded. “We need to force ourselves to mentally challenge ourselves with a conscious effort towards face-to-face interactions, commitment to those relationships in your life and making the point to ask to have conversations in-person instead of texting.”

Don’t want to miss our next speaker? Elle Macpherson is coming to the Business Chicks stage in September for what’s set to be one of our most insightful talks yet with one of Australia’s most iconic women. Book your tickets here before they sell out!