Commissioner Katarina Carroll has been a drug-squad detective and operations commander for the G20, and now she’s the nation’s first-ever female fire commissioner. 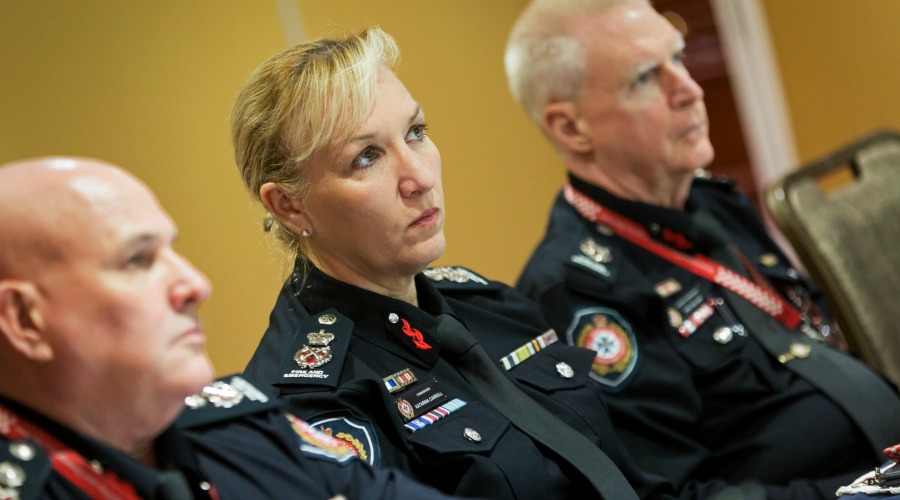 When I ask Commissioner Katarina Carroll about her greatest career moment, there’s a pause. I’m not at all surprised – the Commissioner has no run-of-the-mill resumé. She was a detective during the Fitzgerald inquiry, the operations commander for the largest peacetime security operation in Australia’s history, G20, and last year she was appointed Commissioner of the Queensland Fire and Emergency Services (QFES). She’s also the recipient of so many international national and state awards – including winning the Government and Academia category of the 2015 Telstra Business Women’s Awards – that there can’t possibly be any room left in her pool room.

Hard work is in Commissioner Carroll’s DNA. The daughter of Croatian immigrants, she was brought up in far-north Queensland on a tobacco farm. From a young age, she was working in the fields. “My brothers and sisters and I were driving tractors, trucks, motorbikes and cars from 10 or 11. After school and on weekends I’d be ploughing the paddocks. It was an industry that a lot of Croatian and Italian immigrants fell into. It was tough, but my background has given me and my siblings an incredible work ethic. The hours that we worked and how we worked as a family really set me up for my career; I wouldn’t be where I am today without that.”

Her parents worked hard to send her to a Catholic boarding school when she was 12. She excelled at sport, and was drawn to the police force from a young age. “Two of my good friends at school had fathers who were police officers in small communities. I’d watch how their fathers interacted with the community and how the community loved them,” she says. Aged 19, she joined the police force – it would be her career for the next 33 years. When she joined, in the early ’80s, just 3 per cent of the police force was female – and sexism was rife. ”I did find it tough initially. I’d come from a girls’ boarding school that was run by highly intellectual, independent women, and I was taught I could be anything. Suddenly, I had supervisors that where telling me that was I was doing was a ‘man’s job’.  Thankfully, things have changed a lot.” Three years in, the Commissioner swapped her police uniform for plain clothes, and worked as a detective for 15 years. She was part of the squad that started the infamous Fitzgerald inquiry, which exposed corruption in the police force and resulted in the deposition of Queensland premier Sir Joh Bjelke-Petersen. It also resulted in inclusions for diversity as part of the reform, as well as promotion by merit. “After the Fitzgerald enquiry the number of women increased dramatically,” the Commissioner says.

Katarina says life as a detective was a lot harder than CSI makes out. ”It’s not extraordinarily exiting or glamorous, and we don’t have the technology that crime shows portray. It’s hard work solving crimes. But I loved it.” She did detective work with the drug squad and time with various criminal investigation branches as well as the Joint Organised Crime Task Force and the Internal Investigations Branch. After playing Sherlock for so many years, the Commissioner moved into managerial roles, working her way up to assistant police commissioner and then acting police commissioner. She could have happily stayed in the police force forever – but opportunity came knocking to work on the G20 summit. She says it was the two most stressful – and rewarding – years of her entire life. It was the biggest peacetime operation in Australia’s history, and it was a huge success thanks to the Commissioner’s meticulous planning, and the fact she surrounded herself with good people. 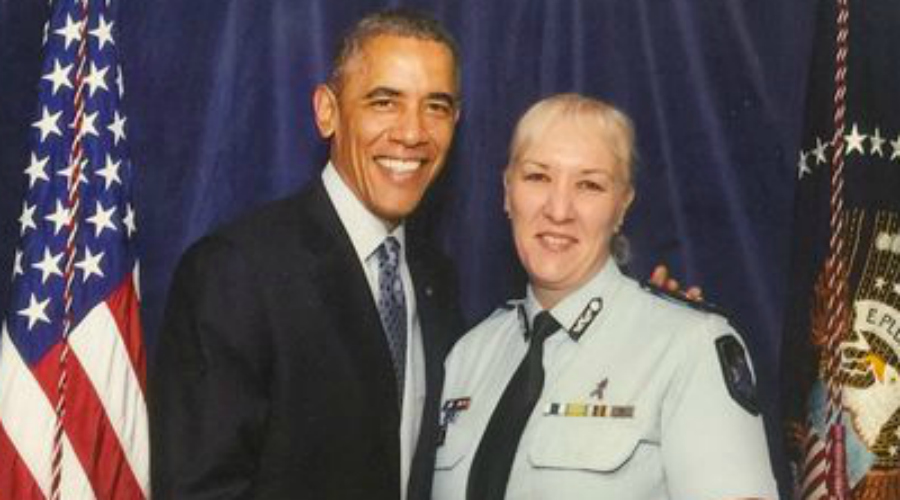 After pulling that off, you’d think it would have been easier for the Commissioner to ride off into the Queensland sunset and spend time with her husband Michael and children Connor, 14, and Martine, 12, in Brisbne. But no – it was on to the next challenge: she was called in to help overhaul the troubled Queensland Fire and Emergency Services, which were plagued by sexism, bullying and misconduct. Straight off the bat, she started implemented reform, and today the QFES is in a much, much healthier workplace. So what have the challenges been in leaping from one industry to another? “Jumping from an organisation I knew to one I didn’t know – with people who weren’t happy about me coming – was the toughest time of my career. But all I could do was to be true to myself and to my senior executives and be honest and say, ‘I’m here for a purpose, however we have to take this organisation forward together’, and that’s been my approach. But the police force and the QFES are both about serving the community, which is something I’m very passionate about.”

On an average day, the commissioner attends a lot of strategy and policy meetings at a high government level. She also spends a lot of time travelling around the state, talking to “my people”. It’s clear that she’s passionate about putting people first. “When I started in this role, I spent a lot of time going around the state and talking to the staff. I am very mindful I put time in my diary to chat to people. Some of the biggest issues come from talking to frontline staff and they’re easy to resolve.” While she works long hours, the commissioner always makes time for children, juggling the workload with her husband.

But back to that greatest career moment. After a few moments, she tells me it was the G20, where she commanded 6,700 police officers and providing security for 26 world leaders, keeping presidents, prime ministers, royalty and diplomats from all over the world out of harm’s away.

“I was honoured when I was asked by my commissioner to take on the G20 role. He could have asked anyone; he asked me. But what I am most proud of is that such a large-scale operation is rarely ever executed well because it is so complex and there are so many issues around protests.

“And when the last leader flew out of Brisbane, I thought, “Oh, God, I’ve made it. We’ve done it. We’ve pulled it off. We’re safe.” Not a bad legacy to leave.