Victoria Stuart and Stephanie Reuss are changing the game when it comes to returning to work after maternity leave with the launch of Beam Australia. 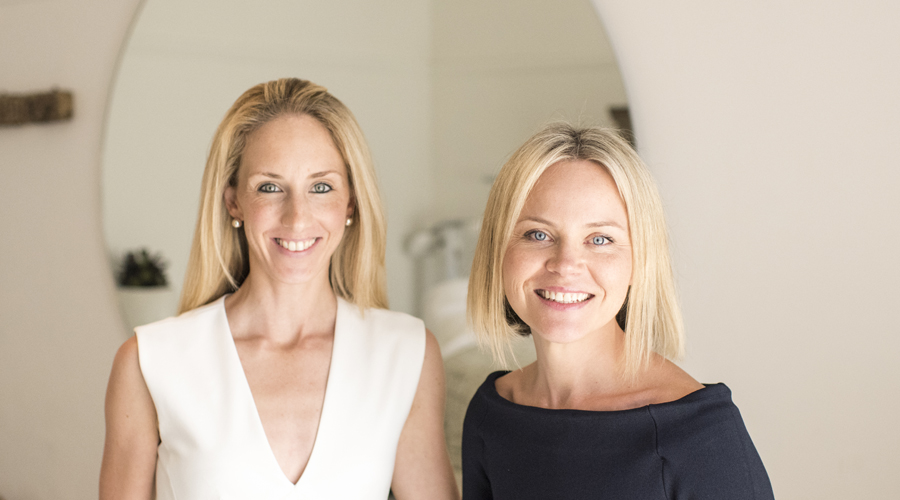 It was the phone call that changed everything for former Google executive, Victoria Stuart.

The Business Chicks Premium member had left her young son Hugo with the family’s nanny that morning with a slight cough. Hours later, Hugo wasn’t breathing properly. At the time, Victoria was at a meeting in Melbourne more than 900kms away.

“It was a real turning point for me,” says Victoria. “My nanny calling and asking me if my five-year-old could effectively take my place in the back of the ambulance. I just thought, ‘What am I doing?’”

“I wasn’t there when my family and my son needed me, and I thought there has to be a better way.”

Many working parents feel the tug of being pulled in different directions, but it was this pivotal moment (which turned out to be a mild asthma attack – Hugo’s fine) when the wheels well and truly fell off. Rather than jumping off the corporate bandwagon, she along with longtime friend Stephanie Reuss, who has a background as a Managing Director with CEB, are instead turning the traditional full-time workforce on its head.

The idea to launch Beam Australia, an online marketplace matching highly experienced parents looking to step back into the workforce with businesses who value and need their skills, had been ticking away for months. Both women have three kids each, 5, 3, and 1, and found it increasingly harder to transition back into the workforce after each subsequent new addition to their families.

“We would jump on the phone on the morning commute after dropping the kids at daycare to talk about our idea. We’d be feeling guilty for leaving our kids in tears, and we knew that other parents had to be going through the same thing,” says Victoria.

It’s not that the companies they were working for at the time weren’t willing to be flexible. They found like many working parents; they fell into the trap of cramming in extra hours at home to make up for being out of the office. And the stresses associated with that meant they weren’t able to be present for their children in the way they wanted to be.

“More often than not, flexible work arrangements mean that working mothers end up working five days into four, putting more stress and pressure on families. Or there’s the expectation that after the school pickup, you’ll jump back online for a few hours at night,” says Victoria.

The duo initially tested the market from October to December, with resounding success. “We had an influx of companies who were overwhelmingly positive that an option like this existed – or could exist in the market,” says Stephanie.

A review by the Australian Human Rights Commission into pregnancy and parental leave discrimination found that 1 in 2 women (49 per cent) of all mothers surveyed reported workplace discrimination while pregnant, on leave or when returning to work from maternity leave. Of those mothers, 32 per cent resigned or dropped out of the workforce completely. And we know the financial flow on effects for women, who end up retiring with much less superannuation.

“We found in our research that companies, including big corporates, do want to hire women. But if companies are only engaging 25 per cent of the workforce, they’re effectively missing out of 75 per cent of the talent pool,” says Stephanie.

“If a small company has a budget of 60K to hire a marketing person, they might get a graduate with not that much experience out of uni. Whereas they could invest that same 60k into a part-time, but high calibre employee worth 120k in the market, with vast experience to propel their business forward.”

Their growing database of talent – called ‘Beamers’ – must have a minimum of seven years’ professional experience and go through a strict vetting process to ensure they meet the corporate standard before being accepted to the program. Same goes for employers. Beam supports both parties right through the recruitment process, from the initial Skype or FaceTime meeting to securing an interview, and all work arrangements have to be contractually signed off by both parties and Beam Australia.

“Our ‘Beamers’ have a lot to give professionally. They typically have 10-15 years’ experience in the workforce and are a valuable asset to the company. We’ve found that people want flexible part-time roles that they can do while their children are at school without having to down skill, and most importantly, want to work for a company that is aligned with their values,” says Stephanie.

“We see Beam as a viable option for women and men wanting to return to work or even wanting to support a side-hustle venture, rather than running paid errands on Airtasker or working in a part-time job in admin just because the hours are flexible.”

It seems so obvious that of course women and men shouldn’t have to drop out of the workforce once they’ve become parents or need more flexibility in their lives. Wanting intellectual stimulation from our jobs, keeping our career skills current and earning an income shouldn’t be such a hard task in 2017, but for many of us, it’s a constant juggle. Bravo to the two women who are taking progressive action to make this movement a reality.

If you’re a professional looking for a part-time career solution or a business that needs experienced staff, get in touch with Stephanie and Victoria below.