What do Talitha Cummins, Katie ‘Monty’ Dimond & Tracey Spicer have in common?

What do Talitha Cummins, Katie ‘Monty’ Dimond & Tracey Spicer have in common?

It is a club no one wants to join and yet membership is bursting at the seams. 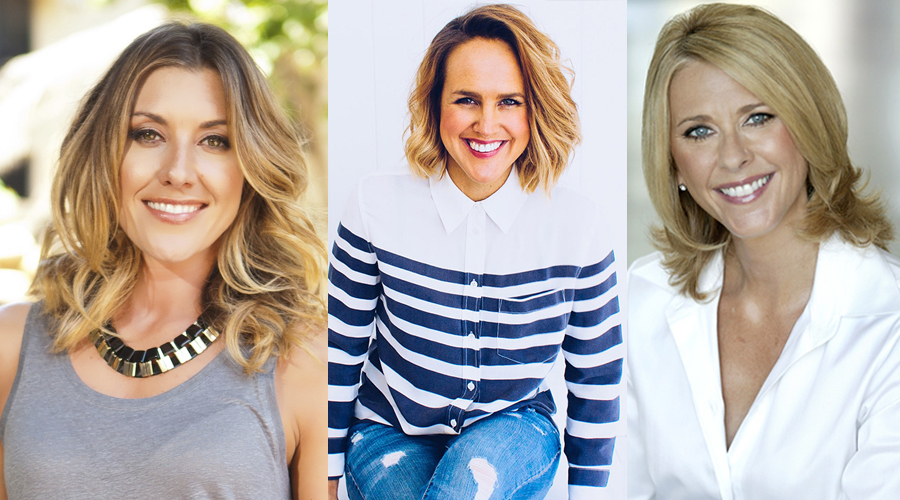 It is a club no one wants to join and yet membership is bursting at the seams.

The price of admission is steep: it requires a woman to lose her job while she is either pregnant or on maternity leave. And, one in two women in Australia qualify.

Channel 7 newsreader Talitha Cummins has brought the shameful subject of pregnancy discrimination back into the public eye this year.

Nine weeks after Cummins’ son was born, she was called and informed she was no longer under contract. She had expected to return to her weekend newsreading role but was offered a temporary contract for a weekday 5am slot instead that would require her to be in by 3am each day.

Cummins is taking on her former employer for unfair dismissal.

“I have never wanted any bad blood with my former employer, and I have tried to settle this matter in a manner that recognizes my rights under the law, unfortunately we have not been able to reach anything like a reasonable settlement.

“The issue at stake is an important one, not only for me but for many women, as I’ve observed in practice,” she explained. “Many aren’t in a position to defend their workplace rights. I’m in the fortunate position where I can. I also have a child now and I feel it’s important to set an example for him about respect for women in the workplace.”

Her story and experience has resonated with far too many women who know, all too well, the financial, personal and emotional ignominy of being cast aside by an employer upon falling pregnant or giving birth.

For Tracey Spicer and KISS FM host Katie ‘Monty’  Dimond it more than resonates: it enrages. Cummins’ treatment reinforces that, despite several years passing by, the discrimination they both faced remains rife in workplaces.

Five years ago, when she was in the early stages of her first pregnancy, Monty, who was co-hosting a Sydney breakfast radio program, told her bosses her news. Legally she wasn’t obliged to but in the spirit of honesty she divulged why she was unwell: she told her bosses before she told her family.

Returning to work after two weeks off was unsettling, as she wrote over the weekend:

“Three male bosses told me that because I was off for two weeks the audience would no longer be used to me talking, so I was just to support my two male co-hosts with their stories.

I knew they wanted me gone, but they were going to have to fire me because I had just moved my life from Melbourne to Sydney. I worked hard and I had not committed a crime, I was having my first baby.

I was back on air for one week when my manager was told that I was no longer going to be on the show. My boss didn’t even tell me to my face that I had lost my job.”

It was a nightmare that still makes her blood boil. Speaking about her own experience on radio last week was the first time she has spoken about her experience publicly.

“Five years on and I am still really angry because this bullshit is still going on. Women are being punished for having children all the time.

No one should be made to feel like they have done something wrong or let someone down because they are having a baby. I haven’t seen those bosses since I left that radio station, to be honest I don’t ever want to again. I am still so angry about how it all went down, and I am angry at myself for not standing up for what was right. At the time I was scared, I felt if I spoke up my whole career would be over. I was wrong.”

In 2006 Tracey Spicer was sacked from Channel 10 via an email shortly after returning from maternity leave. She successfully pursued legal action against her former employer of 14 years for discrimination.

“Stay strong, hold your course, and reach out for help when you need it. If more women take action over this kind of behaviour — which, I should add, is illegal — the less likely employers will be to discriminate.

“Talitha, the women of Australia are behind you. And, judging by the hundreds of emails I received after I was ‘boned’ — from brothers, fathers and sons of women discriminated against in the workplace — there’s a whole lot of support from the fellas, as well.”

“Talitha Cummins, you are doing the right thing. You are making an important stand for so many women. Me included.”

It is a travesty that women are still facing blatant discrimination upon falling pregnant, giving birth or returning to work.

UPDATE: Talitha Cummins has reached a confidential settlement with the Seven Network in court today. She will not be reinstated at the network.

This article was first published on Women’s Agenda, and has been republished with full permission.