Ready to take your business to the next level? Join Business Club today!

The movement to end domestic violence in a generation

The movement to end domestic violence in a generation

Rebecca Bodman sat down with Catherine Fitzpatrick to discuss the bank’s holistic strategy and its focus on domestic and family violence. 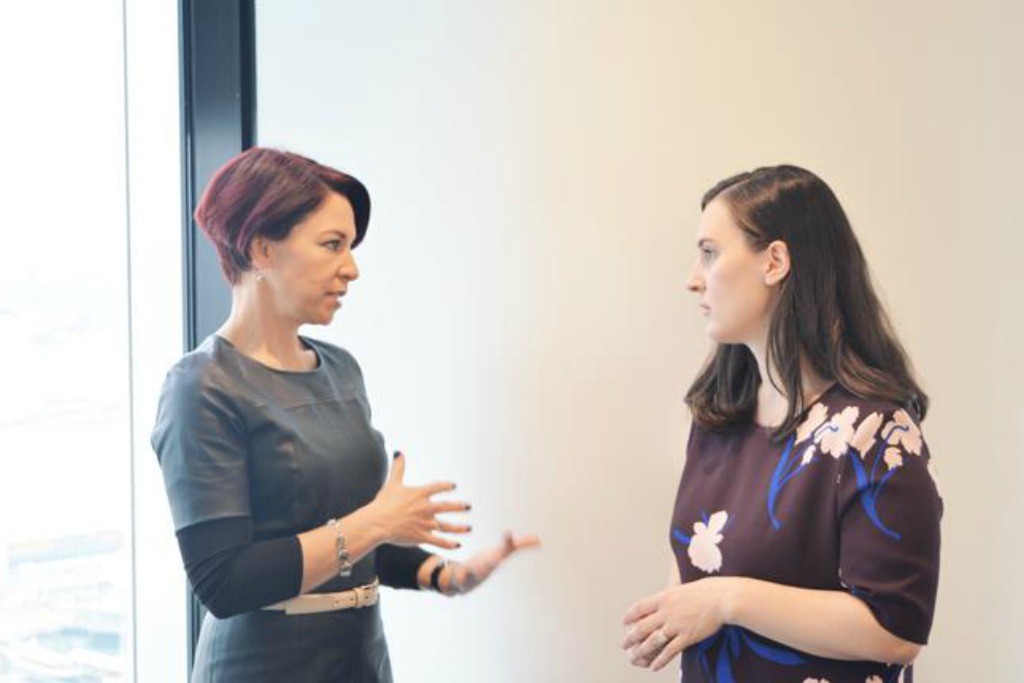 When Rosie Batty gets behind a microphone, people stop and listen. After her 11-year-old son Luke was killed by his father in a violent attack, the horrendous event shook Australia, and her advocacy work since has forced an unprecedented national focus on an epidemic of family violence. In 2015, Rosie was named Australian of the Year and given a powerful platform to ignite conversation and influence change, including speaking at a Male Champions of Change event (Ian Narev, the managing director and CEO of Commonwealth Bank, is a member). Ian was deeply moved by Rosie and was inspired to use his position of influence to contribute to change too. “Ian came back and said, ‘We need to do something,’” says Catherine Fitzpatrick, the woman who put her hand up to ‘do something’, leading the bank’s domestic and family violence strategy.

The experience Catherine will never forget

The corporate affairs executive began her career in media. “As a young journalist, I was profoundly affected by meeting and interviewing Ann O’Neill,” Catherine tells me. Ann woke up in hospital after her estranged husband shot her and killed her two young children before turning the gun on himself. Ann now runs angelhands, an organisation that supports those recovering from extreme trauma, and is a survivor advocate. “Her experience has stayed with me for over 20 years, and 20 years later we’re still talking about domestic violence and it’s only really just hit the community’s consciousness. Our overarching objective is to be part of a movement that ends domestic violence in a generation. We know it’s a really aspirational goal. No one has been able to crack it. We wanted to say, ‘What can we do in a generation that is going to make a real change?’”

The bank’s strategy looks at five key areas in addressing domestic violence – providing a safe place to work, supporting customers in crisis, championing gender equality, promoting the financial independence of women and publicly advocating for change. “We know that we’re not the experts on domestic violence. So we went and spoke to experts – academics, service providers, the government, various other people who deal with survivors and victims of domestic violence and people who deal with perpetrators,” Catherine says. “We were looking at two things: how should we respond as a large employer? And how should we respond as an organisation that has a footprint that’s incredibly huge domestically, but also globally? We obviously have expertise in financial literacy, financial education and financial wellbeing, so we wanted to put something together that reflected our expertise, coupled with what the experts were telling us. That really informed the five pillars of the strategy. It was really about coming up with a strategy that we co-created with experts, understanding how that made sense for our business and then we pulled together a working group from a lot of people across the business that have expertise and run business units and said, ‘What does this look like for us?’”

The bank knows that at the core of Australia’s domestic violence epidemic is gender inequality. “We couldn’t have put together this strategy without doing a lot of work on gender equity beforehand,” Catherine says. Commonwealth Bank are leaders when it comes to their commitment to gender diversity in leadership, recently announcing a new target of 40 per cent for senior women in executive manager and above positions by 2020, as well as a 30 per cent gender target for the Board by 2018. And 50 per cent of direct reports to the CEO will be women by end of the 2016 calendar year.”

Why employers need to act

The strength of the bank’s domestic and family violence strategy has been the commitment from across the whole business. Ian Narev is driving and leading the change, which is quite significant, but it’s not just a bunch of execs in a boardroom paying lip service to the issue. “Ian actively sponsors this program and models and talks about it. At the beginning of the year he briefed our top leaders on the strategy; he put it on the radar that this is important to us as a business,” Catherine says. “We’ve been told by different organisations that they haven’t come across a company that’s thought about it in this way before. We know that with around 50,000 employees we’re like a small city, and the ripple effect if we can educate everyone in our business on why this happens and how we can contribute to helping to stop it, is going to be enormous. We have been overwhelmed internally by senior members of staff from all parts of the business putting up their hands to offer support, to volunteer, to provide resources to make the strategy successful. The true success of it has been a combination of sponsorship, a really good strategy, harnessing the good will and expertise of our people and then engagement across all business and support units to say, ‘How does what you do fit into this?’”

As an employer, having a strong strategy in place for domestic and family violence simply makes good business sense. Our Watch, an organisation driving nation-wide change in the culture, behaviours and attitudes that underpin and create violence against women, says that the combined health, administration and social welfare costs of violence against women have been estimated to be $21.7 billion a year, with projections suggesting that if no further action is taken to prevent violence against women, costs will accumulate to $323.4 billion over a 30-year period from 2014-15 to 2044-45. “As an employer we know it’s an uncomfortable truth that we would have victims and perpetrators who work for us,” Catherine says. “If you have people who are experiencing domestic violence you have absenteeism; loss of productivity. We are very focused on employee engagement and making sure we have a safe and engaging place to work. We are an incredibly inclusive workplace, we want people to bring their whole selves to work, so if people are struggling, we support them. We have domestic violence leave, we have an employee assistance program and many other measures.”

As well as looking at how they can support their employees, the strategy also looks at how the bank can support their customers and the wider community. “Once our people are educated on the issue, to the next step is to talk about how we can better support our customers in crisis. We’ve been talking to survivors about how a bank could have helped them. That’s informing us on what we can do better for victims. There are a number of regulatory impediments to things that we could do, like when people have joint accounts and the liabilities that go with that. That’s something we’re thinking about – are there things that we should be advocating publicly for or policy changes that might help people in crisis?”

Impacting the wider community, Commonwealth Bank runs a financial education program in schools called Start Smart, reaching half a million children a year. The program aims to change the way children learn about money, teaching financial literacy and empowering kids to make smart financial decisions. “We asked Our Watch to review the curriculum with a gender-equity lens – we wanted to know if we were teaching the right principles on financial education to stop financial abuse and promote financial independence. It’s the first of its kind of a review in the world.” The recommendations Our Watch made have now been implemented across the program.

Elizabeth Broderick was absolutely right when she said the fight against domestic violence must be fought in the classrooms and boardrooms, not just the courtrooms of this country. And if more organisations, large and small, start to think, and most importantly act, like Commonwealth Bank – and follow their lead in the domestic and family violence space – we might really have a chance at ending this epidemic.

If you or someone you know is impacted by sexual assault, domestic or family violence, call 1800RESPECT on 1800 737 732 or visit 1800RESPECT.org.au. In an emergency, call 000. For more information about a service in your state or local area download the DAISY app in the App Store or Google Play.