Amanda’s big break (after diving headfirst into the unknown)

Amanda’s big break (after diving headfirst into the unknown) 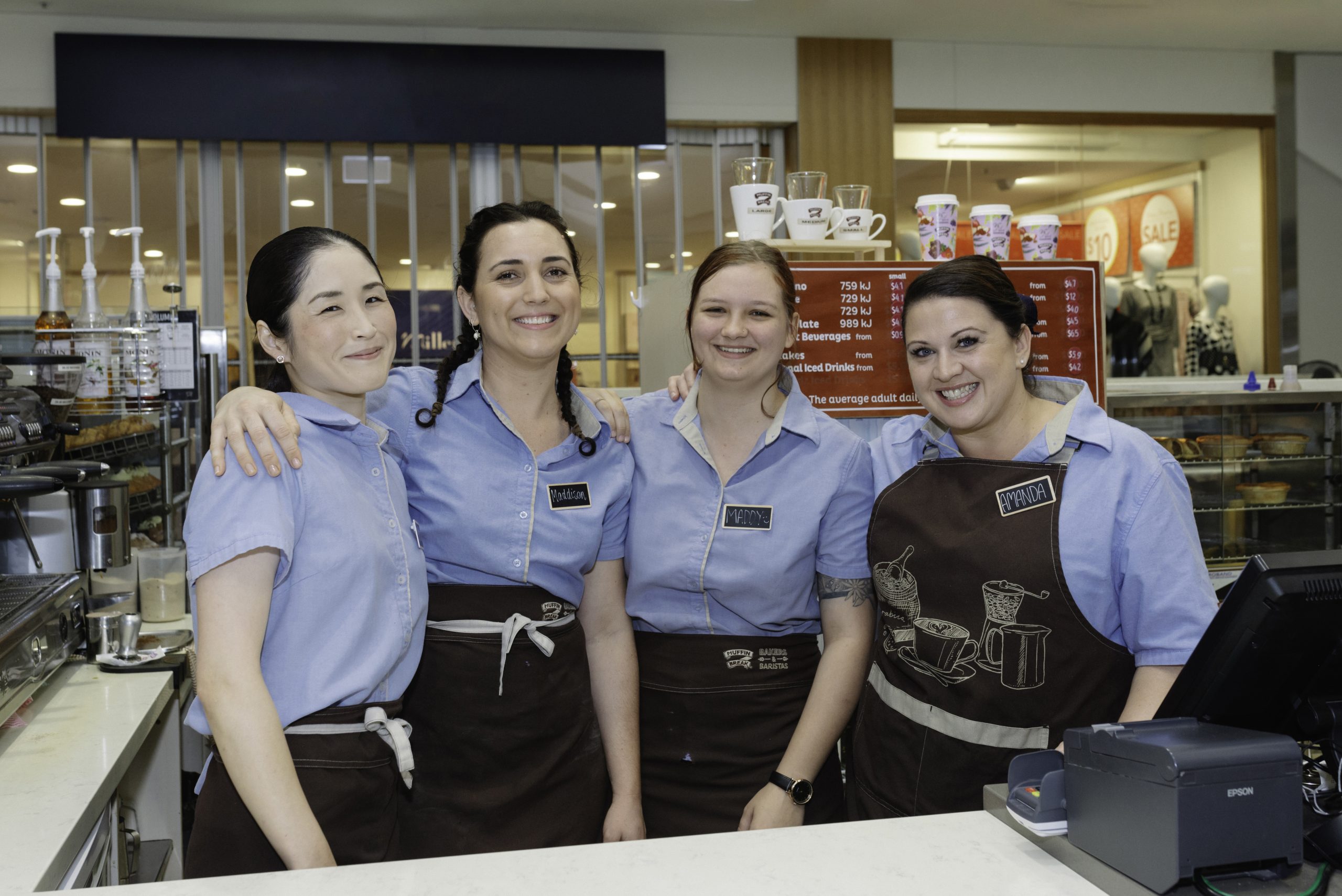 When Amanda Krohnert bought her Muffin Break franchise in Kawana on the Sunshine Coast, she was diving headfirst into the unknown. It was a gamble that has well and truly paid off, with Amanda raising her family and building a booming business – all on her own terms.

There are, in life, what are known as ‘calculated risks’. For Amanda Krohnert, this is precisely what a brand new franchise business seemed to be; with no hospitality background, no experience running an enterprise, and zero knowledge of what buying into a franchise meant, it was certainly a step outside of her comfort zone. But it was a step Amanda was willing to take, with a view to creating a balanced family lifestyle and a secure financial future.

“I’d just moved back to the Sunshine Coast and married my husband in 2004, and I was working in sales. I knew I wanted to run a business that was not too small, but was something I could step away from and entrust my staff to run it when I wasn’t there. I actually looked into a number of independent cafés as well, but I really liked the structure and support of the Muffin Break franchise,” Amanda shares.

When the Kawana location became available, Amanda was ready to pounce. She convinced her parents to go halves, and they formed a partnership with her dad running the books, her mum working on customer service, and Amanda running the store overall.

“My husband doesn’t have anything to do with the business, but it’s a family business owned with mum and dad, so our rule is: when you leave work, you don’t talk about work. There’s a time and a place for things to be discussed and other people don’t want to hear you talk about the business all night!”

Initially, Amanda admits, her plan was to learn as much as possible about running a lean and efficient business through Foodco, the parent company of Muffin Break, so she could leverage that information into her own independent enterprise.

“One of the reasons we went through a franchise was because we wanted that support; I thought I would do five years with them and then we’d strike out on our own. But we’ve had such a great experience, we never left!”

Very swiftly, however, Amanda learnt the lesson that most business owners learn early on: when you first launch, and often for a few years afterwards, you’re the busiest you’ve ever been. 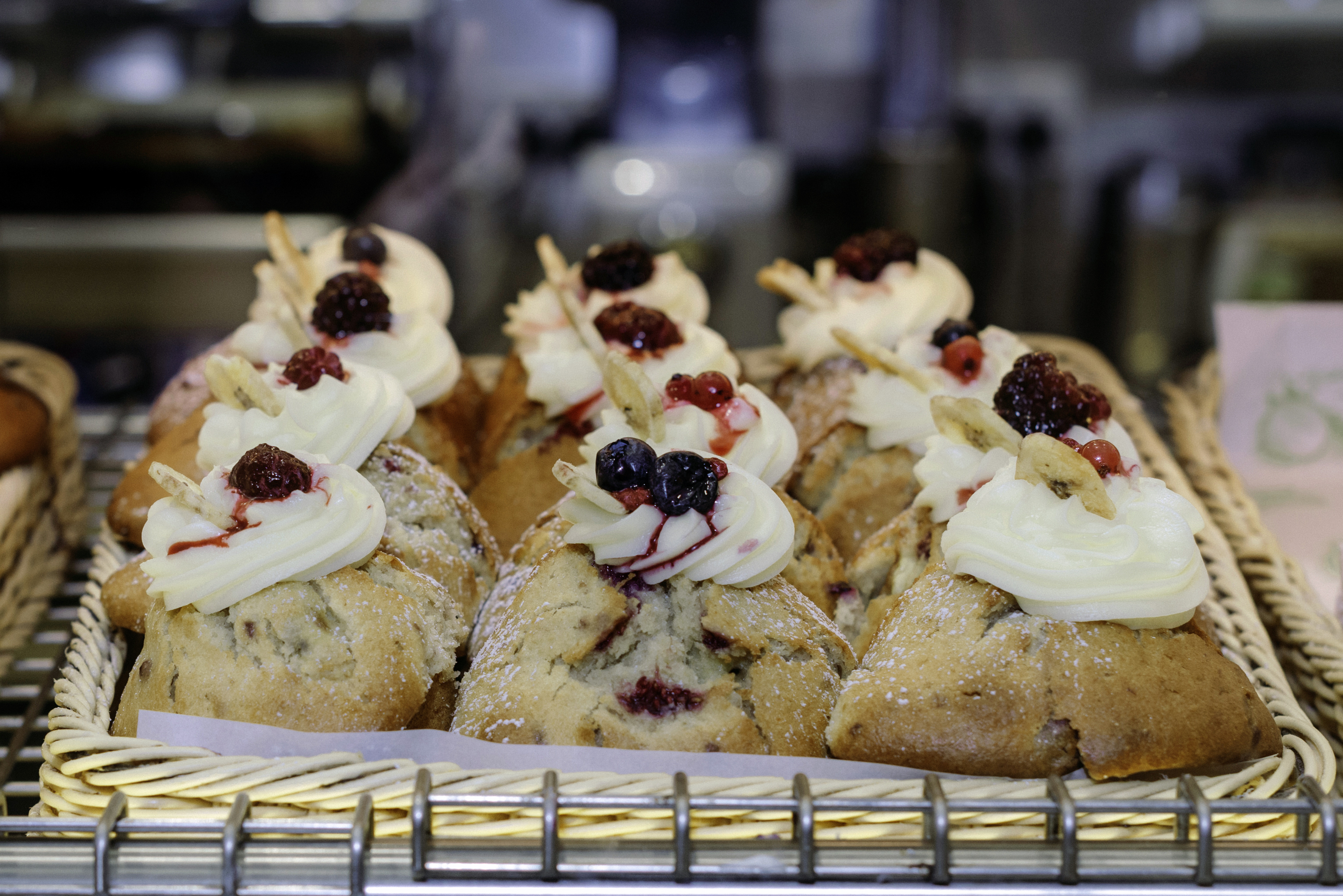 Dreams of a luxurious work-life balance are just that – dreams – as you hustle to grow and perfect your systems and processes.
“Time management was really hard at the beginning; it felt impossible to leave work behind. There is just so much to be done and you need to be a jack of all trades. The first five years really goes so fast,” she says.

During this time of rapid business growth, Amanda was also busy on the home front, as she and her husband welcomed her first daughter Jessica in 2007, and their second child Matilda the following year.

“It is hard to run a business when the kids are really little. I’d ring in to the store every day when I wasn’t there, but I had two children under three. I was very lucky having my mum there for support,” Amanda says.

“As a working mum, when I was in the store I’d get the guilts for not being at home with the kids – then when I was at home, I’d feel guilty for not being at work. My mum used to say, ‘Stop being so hard on yourself’ and I really wish I’d listened to her more.”

Her own experiences as a working mother have certainly informed her hiring choices, as Amanda now makes an effort to employ a diverse range of staff members – including parents.

“When I hire a mum, I know that if their kids are sick then they have to go. We’re a busy store, but we’ll work around it,” she shares.

“We have everyone from 15-year-old school kids to uni students to mums. I feel like I can offer a job for a mum and be flexible, as that creates a real win-win. One of our team members, Bridget is a mum of four, and she’s great. She’s often got things on for the kids – school sports, parades, awards, things that mean she’d like an afternoon off here or a Saturday off there. She communicates that to me and I can roster around it.”

With a team of around 16, she admits that retention and rostering “is probably the biggest challenge”, but her strategy for success is to do exactly what she did – and throw her incoming recruits right in the deep end.

Since first purchasing the franchise almost 13 years ago, Amanda’s mum has retired out of the day-to-day operations – “Customers still stop past and ask about her every day!” Amanda shares – and the store has been through three full refurbishments, and a store relocation.

“With refurbs, I always aim to be as involved as I can. Ultimately it’s my money and the upgrades have to happen in accordance with the shopping centre and the franchise, but I’ve been though a few of them now, and I have been really involved,” Amanda says.

“It still surprises me, the way that franchises were seen, or still are seen, in the respect that people think you don’t have a say; I can’t remember any time where my opinion didn’t come into it. There is obviously a structure and factors that need to apply, but if you say let’s work it like this or that, they’re always up for ideas. You’re the one at the front line in the store, after all, so if you’re going in the direction that will move them forward, they’re open.”

Today, Amanda’s location is one of the highest volume stores in Australia. Her business has won awards, including Queensland Franchise of the Year, and her dad still works out the back a day or two every week, baking fresh goodies for the locals. She also fully trusts her team of casual, part-time and full-time staff who have become part of her extended family.

“Communication is so important – not just with your staff, but with the shopping centre, your business partners, everyone. I make sure I listen to what everyone says,” Amanda says.

“But I think the biggest thing I’ve learnt over the years is to trust your staff. I wish I’d done this earlier, because the truth is, you hire staff because they’re capable – you think you’re the only one who can do everything, but it’s not the case at all. Let them do what they’re good at without hovering over them, and you’ll be surprised at how they show up and really amaze you.”

Read next: How this Aussie founder got her foot in the door at Sephora USA, before she even launched a product