Naomi Simson: 5 lessons from my visit to Facebook HQ

Naomi Simson: 5 lessons from my visit to Facebook HQ

“It’s not about the size of the budget, it is about the intention of the leaders” 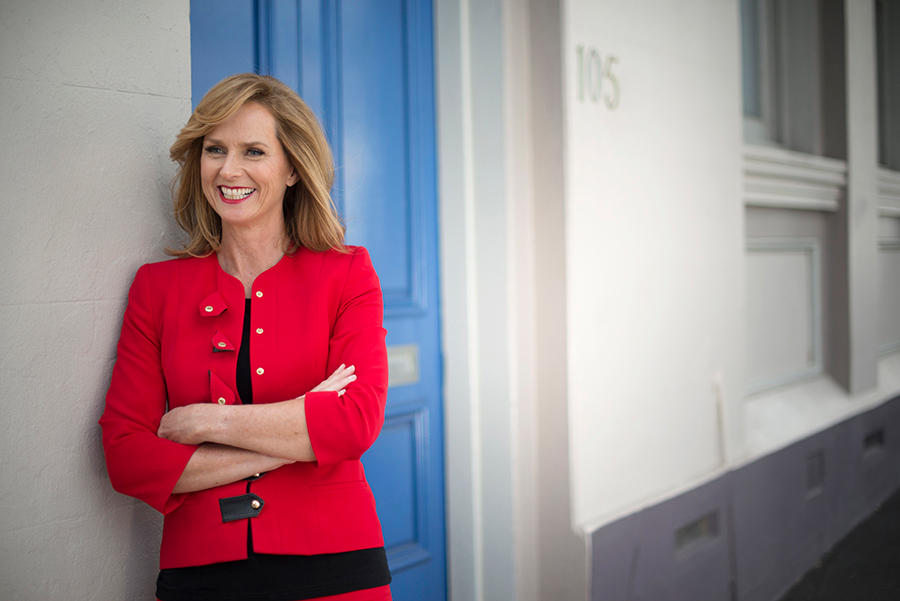 It is no coincidence that as you enter 1 Hacker Way — Facebook global headquarters — it feels like Disneyland… literally.

In 2009 when Facebook purchased the site in Menlo Park from Sun Microsystems (they reversed the welcome sign to remind themselves that success is never guaranteed). Sheryl Sandberg, COO of FB, also happens to sit on the Disney board. She brought the folks in from Disney to help design the look and feel of the campus… and it worked. At any turn I was waiting to see a life sized mouse in shorts.

There is surprisingly little Facebook signage throughout the campus. The belief in staying humble and not big noting oneself is very much a part of the DNA.

As a firm believer in great workplaces and great workspaces I was curious to understand if Facebook was what people had said it would be. As I strolled down the main promenade between the buildings my host Garrett, who works in the global influencer team, shared with us the theory that if you have everything on tap then it saves people time so they can be more productive. But looking around I wondered if the folks at Facebook get anything done. There are 10,000 employees at this campus and photography is fine in certain areas – but no pics anywhere where someone is using a computer. 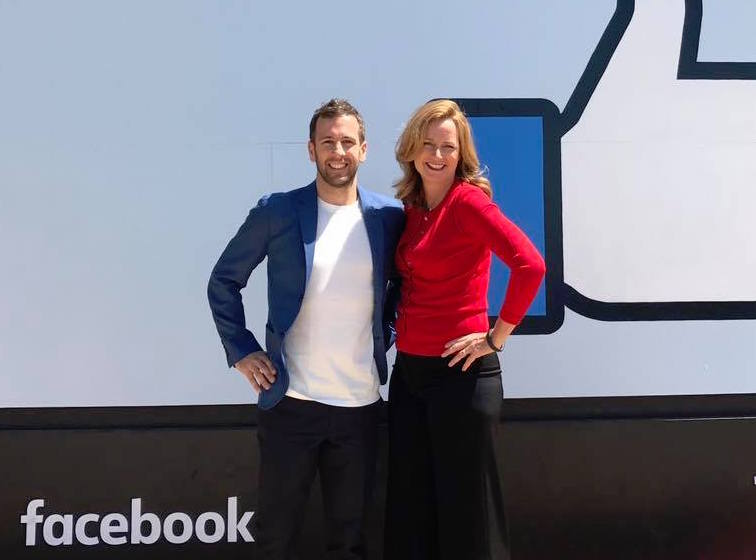 Apart from the endless provision of cafes and food outlets (where everything is free), the merchandise store, the pinball arcade (which used to be a janitor’s closet)… of note was the old telephone box which is a library of print books (available to borrow) and a woodwork shop (that is bigger than the whole RedBalloon office) which also has a screen printing facility. A big way that they share ideas and initiatives is by printing posters and having them up throughout the campus. The print shop/ woodwork area is known as the ‘Analogue Lab’… back to basics when it comes to internal communications not relying just on intranet/workplace or email.

The LCD map to find the location of meeting rooms, the world map showing active users around the planet, the interactive display that calculate the size of audiences based on minute filter criteria, the Instagram booth and display wall of popular hashtags all demonstrate the myriad of ways that technology can be tactile and intuitive.

Still, I wondered if people had any time to get work done.

Basketball teams, sports centres, running tracks, gym — monthly all-hand meetings hosted by Mark Zuckerberg, as well as weekly Q&As with him held in the quadrangle – all encourage team members to be active both physically and mentally. The 36 hour quarterly hackathons which put people from diverse teams together to work on things other than their projects – assist to stimulate that grey matter and drive all sorts of innovations… (I wondered if that was where boomerang came from).

There is a big sense of purpose at Facebook — Garrett expounded the value of delivering internet connection to those who don’t have access whether that is through disability, poverty or geographic region. He spoke of the work done at internet.org to connect everyone on the planet; there is the belief that if people have access to the internet and ultimately education, then it is the ‘fastest’ way out of poverty.

Despite all the perks, one gets the sense that people are focussed on delivering on their projects… the meeting room (plastered in analogue posters) was quick to connect to our other host based in Washington DC… the office there looked exactly the same.

Work is done anywhere, anytime — it is project driven and outcome focused

Our host said it was complicated for guests to catch the shuttle back to the city: “The buses are seen as workplaces and as such they are secure, so it is difficult to have outsiders travel that way”.

Uninvited tourists arrive most days to have a tour…. which is odd given it is a workplace but the tourists seem happy to settle for a photo in front of the 1 Hacker Way sign.

So, here’s what I learned from my time at the Facebook campus:

In summary, I’d argue it is not about the size of the budget, it is about the intention of the leaders…

It was worth the 90 minute trek from San Francisco to see the way other people work (though I did write this post on my own workplace – the train).

This article was first published on Naomi’s website and has been republished with full permission.

Naomi Simson is the founding director of Australian online tech success story RedBalloon and Redii. She has written more than 1000 blog posts at NaomiSimson.com, is a professional speaker, author of Live What You Love & Ready To Soar and is one of five “Sharks” on TEN’s business reality show Shark Tank. Naomi has been a Business Chicks Premium member and supporter for more than a decade.