“It was always the boys who played rugby league growing up – not girls.” 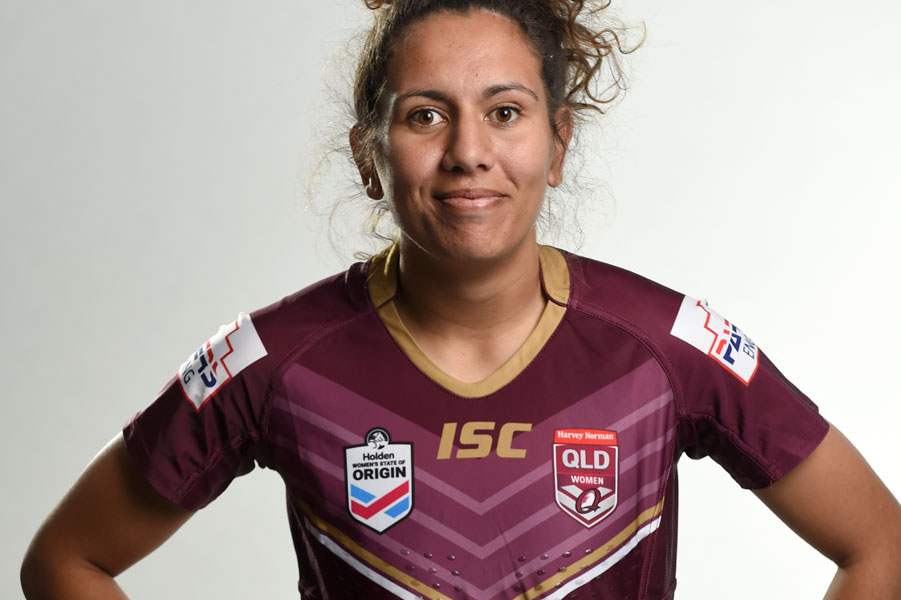 We’ve partnered with the NRL to profile three of Australia’s first female Premiership rugby league players. We all know the adage, ‘You can’t be what you can’t see,’ and these are the history-making women who are showing young girls that they can aspire to play sport full-time, whether it’s NRL, cricket or AFL.

Now, we’re taking a look into the life of Tallisha Harden, who campaigned her sports teacher at primary school to let her play rugby league for just one game. She won, and look where she is today.

Where I come from, sport is the heart of our community.

I grew up and still live in Woodridge, a small suburb in Logan (outside of Brisbane). Woodridge is a really diverse and multicultural area, plus we also take our sport very seriously.  Some of my best friends growing up were Samoan, Aboriginal, Tongan, Cook Islander, and Vietnamese. None of us had much money, but we had each other.

Throwing a footy around at lunchtime or after school at the park with my mates is something I’ll always treasure.

It was always the boys who played rugby league – not girls.

As with most schools in our area, girls played netball or softball and the boys played rugby league. Our primary school rugby league team at Woodridge North State School was really competitive. I’d begged our Health and Physical Education teacher – Mr. Gillam – to let me play just one game of footy for almost an entire term, and he did!

Mr Gillam let me play in a game one week against Marsden State School, and it’s something I’ll never forget. From turning up on school early Friday morning to get my jersey, all the way until kick off and the final siren, I was absolutely buzzing. I’m very grateful Mr Gillam gave me my first ever opportunity. 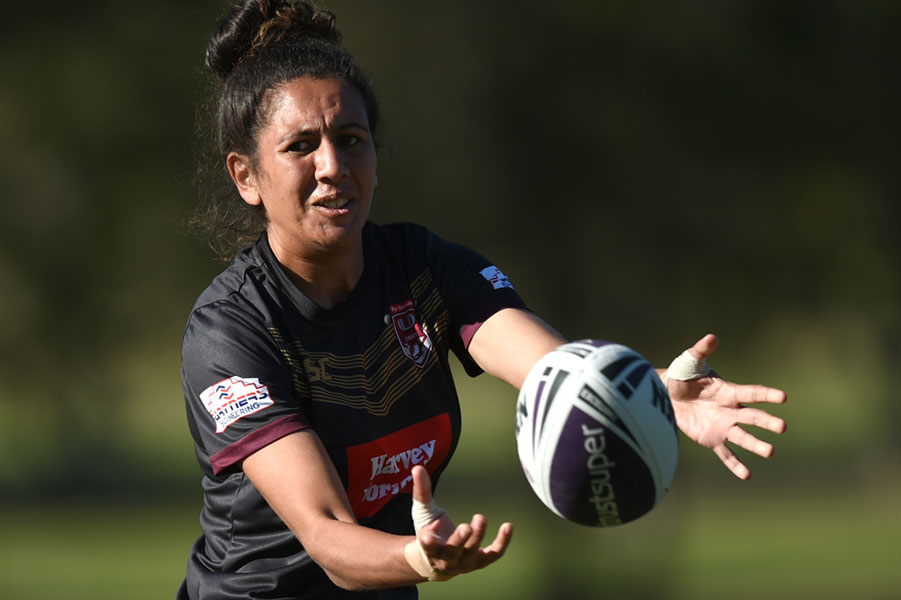 It can be really tricky to balance both but I’m very lucky to have a supportive workplace. I currently work for the Institute for Urban Indigenous Health (IUIH), and they’ve been absolutely amazing by letting me have time off when needed for training or camps, as well as flexible with dropping down to part-time hours over the course of the NRLW Premiership.

I try and be as organised as possible but fail at this sometimes, which is why it’s nice to have a really supportive family and a bunch of friends who always look out for me. Mum always says I fill my bucket up too much, but that’s definitely how I prefer it!

My job teaches me that everyone has a story to tell.

I love working with IUIH and being able to give back to community and mob! I get to spend a lot of time getting to know our families and how we can make their everyday life more functional and accessible, especially from a communication perspective. I’m a proud Indigenous woman and love meeting and getting to know so many different wonderful families and hearing their stories. Everyone is on their own unique journey, and I’m so glad I get to be a part of that, even if only for a small amount of time.

Walking around the shopping centre, people are starting to recognise me.

It’s just crazy to think how far women’s sport has come. Sometimes myself or friends will get recognised in the community. It’s happened a couple of times around my local shopping centre, but my favourite part is just yarning with people. I absolutely love talking to people who may have an interest in women’s rugby league or who just love sport in general. I think with all these changes occurring and the evolution of women’s sport taking off we will be under more pressure, but regardless of what happens, I’m still the same kid from Woodridge, who hates wearing shoes (even in public), and who doesn’t take life too seriously.

Hopefully, my mum will get to see me play at Suncorp Stadium.

My mum was diagnosed with severe post-traumatic stress disorder (PTSD) about five years ago after being involved in a serious workplace incident. For anyone who knew my mum before the incident, she was a really happy, go-lucky woman who came to as many sporting games as she could. She always had no idea of the rules or what was happening but clapped, nonetheless!

After the incident, her personality changed and so did her ability to function in the community. Mum has probably seen me play five games of rugby league live in five years because of her PTSD, depression, and anxiety are so crippling.

Leaving the house, talking to others and even talking to family can be really hard for her. Sometimes she struggles to go outside for more than 30 minutes a day. So to hear her say that she might come to Suncorp Stadium for an NRLW Broncos game this year has been super motivating for me to train hard and try and earn a jersey. To have her watch me run out with the girls would be such a special moment.

I don’t mind how long I play; it’s the opportunity.

Regardless of whether I play for 20 seconds or 20 minutes, I’m just so grateful to have this opportunity and can’t wait to see how the competition turns out. Each team wants to win the inaugural Women’s Premiership so there will definitely be a lot of quality footy played!

And, hopefully, one day we can have an NRLW competition that is run alongside the men’s competition.

The Grand Final for the NRL Holden Women’s Premiership will be played on the same day as the NRL Telstra Premiership Grand Final – September 30th at ANZ Stadium. Tickets are on sale for this now at nrl.com/tickets

Follow the journey of the NRLW on social @wrugbyleague and use #NRLW and #OurWay to join the conversation.