Nic and Lucas shared their story over breakfast this morning on the Gold Coast. 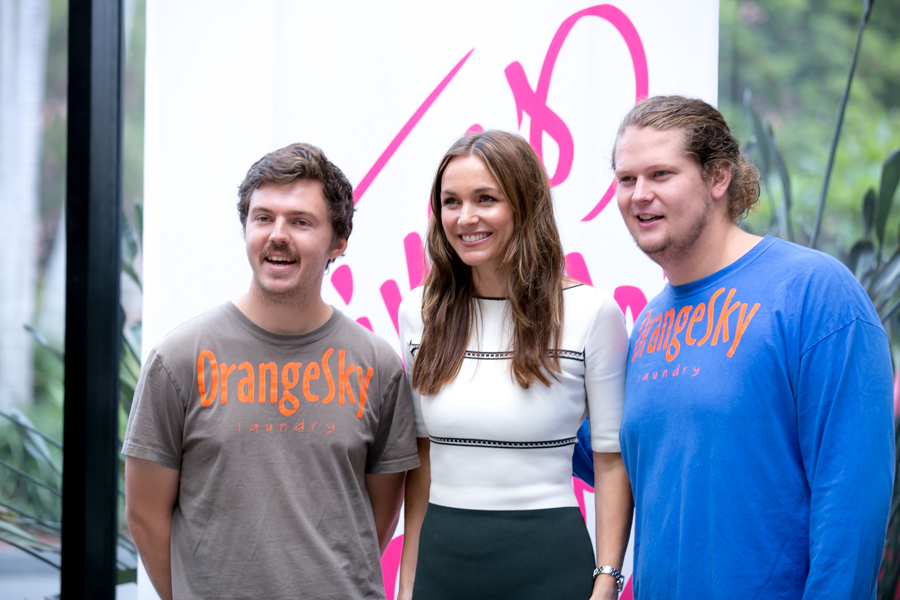 When Lucas Patchett and Nic Marchesi, now 23, set out with their first mobile laundry three years ago to wash the clothes of homeless men and women, little did they realise the impact their conversations would come to have on them both personally and for the evolution of Orange Sky Laundry.

At our breakfast event on the Gold Coast this morning, Lucas and Nic shared their startup story; along with seven other powerful stories of their homeless “friends on the street” they’ve met since launching in 2014. 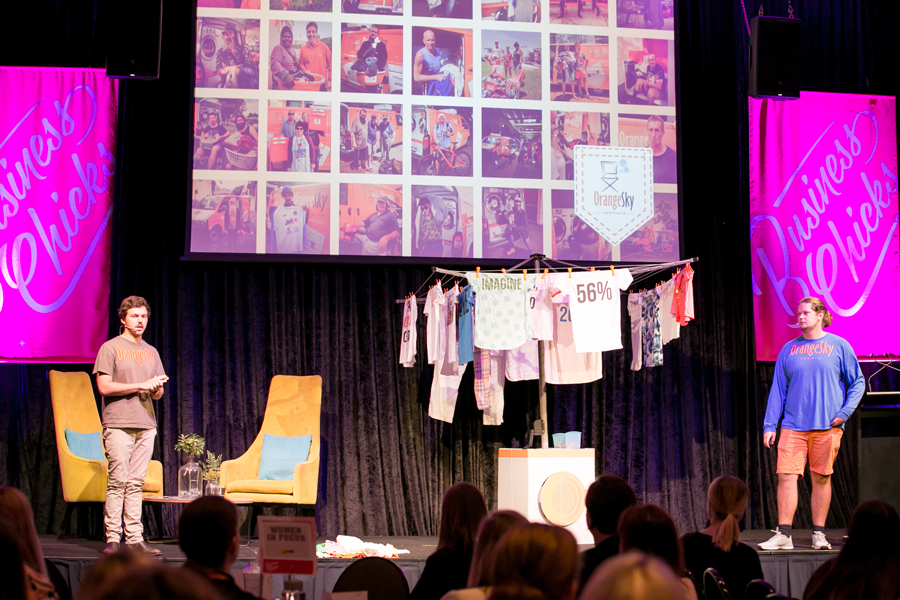 Today, Orange Sky operates 21 mobile vans servicing 149 locations with over 1400 dedicated volunteers Australia-wide. Their vans wash and dry over 6.9 tonnes of clothing and bedding for the homeless every week across Australia, but starting out wasn’t without its challenges.

Lucas and Nic had two false starts on day one and day two of Orange Sky’s launch. Admittedly, without much experience washing their own clothes, the pair broke two sets of brand new, donated washing machines and dryers before they successfully washed their first set of clothes. Those clothes belonged to Jordan, a young man living on the streets of Brisbane. Jordan put his faith in Lucas and Nic, coming back three days in a row until they were successful on their third day. After seeing the disappointment on Jordan’s face after failing on day one and day two, Lucas and Nic knew at that moment they couldn’t be one more person in Jordan’s life who had let him down.

They persevered, and on day three their first van, ‘Sudsy’ was in business.

Nic and Lucas had been so focused on setting up the van and the logistics of the operation that once they were able to hit go on the first wash cycle, they hadn’t put much thought into what would happen next. They spent the hour talking with Jordan and soon discovered that he grew up near Lucas and studied the same degree at the same university before falling on hard times.

“We’d been so blindsided by getting this thing up and running and technically making it work that we had absolutely no idea what to do next,” Lucas said. “In the hour that it took to wash and dry Jordan’s clothes, we just sat and talked.”

“That conversation changed my life and the evolution of Orange Sky.”

“Jordan talked about how he’d gone to school up the road from me, he’d gone to the same university I was currently studying at, and he’d studied the same Engineering degree that I was studying at the time,” Lucas said. “Jordan talked about the positivity that Orange Sky was bringing to the community. And here we were, these two idiots who rocked up three days in a row, broke the van on the first day, rocked up again, and broke it again on the second day. But the fact that we were coming back was bringing positivity to that park environment.”

“That conversation changed my life and the evolution of Orange Sky.”

This accidental conversation has become the cornerstone or ‘magic’ (as Lucas describes it) of Orange Sky Laundry. Rather than be impressed by the tonnes of clothing they’ve washed to date, Lucas and Nic say it’s the six orange foldout chairs that the volunteers use the hour wash cycle time to talk and connect that makes a difference. That equates to over 75,000 hours of positive, genuine and non-judgemental conversation every week. 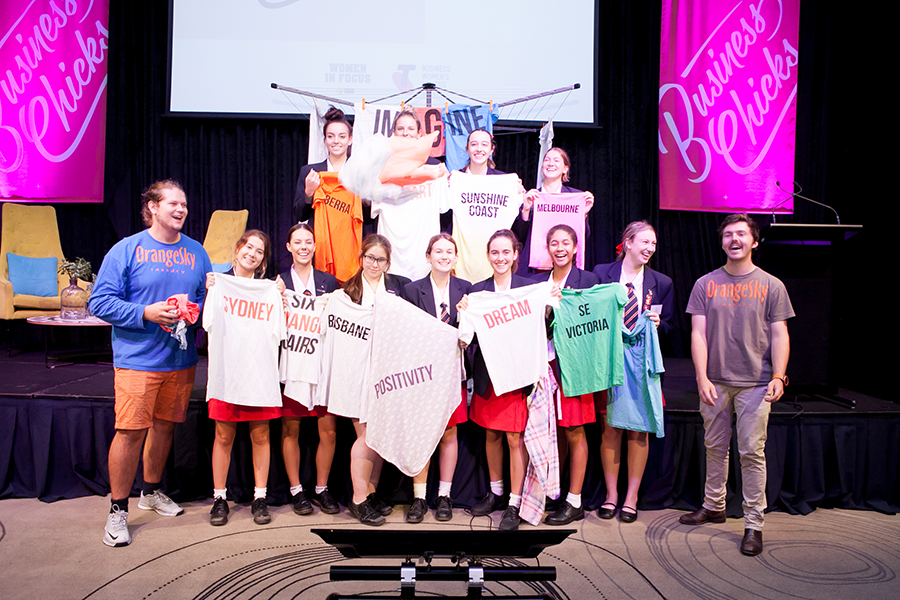 “So there we were on the streets of Brisbane wanting to do one thing, and that was wash and dry clothing, but what we stumbled upon was something more,” Nic said. “We stumbled on a world-first, something that connected the community, reduced the transmission of diseases, but most importantly and most simply, we were improving the lives of others.”

Nic and Lucas haven’t stopped at mobile laundries. They also have two vans fitted with showers, and one hybrid van with both services with more in the works. Each van costs upwards of $110,000 to put on the road, which is the biggest barrier to bringing Orange Sky to smaller inland communities in regional Australia.

“We stumbled on a world-first, something that connected the community, reduced the transmission of diseases, but most importantly and most simply, we were improving the lives of others.”

“For us to put a van on the road, we need four things. We need the community to help, secondly, volunteers who are interested, thirdly, service providers with wraparound services like coffee and food that we get from by partnering with those local communities and the fourth is money,” Lucas said.

While Lucas and Nic are looking at how they can deliver Orange Sky to more parts of Australia, they’ve also got future plans to scale the concept on a global level.

“Next year, we’ll look at putting a van in New Zealand and after that, rolling our services out in the US,” Nic said. “But before those two things happen we need to remind ourselves that we’ve got a massive opportunity to help people here in Australia.”

“We don’t want to be naïve in knowing that we can help everyone around the world with our service, but we hope we can be robust enough to influence a change of community throughout the world.”

One thing the pair mentioned throughout their keynote today was how they continually push themselves to strive for change. This drive has seen their vans service areas that have been affected by natural disasters, most recently Cyclone Debbie in the Whitsundays. And it’s this drive that makes them a force to watch in future. We can’t wait to see what Lucas and Nic do next.

If you’d like to support Orange Sky Laundry, they are a DGR Type 1 charity run completely by donations. It costs us $6 to wash and dry someone’s clothes while they have an awesome chat. You can help by donating a tax deductible load of washing right now. Head to their website for all the details.