Why the pursuit of perfection could be making you sick

Why the pursuit of perfection could be making you sick 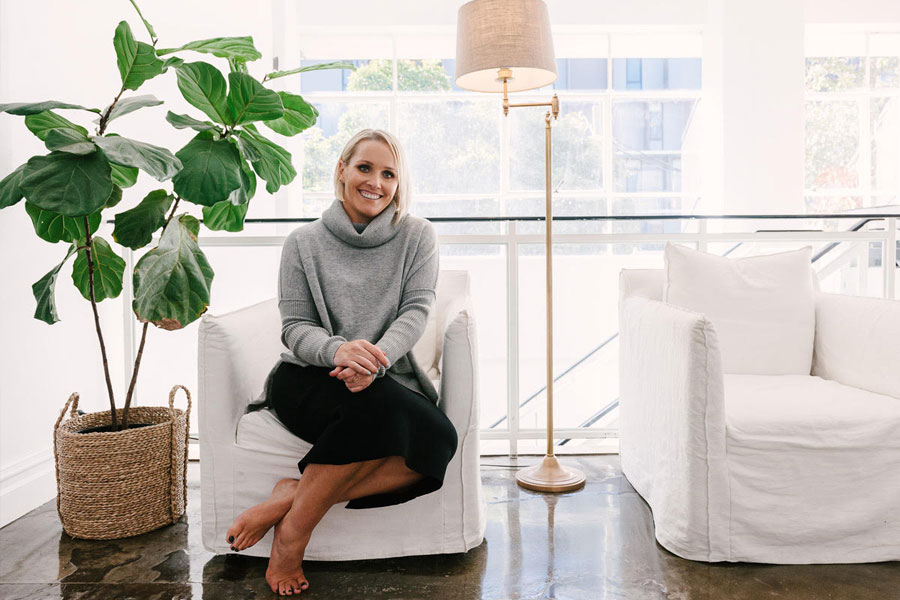 I have a problem with perfection, and it’s everywhere I look.

Just a tap away on Instagram, there it is, staring us all in the face – a feed full of perfect bodies, six pack abs, luxury holidays and peers and strangers (ironically now commonly known as “influencers”) leading better, more exciting, more successful, more interesting, more perfect lives than mine.

Or at least it looks that way.

Our obsession with perfection or the perception of perfection appears to be accompanying us from the cradle to the grave. And it’s setting us all up to fail.  Miserably.

To lead empty, soul-destroying lives where we accumulate self-destructive habits like comparing our lives to the Kardashian’s and our self-worth is assessed by how many followers we have on social media.

You see the problem with perfection is it’s impossible to achieve.  Seriously. Google it. Perfection is an ideal. Pretty sure that’s the point.  So why are we all so desperate to have it?  Why do so many of us wear the title of “perfectionist” like a medal on our chest?

“My newborn sleeps 12 hours a night.”

But let’s not to be too quick to judge perfection too quickly by its cover.  For many “perfection” runs a lot deeper than their ¼ inch smartphone screen.

Comparison culture, while unhealthy is one thing, perfectionism, on the other hand, is entirely different. Combine them, and you’ve got one hell of a toxic mix. And it could actually be making you sick.

Recent studies show, that, if allowed to manifest, perfectionism can lead to a whole variety of mental health disorders like anxiety and depression.

Someone who has lived her life on the “perfect” end of the perfection spectrum is Canadian actor and keynote speaker, Victoria Maxwell.

Now a highly sought-after keynote speaker, blogger, and advocate for mental health, Victoria wrote a blog called the Vicious Triangle of Perfectionism, Anxiety & Depression.  She now talks openly about the issue to raise awareness about its pitfalls, and how being a lifelong perfectionist almost crippled her.

“By definition, perfectionism is an ideal that is held or a perception we have that something or someone is free from flaws and faults,” Victoria explains.

“But the problem with perfection is, it’s subjective and herein lies the dangerous dilemma. We have a vision of perfection, but practically speaking perfection is impossible to attain, because our very nature as human beings means to be flawed.”

In Victoria, that perfectionist psyche seemed normal at first, she worked hard, aimed high and always wanted to do better than before.

But as a young actress trying to get a break in a ruthless industry, it soon began presenting itself in various other ways at work, and it crept into her relationships too.

“If I was at an audition when I was younger and made a mistake, it felt like the end of the world. The voice in my head said ‘I was stupid, worthless, a loser,” Victoria says.

If something went wrong with a friendship or boyfriend, I always blamed myself. It was because I wasn’t good enough, I ‘should’ have done better, known better, been better.

So what’s so bad about having high expectations?

Isn’t it noble to be a hard worker, to aim high, to be ambitious?

Well, unfortunately, it’s not as simple as that.  Especially not in a world where most of us suffer from a 24/7 addiction to our devices.

Research shows that often perfectionists will not start things, or even take things on at all, for fear of not being able to complete them perfectly.

A perfectionist also maintain unrealistic expectations of others and will often micromanage, causing undue stress for everyone!

Hands up if you’ve ever answered the tricky “What’s your greatest weakness?” question in a job interview with: “I’m a perfectionist”.

Well, best not be saying that anymore.

Traditionally, perfectionists were stereotyped as the hardest workers on the team and a great asset to any project or company.  As long as I can remember it’s been celebrated as a positive trait to possess. But these days turns out your boss just wants you to get on with the job as best you can, not faff around until it’s faultless.

To clarify, perfection in and of itself isn’t ‘bad.’  It’s the relentless pursuit of perfection and the unwavering dissatisfaction of anything less than perfect that can be very damaging and if left unchecked, it can snowball completely out of control.

“With perfectionistic thinking, I constantly lived in my head instead of being present,” Victoria says. “I was so afraid of making a mistake or that I had made a mistake. So I was over analysing everything, over thinking, constantly worrying, always comparing myself and never measuring up.”

But don’t we all do that sometimes? Go over and over a conversation in our head, long after it’s finished and analyse what we should or shouldn’t have said?

That in itself is normal, but it’s the extreme presence of those tendencies when things get toxic.

So if you’re in the habit of consistently setting and striving towards excessively unrealistic goals and think anything less is unacceptable, you’re setting yourself up to fail. Every. Single. Time.

“At the height of my perfectionism, I had seriously elevated levels of generalised anxiety, intense feelings of inadequacy and insecurity, and at its worst, self-loathing and clinical depression. It just got so out of control,” Victoria says.

“Perfectionism thrives in black or white, it’s ‘all or nothing’ thinking. It’s either perfect or it’s a disaster.”

“For me, the key to letting go of perfectionism is learning to tolerate the anxiety that comes with living in the grey zone,” explains Victoria. “Preparing for the anxiety that inevitably will rise when I offer the world something I think is less than perfect has been my most effective tool in overcoming perfectionism.”

“Ironically, my anxiety has lessened as my tolerance for it increases.”

Now, Victoria intentionally practices what she calls ‘imperfectionism.’ Deliberately NOT ceaselessly editing a blog post, endlessly tweaking the design of a handout or slide deck.

“The best piece of advice I ever got for it was: ‘Good enough really IS good enough.’ It’s my new mantra when I’m having trouble writing a blog post or drafting an email to a client.”

Pursuing goals out of our reach can be exciting if it’s done while we enjoy the ride, appreciate what we have and cultivate a healthy relationship with ourselves.

So, next time you’re getting all ‘it’s got to be perfect’ on yourself….remember this, don’t pursue perfection, pursue progress….and burn the toast, drink wine on a Monday night, send the kids to school in the wrong uniform and don’t put a filter on your next selfie.

Imperfection is liberating when you embrace it.

Read next: Emma Isaacs: The questions that guide me