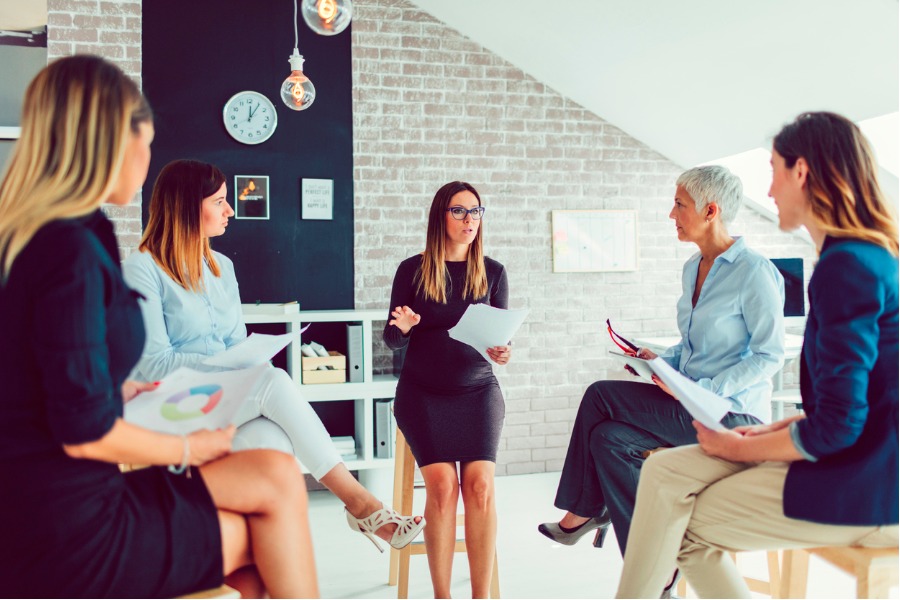 A friend of mine was recently telling me about her new job. “I like it, except my boss is hard to read,” she said. “I wish she’d just come out and say what she thinks!” Instead, her boss uses wishy-washy expressions like, “Hopefully you’re okay with this?” and, “I might possibly have a suggestion for you.”

As organisations become flatter, communicating well in every direction is getting more important. But managers and leaders are often worried about sounding too controlling, so they soften what they say. Their team members, taking their cue, bury their own ideas under hedging expressions that muddle their meaning. Before long, everyone just winds up sounding less clear, confident, and authoritative than they actually feel. In order to make sure you sound like you know what you’re talking about, cut these common words and phrases from your vocabulary.

For starters, it’s okay not to be sure about something. After all, false confidence is often just as bad as open ignorance. But saying “I’m not sure” when you really do have a decent grasp on the matter only undercuts your cause.

When your employee, for instance, says, “I’m not quite sure, but I should have the report done by Friday,” you’re left to wonder whether that means you’ll actually have to wait until the following week, or that they’re just being modest. There are better ways to communicate tentativeness in cases like this: “I’m waiting on a few more data points from our finance team, so as long as those come through tomorrow, the report will be ready by Friday.” Now your employee sounds like she knows what she’s talking about.

Similar qualifiers to avoid include “only a thought,” “just my opinion,” “hard to say,” and “this might be a silly question.” None of these humble idioms help you make a compelling case about a complicated topic, or let you underscore what you do know in a situation where there are unknowns. The goal isn’t to minimise uncertainty or downplay risks. It’s to be taken seriously as someone who can navigate those grey-area experiences with well-founded confidence.

When someone says, “I sort of think” or “I kind of suspect,” it’s clear they either don’t want to come out and speak the truth or else don’t really know their own mind.

Maybe a sales manager says something like this: “I kind of think we should approach that client again–it’s been a long time since we’ve heard from them. What do you think?” Is she uncertain about going forward and genuinely wants your opinion, or is she just trying to give direction by softening her statement?

Or perhaps your boss says, “I sort of liked the work you turned in last week.” Perhaps she’s suggesting your work wasn’t up to snuff, or perhaps she’s just giving you a compliment and softening her language. It might seem like an unimportant difference, but in reality it leaves you not knowing how to respond: Do you keep doing what you’ve been doing, or do you ask for feedback on how to do better work next time?

Not only do these phrases create a lack of clarity for team members, they also make team leaders who use them sound less confident and transparent than they should.

“Maybe,” “possibly,” “probably,” “basically,” “largely,” and “hopefully” are all words that smack of indecision. If a manager says to a staff member, “Hopefully you’ll be okay with this change,” her listener might wonder whether she actually has leeway to challenge it.

Many qualifiers like these have a similar effect. An employee tells a supervisor, “The project is largely complete”–instead of actually saying when it will be done or why it’s not quite there yet. An IT manager says to an internal client, “It’s basically a software problem, but possibly we can fix it pretty soon ourselves.” Is this good news or bad news? Who knows! None of these phrases instill much confidence that the speaker has a handle on the situation.

Related: 7 professional email dos and don’ts you should know by now

4. USING THE PAST TENSE WHEN YOU MEAN THE PRESENT

How many times have you been in a meeting and heard a colleague say, “I thought I should mention that . . . ” or, “I was thinking we should . . . “? It sounds like the person talking no longer quite believes in whatever idea they’re putting forward. Compare those past tense expressions to phrases like “I want to mention . . .” and “I think we should . . .” and the difference is clear.

Similarly, when you say, “I just wanted to point out that our project is well under way,” the first part of the statement hedges the rest of the sentence that comes after it, which is actually positive. It’s as though you really did have something to say, then thought better of it, but finally decided–hesitantly–to put it out there anyway. You’ve just created confusion, rather than announcing clearly and confidently that your project is going just fine.

If you want to sound like a capable speaker who knows what you’re talking about, don’t water down your message. Avoid these four patterns and expressions. They don’t make you sound more approachable–they just make you sound uncertain, even when you aren’t.