The most powerful reactions to Harvey Weinstein’s monumental sentencing

The most powerful reactions to Harvey Weinstein’s monumental sentencing 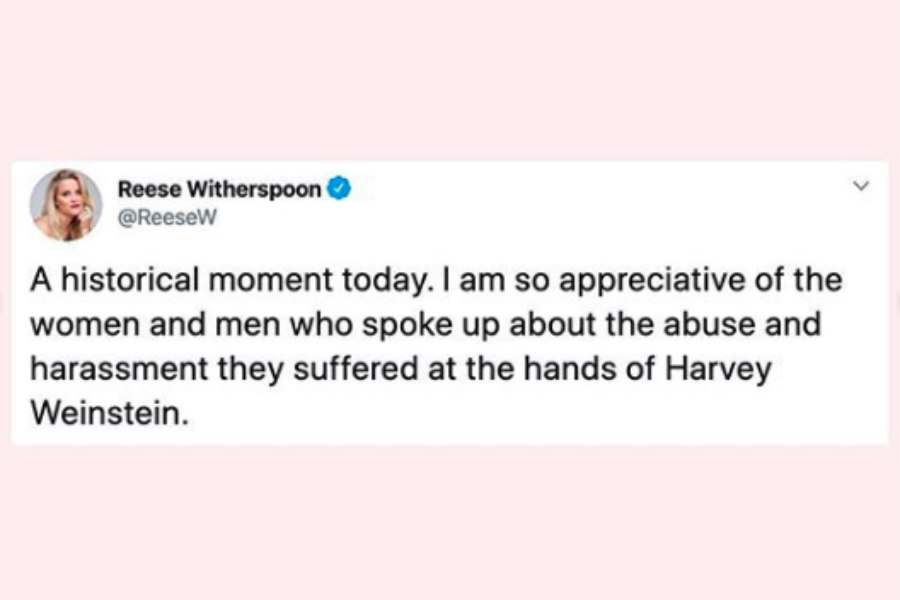 In the week following International Women’s Day, Harvey Weinstein has today been sentenced to 23 years in prison for rape and sexual assault convictions.

The sentence came after over 100 women made public accusations against the former movie producer, including sexual harassment and rape.

From the journalists involved in breaking the original story to those who made allegations against him, we’ve summed up some of the most powerful reactions.

Jodie Kantor, a New York Times investigative reporter and author of She Said, was the first to break the story about Weinstein’s behaviour.

23 years for Harvey Weinstein. @mega2e and I just witnessed it for ourselves. Weinstein was cuffed to his wheelchair then rolled away. The women who testified sobbed afterwards. Irwin Reiter, his accountant of 30 yrs who secretly helped us break the story, sat just behind.

“Today we can have a future vision where monsters no longer hide in our closets.”

— Jessica Mann, in her victim statement at the Weinstein sentencing

Actress Mira Sorvino was one of the first women to publicly accuse Weinstein of sexual harassment in 2018 and that he caused damage to her professional reputation. She has since become a strong advocate for strengthening sexual assault laws in New York.

23 years. Harvey Weinstein has been sentenced to 23 years in prison for his crimes of rape and sexual assault. I literally cried tears of amazement, gratitude that the justice system has worked on behalf of all of his victims today.

A historical moment today. I am so appreciative of the women and men who spoke up about the abuse and harassment they suffered at the hands of Harvey Weinstein.

Thank you to all of the journalists and publications who persisted in telling survivors stories, despite constant pushback and threats, and brought this story to the light. @jodikantor @mega2e @ronanfarrow @nytimes @newyorker

During The New York Times’ investigation into Weinstein, it was found that actress Rose McGowan received a settlement from Weinstein following sexual harassment allegations she made against him in 1997.

Let us be free

Published for The New Yorker in 2017, Ronan Farrow was one of the dedicated journalists who investigated allegations against Weinstein and help raise the voices of other women.

In a letter to the judge this week, Weinstein’s attorneys said that reporting “destroyed“ his life. In fact, it fairly parsed a mountain of evidence suggesting Weinstein’s actions accomplished that. I hope it encourages more people to speak and more outlets to back tough stories. pic.twitter.com/gTczloKflS

A lot of news underlines how hard it is to hold wealthy and connected people accountable. Today’s shows the power of people who speak up, from a position of far less power, at great personal risk.

To all the women who had that sickening feeling of having to choose between preserving their careers vs speaking out against their abuser, and who managed to find their voice, thank you. To those who chose otherwise, you’re loved & supported too. #Weinstein

to the brave women who are survivors of harvey weinstein’s repugnant crimes — both those who were vocal publicly & those who suffered in silence. YOU -along with the journalists who covered the story, #metoo + #timesup have changed the course of future histories. THANK YOU. ♥️+🙏🏻 https://t.co/WnFa1jSG1D

You can read more about some of the most powerful moments for women here.