Ronni Kahn: ‘Be brave and courageous, because all you have is NOW’

Ronni Kahn: ‘Be brave and courageous, because all you have is NOW’

Hunger and malnutrition are not words you would often associate with Australia. Ronni Kahn would and she’s determined to make a difference. For Ronni Kahn, growing up food was about sharing and showing you care. Her mother was a gourmet cook (though Ronni freely admits she wasn’t such a fan in her youth). As she puts it “Beautiful, beautiful warm […] 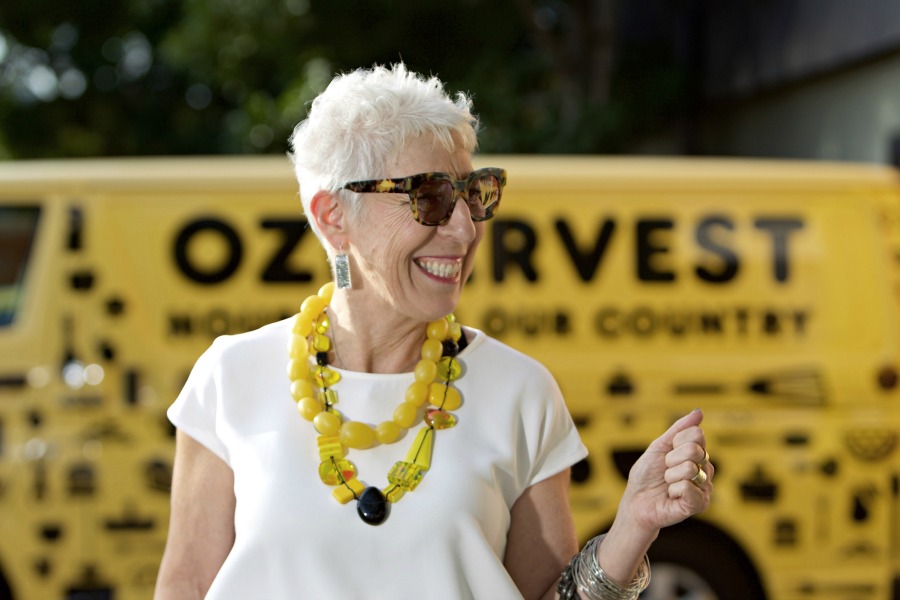 Hunger and malnutrition are not words you would often associate with Australia. Ronni Kahn would and she’s determined to make a difference.

For Ronni Kahn, growing up food was about sharing and showing you care.

Her mother was a gourmet cook (though Ronni freely admits she wasn’t such a fan in her youth). As she puts it “Beautiful, beautiful warm heart-filled moments always happened around food in our family”, so it’s unsurprising that a woman who so wholly understands that food isn’t just about nutrition, that it’s about love, started a charity to help feed those in need.

What she didn’t expect was for it to become the force it is, a household name and a game changer.

Ronni Kahn is warm, funny and inviting, everything you would expect of the ultimate philanthropist. She grew up in South Africa during a time of immense discrimination, something that her parents did not stand for. This came to be the biggest influence in her decision to start OzHarvest; the old adage of treating people how you would like to be treated.

In her own words, Ronni says the purpose of OzHarvest is to nourish our country, which is done through rescuing food, educating members of the public and vulnerable people to live a more sustainable life, and by innovating ways to shift and end the man-made problem of hunger.

Prior to her time as a social enterprise leader, Ronni ran a successful event management company. She saw first hand the amount of food waste that the hospitality industry creates each and every day. It was here she decided it was time to do something. Though a risky choice, it’s paid dividends to the community for the past 12 years.

“I never set up OzHarvest intending or understanding that this could be a way of life or that I could support myself. I ran my business for the first seven years of OzHarvest to support myself because I never started OzHarvest because I was a rich bored housewife,” she laughs.

“There were huge risks because what I did do was run my business down because I got so focused on loving the social benefit side of starting OzHarvest that it became more and more apparent that I didn’t just want to make money from my business, but I chose at some point to close my business and work full time for OzHarvest.”

During the first year of OzHarvest, Ronni was confronted with their biggest task to date; legislation that actually didn’t allow the charity to collect good quality but unneeded foods from food vendors and then redistribute them to those who were so desperately in need of a decent meal. It would be easy to think, that’s it, it’s time to pack up and go home but Ronni didn’t. Instead she changed the legislation, something she appreciates is no small feat.

“It was one of the obstacles that I faced, well one of the challenges, cause I didn’t face obstacles, just challenges, was that some people were worried about the liability. So considering that when I’m faced with challenges I just try to be a fixer person, and think what could be done to change that and what we needed was to change the legislation to make it as simple as possible and easy for people to donate, so that’s what I needed to do. It involved bringing on pro bono lawyers, taking hours to lobby and that’s what we managed to do. This was fundamental to tapping into so much extra food,” Ronni explains.

Fast forward to 2016 and those happy yellow OzHarvest vans are instantly recognizable when you’re driving through the streets. The brand is now so synonymous with their signature yellow they could just about trademark it Cadbury purple style.“I think that our iconic brand is absolutely fundamental to our success. However, having an idea that resonates with every single member of the population is core to that success.  So, I don’t think the best brand would help if the concept was not beautiful. But having a brilliant brand is absolutely fundamental to the growth,” she says.

“I never set out to create the best brand but it’s turned out that way and I think that the two go hand and hand; having a brilliant idea and having a great brand presence has meant that not only nationally but we are now globally connected with the United Nations Environment Partner because they recognize that what we do we do well and we get a strong message out into the public.”

OzHarvest have been working with the United Nations Environment Program for the past few years, furthering the reach of their message.

“I thought I’d start Oz Harvest and finish it when we solved the issue on food waste. I didn’t know that eight billion dollars in Australia goes to waste. When I started Oz Harvest, I didn’t know that one third of all food globally goes to waste. So now that we understand the scale of the problem, it has become part of our purpose to make sure that our model is duplicable and can make a difference globally. We’ve got something that works so successfully, and we should share that.”

Back to the local landscape and we’ve seen a huge shift in Australian food culture in the past ten years, thanks to shows like Masterchef and the rise of the celebrity chef. While there has been an increasing trend in the culinary world of using the whole animal and not letting any part go to waste, Ronni believes these shows could be using the power of their platforms in a more responsible way.

“I certainly believe that there are stronger messages that could go out in those shows around how we as individuals can minimize food waste. There are many easy ways but the first is to buy what we need and not buy what we think we need,” says Ronni.

“Making a shopping list makes a huge difference. It is simple and it saves you money. By making a shopping list and being more aware of what you purchase, research shows that we can all save just over $1,000 every year. You throw away one in five shopping bags. We’re not only throwing away the money that it something cost us, we’re throwing away fuel, and water, and energy, and imbedded labour. It’s about creating that mindfulness.”

So what should you do if you want to take things a step further and make a monumental social change like Ronni has?

“Well the first thing I would say is there is no point doing it for the sake of doing it. If you find a challenge, if you can address a problem that isn’t currently being addressed, then that is a wonderful goal to fix the problem to create social benefit.”

“But I’d say there are two things. The first thing is if you can’t think of a big idea, don’t fret; don’t despair, not everybody has to start a charity. By giving your time and energy and volunteering at charitable organisations, you can be just as impactful. It’s about really managing time and skills. However, if you do have a brilliant idea, and quite honestly, I don’t know how lucky I was to have found that problem, and then found a solution to that problem, and if you do have an idea that you think you can fix better, check first that nobody else is doing it, or take your skill set and offer someone who’s doing something similar and collaborate.”

I’d say be brave and courageous because all you have is now. You might think that you could stay doing what you do and it will give you security, but we have no idea what’s around the corner. Life is too short not to live a purposeful, meaningful, joyous, enriched life.

If you want to help end hunger in Australia, you can donate food, money or time by getting in touch with OzHarvest via their website ozharvest.com.au