We chat to the co-founder of fashion and lifestyle website SWIISH.com 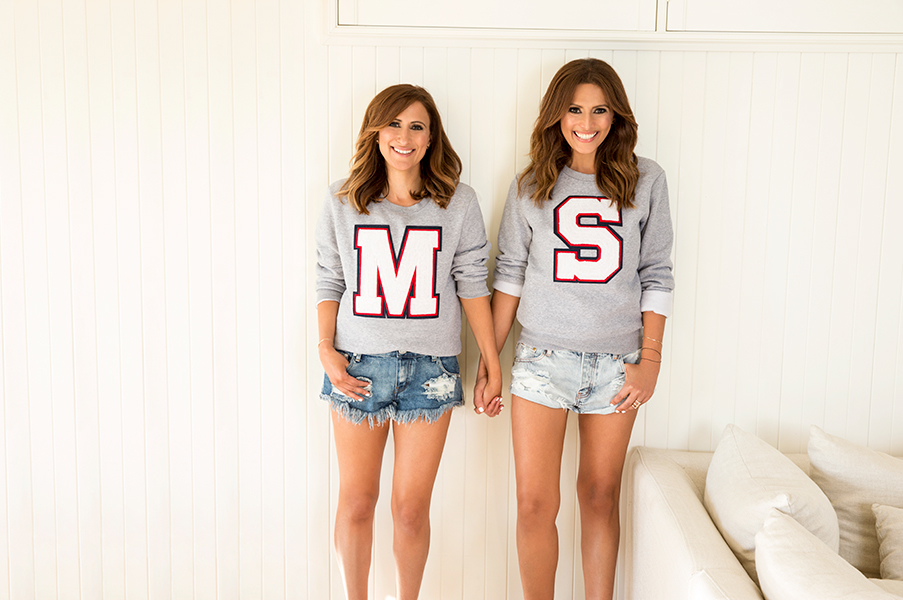 If she looks familiar, it’s because Maha Koraiem is one-half of the successful sisterly duo behind lifestyle website and online store, SWIISH, and bestselling books, Super Green Smoothies and The Good Life!

We caught up with Maha to talk about their publishing success and the SWIISH DELISH product range, which now includes a veggie-packed frozen smoothie line for the time-poor among us (read: all of us).

It was Maha’s sister, Sally Obermeder, who came up with the idea of kick-starting swiish.com, their “luxe for less” website when she was recovering from cancer. If you’re unfamiliar with the television personality’s cancer battle, Sally was diagnosed with an aggressive form of breast cancer, the day before she gave birth to her first child, Annabelle Grace, in 2011. She underwent 11 months of gruelling chemotherapy and a double mastectomy, and successfully beat it.

“Sal called me from her hospital bed after she was recovering from her surgeries, and was like, ‘look, I know you have always wanted to do something else, and we’ve always wanted to work together, and so I got to thinking, why don’t we start a blog?’” says Maha.

“And I was like, ‘are you still high on some kind of medication? Aren’t you meant to be recovering? Haven’t you just gone through all this radiation and chemo and surgeries? Shouldn’t you just be focusing on your recovery?’ And she was like, ‘yeah I should, and I am,’ but at the same time for her she’d been sitting there thinking about if I make it through, then what is it that I want to be doing with my life and my time?”

“I think in some ways there’s nothing like a crisis of that nature to suddenly make you reassess everything that you have been doing and what it is that you want to do.”

What were you doing before SWIISH?

I studied psychology at Uni and then fell into human resources. I started off in recruitment, and was the Head of Investment Banking, HR for JP Morgan for 11 years, I then went to ANZ bank for four years. I loved it. There was certainly nothing wrong with it, but I think after 15 years in that industry, I felt like I’d lost the fire in my belly. I wanted to do something that challenged me, and where I could take all of the things that I had learned about business and people and channel it into something that also combined my creative side. 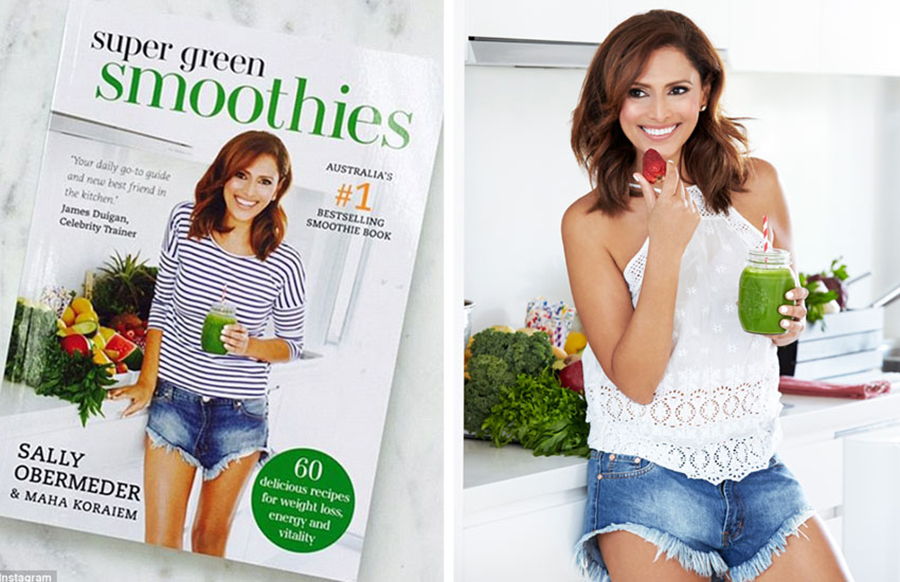 You’ve had incredible success with your book, Super Green Smoothies, which is now in it’s 12th reprint. Why do you think it’s been so successful?

I think it was a combination of timing. There wasn’t really anything like it around, but also I think just our passion and the fact that we knew it had worked for us in terms of more energy, better skin, better sleep and weight loss.

At the time [Sally’s previous] publisher said, “No one will buy that book. Green smoothies are just a passing fad. That’s just too niche.” And then we contacted a couple of other publishers and they all said no. So then we thought, ‘we’ll just do it ourselves.’ So we found a book designer in Italy because we didn’t know anything about how to make it an e-book, and then did the research on how to sell on Amazon and iTunes and then went about writing our recipes. We literally photographed everything in the book ourselves. We styled it all. I’m incredibly proud of it. We published it ourselves as an e-book, and within a couple of days it went to Number 1, then the publishers called us back!

Why did you launch the retail side of SWIISH?

We were very purposeful about it. We didn’t start with a shop because we thought, ‘we still have to understand who our customer is and who our readers are’, and then once we know that, we can think about doing a store. We worked out that we have two types of readers. One is the time poor mum, who doesn’t have a lot of money to spend and just wants a few key classic pieces that will see her through the season. The other reader is more wanting to take a few fashion risks and wants stuff that she can wear to the office, but also out at night.

So for us, we thought now that we understand who it is that’s reading our blog and the types of challenges that they have from a fashion point of view, we can now cater to both of those audiences. We spent quite a bit of time planning it and then we decided that we would start just with a small collection. We would see what happens and if it would even sell and every month, we would turn it over and launch a brand new collection. So we’ve done it that way, and we’ve kept it as ‘these are the pieces that we love every month and that we’re obsessing over’. If there’s something that we wouldn’t wear, it won’t go into our store. It has to be something that we’re absolutely in love with otherwise it doesn’t make a cut. We’ve also introduced our books as well, and another product into the range, which is our superfood powder that we’ve been working on for two years. Our shop reflects the blog in that it’s the same kind of categories; it’s fashion, beauty, health, and home.

How did you go about securing brands? Did you approach them or did they come to you?

A couple came to us in our beauty collection but everything in our fashion collection, Sally and I have sourced ourselves. We go interstate; we go to conventions twice a year. We do a huge homewares shop, and sometimes it’s hard to remember that you’re not buying for your home because you can go a little bit crazy! We source every single item ourselves. We try to find pieces that aren’t necessarily available everywhere else, so that makes it extra hard.

Do you guys pack the orders yourselves? How does that all work?

Yes, we do it ourselves. We hold all of the stock here at Swiish, and we’ve got two of our team members who work in our online store, so every order that comes in is packed here. We set up our store through Shopify, which is great to use. In the early days, we used to physically type up every single label and then go and drop it off at the post office.

Now we have a relationship with Australia Post. We use their system called ‘Ship It’, and that just makes life so much easier because it simply spits out the labels and then we have someone come from Australia Post in every afternoon at about 4:30 pm to pick up all of the deliveries for that day. It’s just so much easier than having to literally take bags and bags of parcels up to the post office.

We also have, and this happens a lot, people from interstate contacting us and saying, ‘I’m just not sure if I’m going to get my order in time. I’ve got a special event coming up,’ and we’re like, ‘you know what? Don’t worry. We’ll send it off. We’ll do Express Post. We’ll track it, and we’ll make sure that it gets to you on time.’ 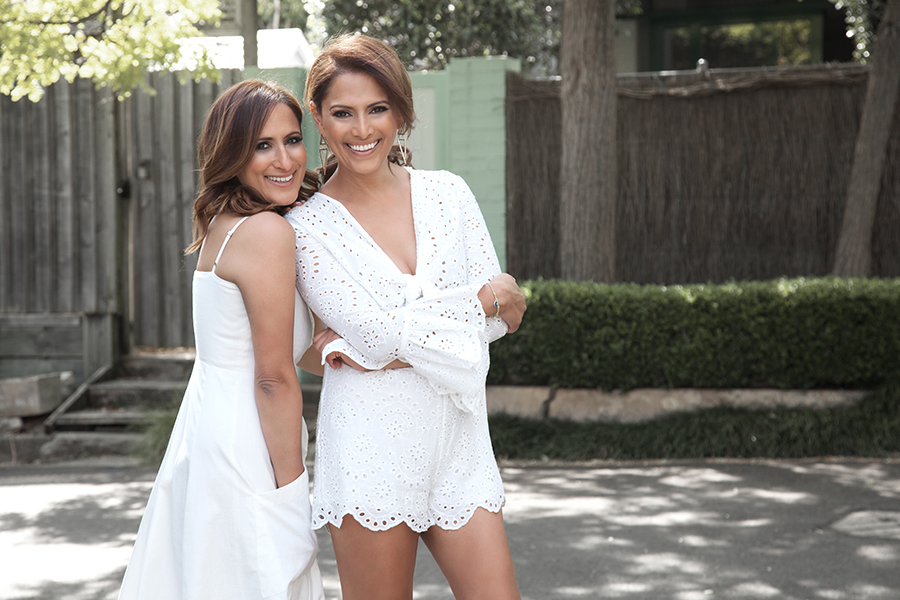 What is the most challenging experience you’ve faced in business so far, and how did you overcome it?

Neither Sally nor I, although we both have plenty of general corporate experience from working for other businesses, have ever had a business before, so everything’s been new. We started this ourselves, put our own money into it and all that kind of stuff. It’s hard to know what’s a measure of success. I think for us it’s taken, truthfully, years to be able to work out, ‘how do I know my shop’s doing well? Is it just if we sell more than we did last month? What should I be aiming for?’

Sal and I are both quite commercially minded, given that our brand has so many different arms, from the blog to our books to our products to our online store. I think it’s quite clear that we do enjoy business and we do enjoy having a commercial mindset but, when you’re starting out, you’re like, ‘I don’t even know what I’m supposed to be charging for a dress. I don’t know. I bought it for say 100 dollars. Am I supposed to sell it for 110? Or 200? I don’t know.’

I think it’s about going out and absorbing as much knowledge as you can, talking to other people; it’s amazing how much other people are willing to share. Which is why we’re also so willing to share, groups like Business Chicks for example, where it is a community and everyone is so open, it’s easy to talk about things like, ‘this is what’s happening for me, do you have any advice?’

We’re very different but it’s funny, some days we turn up dressed the same, which is a little embarrassing. She’s five years older than me but we’re more like twins so, in lots of respects, we are two peas in a pod. We’ll often say the same thing at the exact same time. But we’re very different in that I’m much more focused on the attention to detail. She’ll say, “I’ve got this amazing idea!” And it might be an amazing idea, but she hasn’t necessarily thought about the short term and the long term consequences, or how to execute on it or what the operational effect is. Whereas I’m like, ‘okay, that’s a great idea, but here’s actually what it means, today, tomorrow, next week, next year’ in a very detailed fashion.

On the flip side, and that’s not to say I’m not creative, I have loads of ideas, but I think about all the details first. Even if I’ve got an idea, I’ll say to her, ‘I don’t know if it’ll work for all these reasons,’ but she’s the one who will then say, ‘well, we should try it anyway, I think it sounds great,’ she’s the kind of person who says, ‘let’s take the risk and give it a go.’

I think when it comes to the online store, we would love to keep growing our range across beauty particularly, but also fashion and to generally have more products available. We started out with a small edit, but the demand is there for more so we’re working to grow that. We’ve got a new book (title yet to be announced) coming out in September, so we’ve literally just put the finishing touches on that in the last few weeks.

MAHA KORAIEM IS A PREMIUM MEMBER, CONNECT WITH HER HERE.

This interview is in association with our partnership with Australia Post. Find out more about Australia Post Small Business and their solutions to help you start and grow your online business here.