Sally Obermeder on career risks, beating cancer and why you have to cheer yourself on

Sally Obermeder on career risks, beating cancer and why you have to cheer yourself on 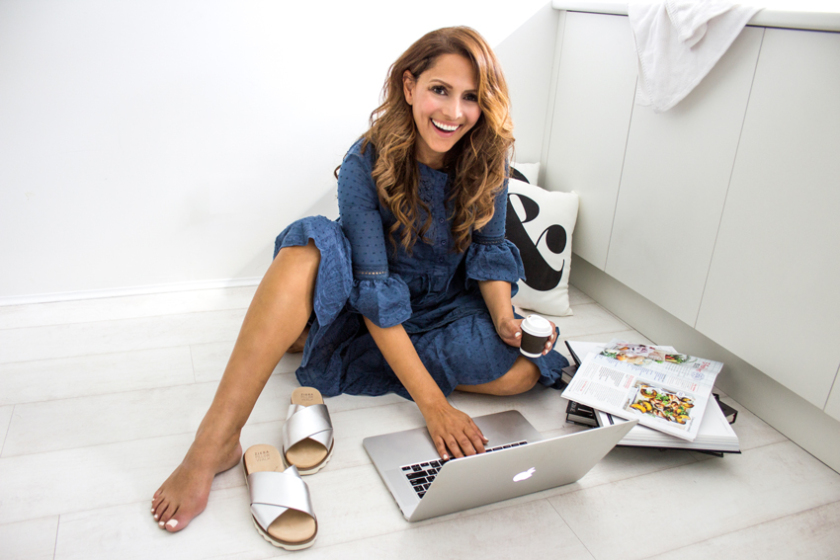 We’re big fans of Sally Obermeder here at Business Chicks. The best-selling author and TV presenter joined us as both a panellist and presenter at 9 to Thrive, and Sally and her business partner and sister, Maha Koraiem are both Premium members.

My name is Sally Obermeder, and I host The Daily Edition on Channel Seven. I’m also the co-founder of lifestyle website SWIISH.com with my business partner (and sister!), Maha Koraiem.

I wanted to either be a dentist (funny, right?), or a TV presenter when I grew up.

I wanted to be a dentist because I was obsessed with brushing my teeth but once I did work experience at a dental surgery, I realised I wouldn’t like it because it’s actually really hard to speak to the patients considering they have their mouths open and can’t talk! That cancelled that option out!

I also wanted to be a TV presenter, and I’d sit and learn my notes for tests by pretending I was presenting the news. I would set up my desk as the news desk and put on, what I thought, was my “news voice”. Mum would come in and ask me what I was doing, and I’d say back that I was reading my biology notes as if it’s the 6pm news. Tragic but true, ha!

I was diagnosed with breast cancer the day before I gave birth to Annabelle.

At 41 weeks, I went to a routine appointment with my obstetrician and mentioned to him that I had a shooting pain in my right breast. His thoroughness and care that day saved my life and a week after giving birth to Annabelle, I was back at the hospital ready to start eight brutal months of chemotherapy and treatment.

Going through cancer and the corresponding treatment is by far the hardest thing I’ve ever done.

Cancer is so brutal, not only on you but on your family and friends, so seeing my loved ones go through that was also incredibly hard. Tough is an understatement.

I say no to a lot more things than I did before I was sick. I now realise that there are only a certain number of hours in a day, and I make it a priority to spend as much time as I can with my family and my friends. I do things that make me happy, rather than doing things I feel obliged to do.

I am grateful for my good health every single day, and there’s not a day that passes where I don’t thank the universe that I’m still here.

I think one of the benefits of having a body covered in scars is that you see every day what you’ve been through and you’re reminded that you’re a survivor and that you’re lucky to be here. Even though my hair and eyebrows have grown back and I feel great and so well, every day when I get dressed and see my scars, I remind myself of how grateful I am to be here.

As a mum, a wife, a daughter, a sister, a boss and as a friend, if I don’t look after myself, I actually have nothing to give.

I went through a period after Elyssa was born when I was up all night and I was really tired and not only was I not taking care of myself, but I wasn’t asking for any help. Consequently, I got so run down that I eventually got an infection and my eardrum burst, and it was only when I had blood pouring out of my ear, that I realised I probably should have put my hand up and asked for help. Even I – someone who knows the importance of good health – sometimes still struggles with asking for help and accepting when I need to take a break.

Being a mum makes that harder because you feel like you have to be there for everyone but it’s funny because as soon as you take a break and have some sleep and nurture yourself, your better for everyone. There’s no way you’re going to go the distance without looking after yourself, and as someone very wise recently told me, it’s a marathon, not a sprint. 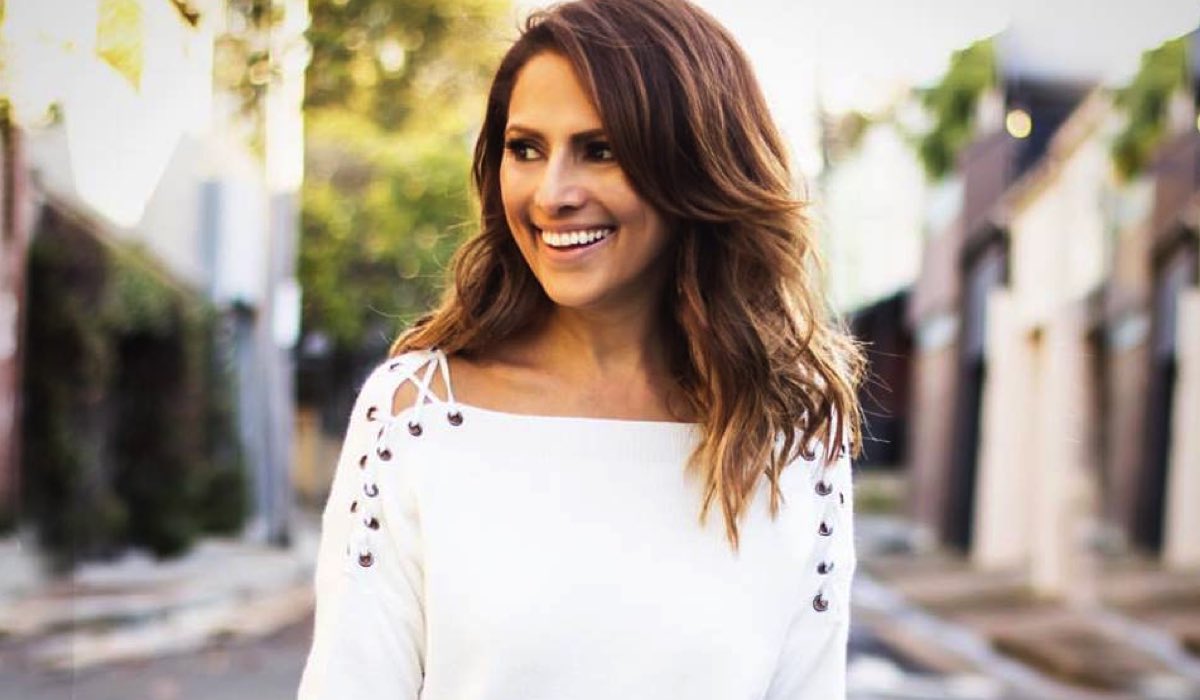 I’m inspired by anyone who decides to walk their own path.

It’s no mean feat to have the courage to take a risk and to stand up for what you believe in, to chase your dreams, to speak your mind. These are inspiring qualities we can all learn from.

One of the things that I’m most grateful for is going through the cancer battle because it has given me a perspective.

And a new outlook on life that I’m not sure I could have gotten any other way. I don’t know if I’d call it the greatest thing to happen to me, but it’s given me incredible gratitude, but also strength, fortitude and a sense of resilience, which has come out of that experience. No question, having both girls, Annabelle and Elyssa, is one of the greatest things to happen in my life. But also I would say meeting Marcus (we were set up on a blind date that went wrong) – aside from being a great father to the girls, he is an incredible husband. I feel so blessed to be sharing my life with him.

One of the best quotes I’ve ever heard and I think of it pretty much every single day is “your best quality is also your worst quality.”

And when you think of it, it is actually so simple yet so profound. I’m disappointed I didn’t think of it myself! My boss at Channel Seven and one of my best friends, Sarah Stinson, said it to me years ago and I’ve never forgotten it. Whenever I apply it to myself or anyone else, it is so good and so clever. If I think of myself, my best quality is that I work hard. But what that can mean is that by being focused (good quality) I can become blinkered, and I can ignore the people around me (bad quality). It lets you know what your faults are and how you can change.

My sister, Maha has played the most important role in my life.

She is a joy to be around. She’s been my best friend for my whole life. Well, maybe not my whole life – it was a little shaky for the first 10 years, but definitely from then on – ha! She’s different to me, she challenges me, she puts me in my place, and she makes me laugh. Having the business together has been the absolute worst of times but also the absolute best of times and I think it solidified our friendship and our sisterhood more than anything. I would be lost without her.

We’re so excited to be releasing our new book in October.

All the recipes in Super Green Simple and Lean are, you guessed it, simple and lean. It’s exactly how we like to cook – it’s fresh, it’s easy and it’s delicious. We’ve created brand new smoothie recipes, monster salads, nourishing bowls and satisfying snacks that will help to make healthy living faster, easier and more delicious than you ever thought possible.

Resilience is something that you need in life, and it’s like a muscle.

By that I mean, if you exercise your legs every day then they will get stronger – and resilience is just like that. You have to start small, and you’ve got to keep going. Of course, you also have to let yourself have a cry and allow time to be down but then you have to get back on the horse, pick yourself up and keep going.

It’s your job to cheer yourself on.

I think often we want other people to encourage us, we want other people to say, “yeah that’s a great idea, you should totally do that!” And if we don’t get that kind of feedback or affirmation, we tend to think it mustn’t be a good idea. But it’s not everyone’s job to cheer you on; it’s your job to cheer yourself on. For me, when we wanted to start SWIISH, a lot of people said to me that it was ridiculous and that there were a million other blogs out there. Whilst everyone is entitled to their own opinion, I knew what I wanted to do and Maha and I were clear on the concept and you know what, it’s my job to cheer myself on.

On a day-to-day basis, I get an idea and I go for it. That sounds simple and in a way it is. The execution and the work that goes into projects, that is hard. But saying “I’m going for it “ .. well the more you say it, the easier it gets. I think people assume that if you have a public profile, that everything gets handed to you, but I actually think it’s the opposite and people don’t want to hand stuff to you. You have to fight for it and you have to go get it yourself. It is your job. If you’re going to sit around waiting for everyone to say “yay, you’re amazing”, you’re going to be waiting a long time.

When I was little and I would have an idea, my mum used to say to me, “I don’t think you should do it, but if YOU think you should do it and you want to do it, then you should do it. You don’t need my approval”. It was the most invaluable lesson. So that’s how I live, giving myself approval and being my own cheerleader. I always say to other women, “Go for it. You’ve got this.”

We asked 7 women what they know about 'self-care'

“Self-care is vital. How do we get through the day and help other people if we’re not looking after ourselves?”7 successful women on what they know about 'self-care'

Our interview with Sally is part of the ongoing partnership between Business Chicks and Truvée. With a shared philosophy of the power and potential of women working together, both brands are passionate about celebrating women who follow their passions and go after what matters most.