If age, race, and culture doesn’t matter when it comes to marriage then why the hell does gender? 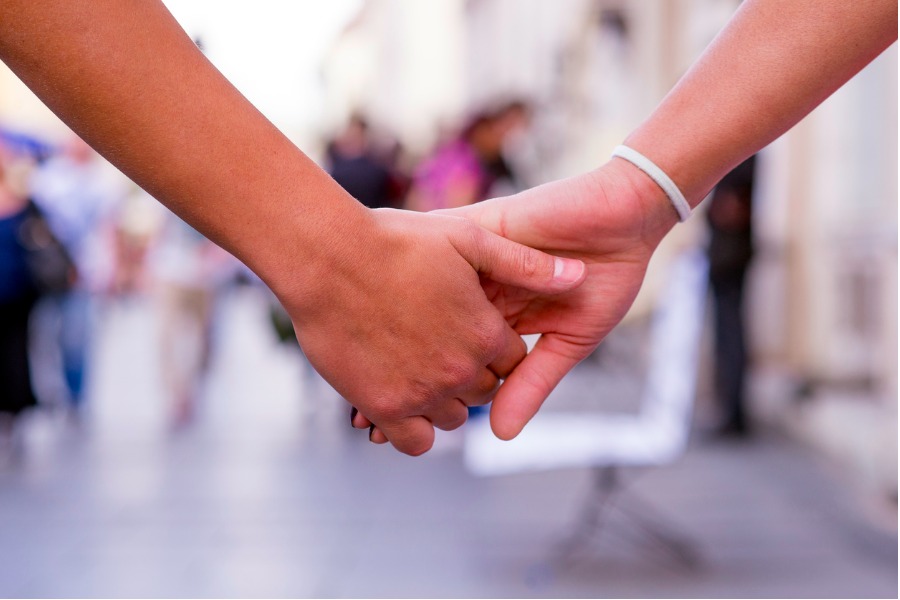 I’ve always subscribed to the belief that you fall in love with a person. I mean love is love, right?

I don’t care if your partner is a decade older than you … in fact my Grandfather was thirteen years older than my Grandmother, and it phased no one. I couldn’t give two hoots if you were born in Vietnam and you’re engaged to marry someone from Pakistan. Who am I to define love by nationality or culture?

Whether the person you love is richer, poorer, smarter, dumber, a parent, childless, divorced, never been married, a bad dancer, a prolific swearer or a hopeless cook, I simply don’t care. I mean I hope there’s genuine consensual love there but outside of that, who am I to judge?

Except for the fact that right now we’re being asked by our Government to judge.

We’re being asked to weigh-in on whether or not two human beings who love one another, who want to declare, commit and celebrate that love should be allowed to do so in the eyes of the law.

In 2017, we look back at our country’s previous almost incomprehensible laws with utter disbelief. Women and native Australians not having the right to vote, children being forcibly removed from their families, women not having control over their reproductive choices and we justifiably think WTF? What were these people thinking? Why wasn’t anyone saying or doing something earlier?

And so today, while our country is debating this stupid outdated law (did you know we’re over a decade behind Canada) I’ve decided I can’t just sit idle. I’ve decided to say something and do something, probably before I’m completely comfortable in doing so if I’m honest but I know I’ll regret it if I don’t.

I’ve been married. That marriage was recognised by law because I’m a woman and he’s a man. That marriage failed, and we’ve separated. If you don’t know me personally that information is inconsequential to you, just as it should be. No harm is done to you.

And now I find myself falling in love with a woman. I’m literally living out my belief that you fall in love with someone’s soul. It’s new, and it’s fabulous, and I light up every time I think about it. Now there’s no talk of marriage, we’re literally in the throes of those joyful, blissful early days but what if we wanted to get married one day? As two human beings who love one another, who want to declare, commit and celebrate that love. But wait, if there’s no change to the law, we couldn’t do that in Australia because our marriage would not be recognised. Simply because I’m a woman and she’s a woman. She could be the love of my life, and we could be together until our dying days, but none of that seems to matter right now in this country. If you don’t know me personally whether or not we get married one day is inconsequential to you, as it should be. No harm is done to you.

I am living breathing proof that love is love. I never imagined myself falling in love with a woman. I’m a 41-year old, separated mother of three children. I bet if you met me, you’d never assume that I was gay and if you did, what the hell would it matter anyway? So what the hell does it matter if one day I want to marry my girlfriend?

If whether or not we get married is completely inconsequential to you (unless of course, you’re one of our friends or family members in which case one day you could attend one of the most kick-ass, awesome parties ever) and if we’re not hurting you, why would you want to hurt us? If you vote no when you receive your postal vote, know that you will be hurting me one day if I want to marry my girlfriend. Know that you’ll be hurting your work colleagues, your neighbours, your friends and there’s a very good chance you’ll be hurting one or more of your family members, even if you don’t know it yet. All for something that doesn’t impact you at all.

If age, race, culture, previous marital status doesn’t matter when it comes to marriage then why the hell does gender? I mean WTF?

Apparently, the majority of us are pro-marriage equality but my fear is that Australians who sit on the fence will give into the fear-mongering tactics of those against marriage equality.

So as a gay woman, who has had a failed heterosexual marriage, who may one day want to marry her girlfriend, I ask you that you turn your pro opinions into proactive action.

Talk to the fence sitters; ask them questions and address their fears. Connect with the same-sex couples you know, gather their thoughts on the subject and share what resonates with you. Make sure your current address is updated on the Australian Electoral Roll so you can vote yes when the time comes. Throw your weight behind anything you can publicly; did you know there are literally hundreds of Australian Corporations who have publicly thrown their weight behind the Equality Campaign? Is your organisation there? If not, speak to them. Comment, like and share on every social media channel you can. Vote yes. Proudly tell people proudly that you’re voting yes. And do it now, before it’s too late.

So yes I’m sharing my story, probably before I’m ready, but now at least I know I’m going to be able to look my children in the eye when they ask in however-many years time, ‘what did you do Mum?’ If I can sway just one fence sitter by sharing this story today, then it’s worth the fear I’m feeling in sharing my story this early. And if one day I decide that I want to marry my girlfriend and I can…Well damn me, it’s definitely got to be worth it!

While I’ve literally only just identified as gay and I’ve only told my close friends and family, I’m telling you in the hope that you will understand that I’m just like you. My love for my girlfriend is no different to the love you have for your partner, and there’s no one in the world (in this case Australia) that can ever judge that, so when it comes time to vote, vote yes, yes for love.

In November the country will vote on same-sex marriage but you have less than two days to make sure you’ve got a say in the poll. You must be registered before 6pm on August 24 to participate. You can update your details here – it will literally take one minute.