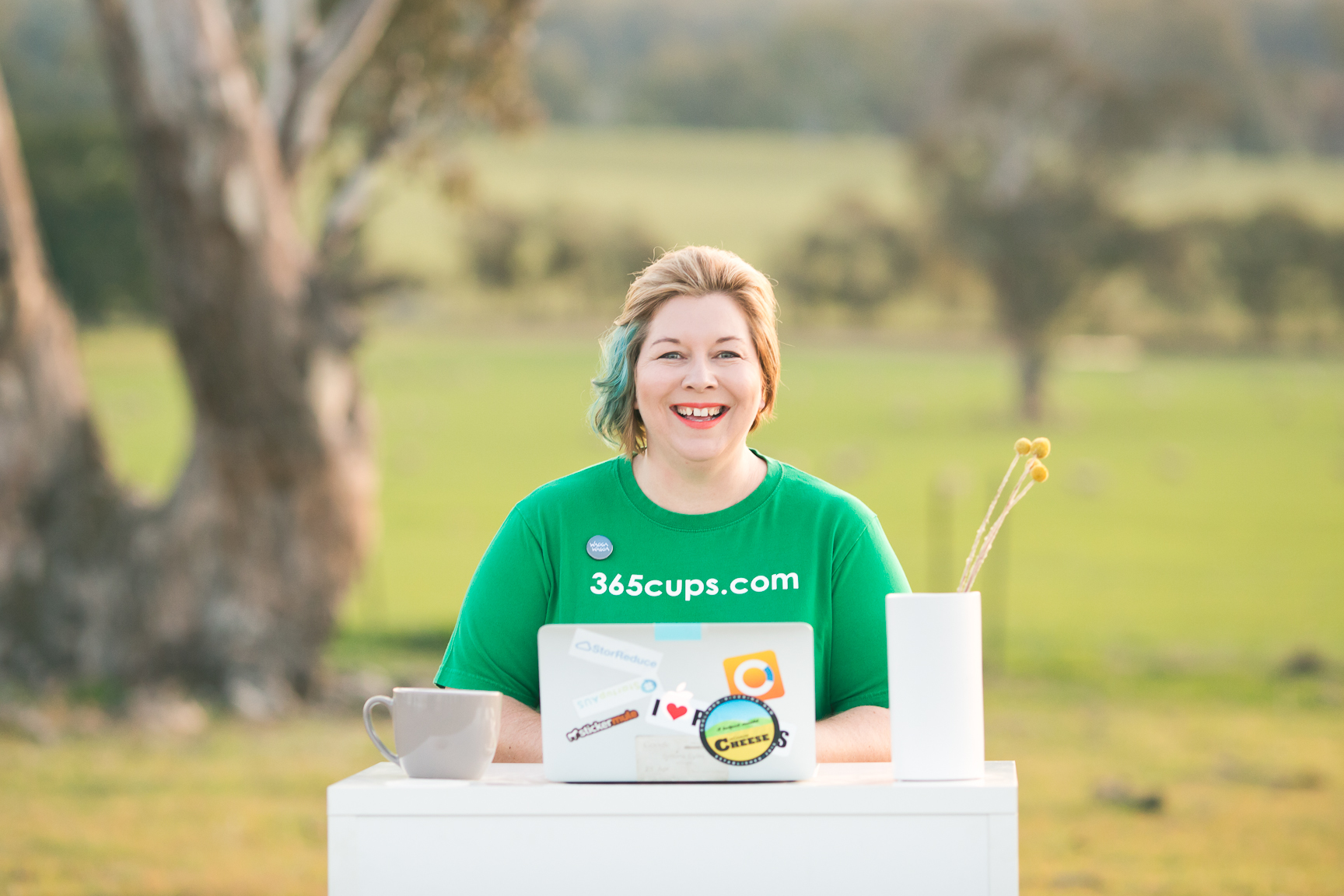 In the last decade, technological advancements have created a multitude of spaces for new business to exist and thrive.

If you had thought to start an app-based business ten years ago you’d likely be laughed at. Couple that idea with being located in regional NSW, and it sounds like a recipe for disaster. But that wasn’t the case for 365cups co-founder, Simone Eyles.

Born in Sydney, Simone didn’t always call Wagga Wagga home. For years she worked in the hustle and bustle of the big city, primarily as a graphic designer in the newspaper industry, until she grew tired of the “boys club” energy.

The discontent with her environment combined with the desire for a more flexible working schedule that accommodated the demands of her life inspired Simone to open her own business. After her son was diagnosed with kidney disease, which required time-consuming treatments and lots of medical appointments, Simone thought that a café would be the best way to manage her work-life balance.

Luckily for Simone, her dream of starting her own business was able to become a reality thanks to her former roommate turned business partner, Mariusz Stankiewicz. Simone actually met Mars, a computer engineer, while studying graphic design at Charles Sturt University in Wagga Wagga as a mature student.

After sharing her desire to open a “drive-thru café with a cool ordering system” with Mars, they refined and redirected the concept. Mars recommended ditching the café all together: “Let’s build the app and sell it to everyone.” And just like that, 365cups was formed.

365cups, an app that allows customers to pre-order coffee and food from different cafés in their area, has been up and running since 2011. Working as a subscription service, 365cups leverages the niche ordering space, servicing both the businesses utilising the app and customers ordering from it. 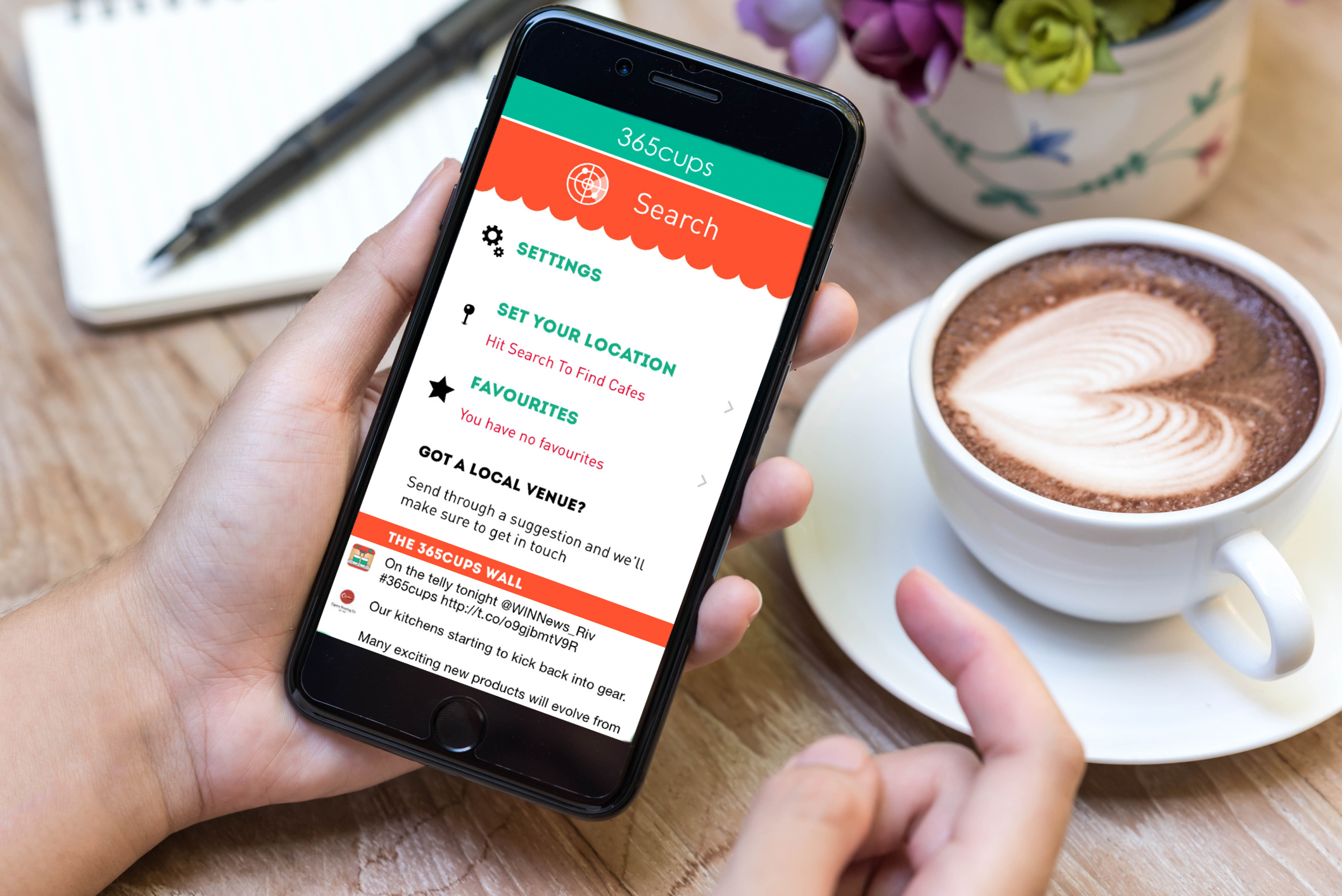 Simone says that the transition from her full-time graphic design job into full-time business owner happened relatively fast. Doing everything themselves, Simone and her business partner self-funded and created their app from the ground up.

Even though Mars is a very capable engineer, Simone explained that it was early days in the app scene so he had to teach himself. “Mars bought three brick-thick books and did all the tutorials to learn how to build an app,” Simone explained. Combined with Simone’s design skills and the marketing and PR insights learned from her years of working in newsrooms, this took 365cups from idea to reality in just one year.

The pair managed to develop their app in 12 months while balancing their full-time jobs and the demands of daily life. It was only once Simone started receiving calls about her business while at work that she knew it was time to give it her all and focus on 365cups full-time. But the decision wasn’t an easy one to make. “We had no idea what we were doing,” Simone shared. “We weren’t making much money and were working crazy hours, but we believed in it and just jumped right in.”

But as with any start-up, it wasn’t an effortless venture by any means. “There was more rejection than success, but you can’t let it deter you,” Simone implores. While developments in technology over the years has made running her business a lot less crazy, Simone says that she faced a lot of setbacks when she was starting out. However, those setbacks (like a bank rejection forcing 365cups to rethink their business model) actually allowed them to take on global clients. Simone encourages you to look at situations with a different lens. “Sometimes your biggest obstacles turn into the best opportunities.”

Simone even used having a little one to her advantage while starting out, taking her son to business meetings with her. “I took my little boy Josh with me everywhere and it helped break the ice,” Simone said. “Showing up with a little person made us relatable – most café owners have given up hectic careers to open a café, so they get it.” 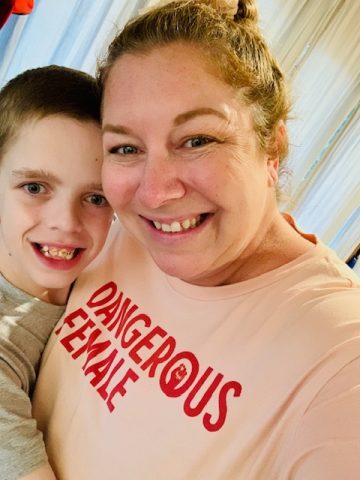 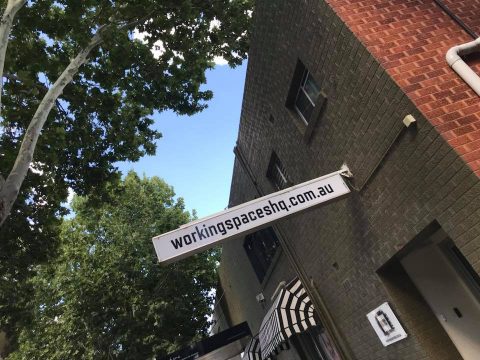 Off the back of the success of 365cups, Simone decided to open Working Spaces HQ. She feels that shared working spaces are important because of our innate need to be around people. “We do business with people, everything we do is about people,” she explained. It was a study tour to Silicon Valley that reminded Simone of her passion for regional Australia and desire to create a space to support and connect other start-ups. After all, it’s what her community had done for her, Simone shared. “The start-up scene is all about paying it forward.”

This community-focused mindset in Wagga Wagga contributed to the early success of 365cups. Simone calls the company location their “superpower” with the majority of their clients being based in regional Australia. “Technology removes our geographical barrier – I can do all the things I need to do and be five minutes away from anyone, including doing the school pickup,” Simone shared.

Today 365cups has been downloaded more than 65,000 times and is nearing 2 million orders, proving that there is a desire for technology-focused businesses in the regional parts of Australia. The power of a strong community and the tech-reliant nature of being in a location without the same luxuries as big cities are why app-based businesses aren’t as hard to launch in regional Australia as people think. “The regions are more tech savvy than people think. We have to be. I can’t pop into H&M on my lunch break, but I can shop online anytime.” Simone continued.

Now located on the far south coast of NSW, Simone is able to work on her internet-based business from anywhere in the country, proving that anything is possible in a technology-focused society. Her advice to anyone wanting to start their own business but is too scared? “Just do it! Don’t sell your house to fund it or give up your day job, just start on the side.” Simone explains, “It’s better to try and fail than not to try at all!”