We catch up with Premium member Talitha Cummins ahead of her 9 to Thrive appearance. 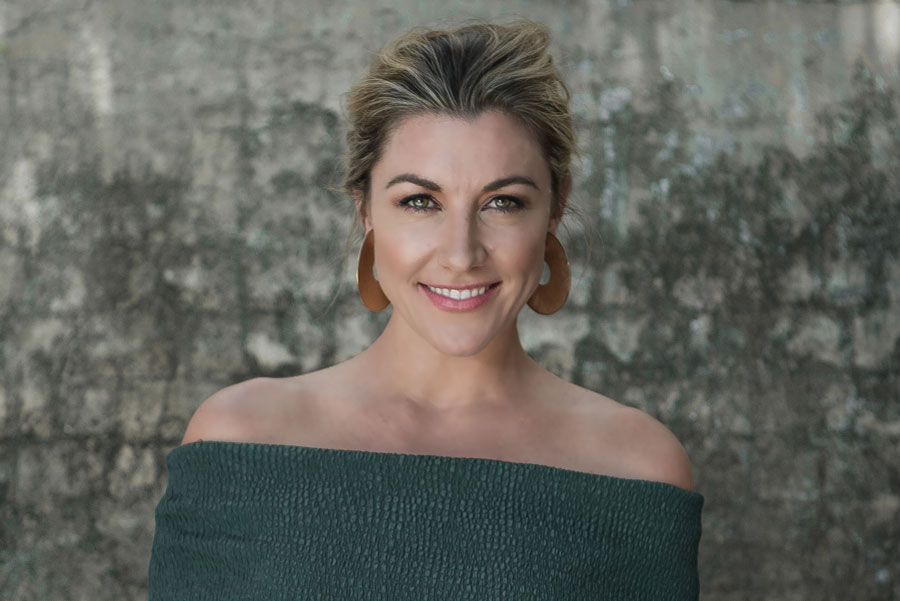 We caught up with Talitha Cummins ahead of her appearance at 9 to Thrive in Sydney. She’ll be moderating our Swipe Up panel alongside Tanya Hennessy, Emmylou MacCarthy, and Sophie Cachia.

When I was young, I wanted to be a criminal psychologist!

I was obsessed with prisons; I even went for a tour of Pentridge Prison in Melbourne as a kid. My family tried to gently guide me in a different direction and somehow I was talked into doing communications at university. Broadcast journalism seemed to be in the same realm, as I’m very curious and want to know people’s stories. I always ask, ‘But why?’ So, I did a whole heap of work experience in Maroochydore on the Sunshine Coast, and finally Channel 7 asked me to work for them. It was just one day’s work, but I was elated!

Getting my first paid work in journalism was one of the highlights of my life.

Still to this day, it’s one of my most prized moments. They made me work for it beforehand – I put in a lot of free hours to get my break! – but that feeling of accomplishment was just incredible. Eventually, I was spotted by WIN TV, and they offered me a job in Cairns, so I packed up my life on the Gold Coast and moved up north for my next role.

I grew up watching Sandra Sully on the late news every night.

I really admired her and I also loved Melissa Doyle – she’s all class. I aspired to be like them as I worked my way up as a broadcast journalist over 15 years. Since having my first child a few years ago, I’m not in TV anymore; I have a consultancy doing media training and speaking.

TV gets bagged out a lot as being catty and competitive, and there certainly can be that side to it.

But my experience in the industry has been really supportive; there’s no need to be competitive, there’s a piece of cake for everyone. Most of the people I’ve worked with, like Sarah Harris and Sylvia Jeffries, went through Brisbane together and we’ve kind of grown together through our careers, so we have a great network and community between us. I’ve been a Business Chicks member for years and years too – literally since my Brisbane days. I’ve always admired the way it operated, and the opportunity to be part of a supportive female community.

When the camera was turned on me, it was very nerve-wracking.

I went on Australian Story a couple of years ago and shared my journey with alcoholism, where I was revealing something that I’d tried to cover up for many years. Afterwards, I was surprised by how people thought it was so brave, but it actually didn’t feel brave. I think I’d been in recovery long enough, and I’d spoken about what I’d been through so many times, that there was no stigma or shame for me anymore. I realised that I was helping people by sharing, and I thought, why not?

I was surprised by the amount of women, including professional women, lawyers, doctors, and women from all walks of life who were saying a similar thing: that they self-medicate, that life is very stressful, that they don’t know how to stop.

There’s a real stigma attached to seeking help for alcoholics.

There’s an attitude in society that you should be able to “just stop”. Just don’t go to the bottle shop. It’s a lot deeper than that, and you really don’t know the depths of it until you’ve been there. That attitude drives me even more to want talk about it and get it out in the open.

I remember a bride on her wedding night turning to me and saying, “Talitha, you’re so much better when you don’t drink”.

I didn’t stop drinking for another two years, but it always stuck with me. There were many people over the years who made flippant comments or casual remarks; it’s one of the hardest things because when you struggle with alcohol, it’s under-pinned with denial. Typically, the person doesn’t want to seek help because they are ashamed and covering things up. For anyone supporting someone who is going through this, know that you can sit down with that person and talk to them with love, and while they may not make any changes right away, don’t feel it’s a futile thing; you may be planting a seed for later on.

In many ways, I’m now starting at the beginning again.

I enjoy helping people and after Australian Story I really thought, okay, if I’m doing this, then I’m really doing it – I’m going to say yes to everything. I’m going to do whatever if it takes to build, I’m going to work for free, I’m going to take advantage of every opportunity and just give this everything I’ve got. Right now, I’m putting together a speaking showreel because 15 years in broadcast television is apparently not enough – you need to show how you speak and communicate and interact directly with an audience. It’s all a big learning curve, but I’m absolutely loving it.

I think it’s so important not to overthink things – and to just say ‘yes’.

Just turn up and do it. Even if it scares you. I packed up and moved my life around the country so many times after saying yes to opportunities, because if it works, it’s great, and if it doesn’t then it was an experience and you learned something from it. Being open and saying yes is so crucial!

Social media can be your best friend – if you know how to work it.

You need to use it in moderation and make it work for you. It has really revolutionised the way journalists operate now – Twitter is an incredible source for stories, and it’s how celebrities communicate, so it’s a really powerful tool. It has been essential in me rebuilding my career post-television, because it gives me a platform to communicate, and people know what I’m up to and what I’m capable of. When you use it in the right way to market yourself, it can be incredible, and it’s 100% free! But of course, there is a downside. When you sit on the couch and scroll through and you see that everyone you know is in Europe – like right now! – it can be your worst enemy. It’s important to follow people and accounts that inspire you. Anything that becomes inauthentic or fake, I instantly unfollow.

Grab your 9 to Thrive tickets here!