Dr. Rowan Brookes is proof there’s no one road to success.

Dr. Rowan Brookes is proof there’s no one road to success.

You’d probably never guess that someone with a Ph.D. was expelled from school at age 15. 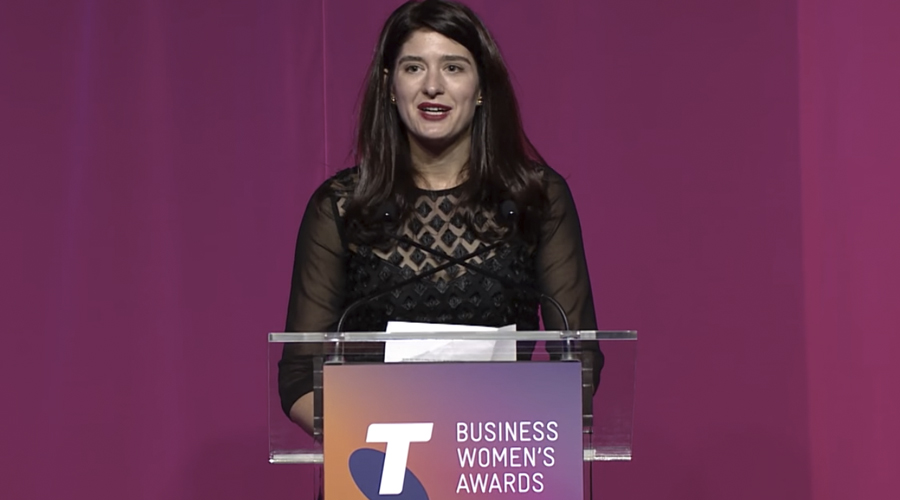 Rowan Brookes was no ordinary eight-year-old.

In fact, she was so extraordinary she became the youngest parachutist in New Zealand. Yep, what? She was given the opportunity by her dad and quite literally jumped at it. “As a young girl, I loved risk taking and being outside of my comfort zone. I did a lot of things at a young age that are probably not stereotypical for a girl,” she tells me.

Now she’s Dr. Rowan Brookes, a Telstra Business Women’s Awards winner, director of Education for the School of Biological Sciences and course leader for the Bachelor of Science Advanced – Global Challenges at Monash University. But her path to success was not a traditional, or an easy one. You’d probably never guess that someone with a Ph.D. was expelled from school at age 15. Rowan was.

“I left school at 15 because of a variety of factors. I had a very difficult childhood; I experienced abuse of pretty much every single sort you could describe through my early years. I was also incorrectly diagnosed with having a learning disability. So, I went through my entire schooling thinking I had dyslexia, which wasn’t the case. At the time, I was 15, had not only been expelled from school but also had left home; it was the best thing for me.”

Rowan was told she’d go nowhere, amount to nothing, achieve nothing with her life, but a testament to her strength, she never really listened.

“When you come from an underprivileged background you have the tyranny of low expectations – that you’re not going to achieve anything with your life.”

“And that was re-enforced with teachers that had given up on me at school. When I left school I remember having a really hard conversation with a family member, who I looked up to and admired, who said, ‘what are you doing, you’re going to go nowhere in your life.’ I never believed them. I had a sense there was something more I could achieve, and I didn’t have to go through life following the path other people were following. There would be a way – and I didn’t know what that was – but I knew there’d be a way.”

From 16 onwards, Rowan took control, determined to prove the non-believers wrong and find her way. “I found my strengths and passions and started to understand who I was. I worked full-time to support myself and then at 21, enrolled myself at university.” Rowan completed a Bachelor of Arts and Bachelor of Science with honours. She was then offered a scholarship at Monash University in Victoria to undertake a Ph.D. At 26 years old she packed up her life in Auckland and moved to Melbourne with her boyfriend, seven months pregnant and $500 in her bank account. “It was a crazy time in my life,” she laughs. “My Ph.D., originally was on field ecology in Borneo and I had this very naïve vision that I’d be able to strap my baby to my back and head off into the forests of Borneo. Of course, once my son arrived everything changed. I had to radically rethink what I was doing and continued with my Ph.D. but with something based in Victoria.”

“I had a sense there was something more I could achieve, and I didn’t have to go through life following the path other people were following. There would be a way – and I didn’t know what that was – but I knew there’d be a way.”

Fuelled by her own experiences in education, Rowan is on a mission to transform the way STEM education is taught to prepare students for the challenges of tomorrow. “I want to change STEM education for a number of reasons. Rethinking STEM education is an enormous challenge we’re facing in Australia, it is such a vital industry moving into the future. To be successful in educating this new generation of youth, we need science education to be more than a traditional education. We need to reinvigorate it with enterprise skills, communication, collaborate skills and teamwork. Drawing on my own experiences with the education system, I think we’ve got these enormously talented young people, and if we can only tap into their potential they are going to play enormously important roles in the future as our leaders, but we need to enable them and not constrain their creativity.”

“I want to change STEM education for a number of reasons. Rethinking STEM education is an enormous challenge we’re facing in Australia, it is such a vital industry moving into the future.”

Rowan was recognised for all her hard work in the area, winning the 2016 Telstra Victorian Business Women’s Public Sector and Academia Award. “All I could think about when my name was called up was my 15-year-old self. Right at the start of my speech, I said, ‘this one is for all the 15-year-old girls who believe the world has given up on them.’ I wasn’t planning on saying that, but it just popped out. All I could think was that if every young girl who has had a really difficult start to life could know that they’re wonderful, talented and their skills are really needed in the world, then hopefully they wouldn’t give up on themselves. Instead, they would have the strength and courage to live out their potential. No path to success is linear.”

And although Rowan isn’t that eight-year-old girl anymore, she’s still the same at the core, ready to jump at any opportunity. “That whole notion has really carried through to me now. I really feel the most inspired intellectually, spiritually and personally when I’m pushing my physical and mental boundaries. It’s been a lifelong joy.”

Business Chicks is proud to partner with Telstra Business Women’s Awards. If you know a woman who is doing extraordinary things in her field, (ah, hello it could be you!) we’d love nothing more than for you to nominate her for an award. Nominations are open all year round, and entries are now open. Go!

Head to https://www.telstrabusinesswomensawards.com/nominate/ for more details.