We have a feeling this will be the event of the year! 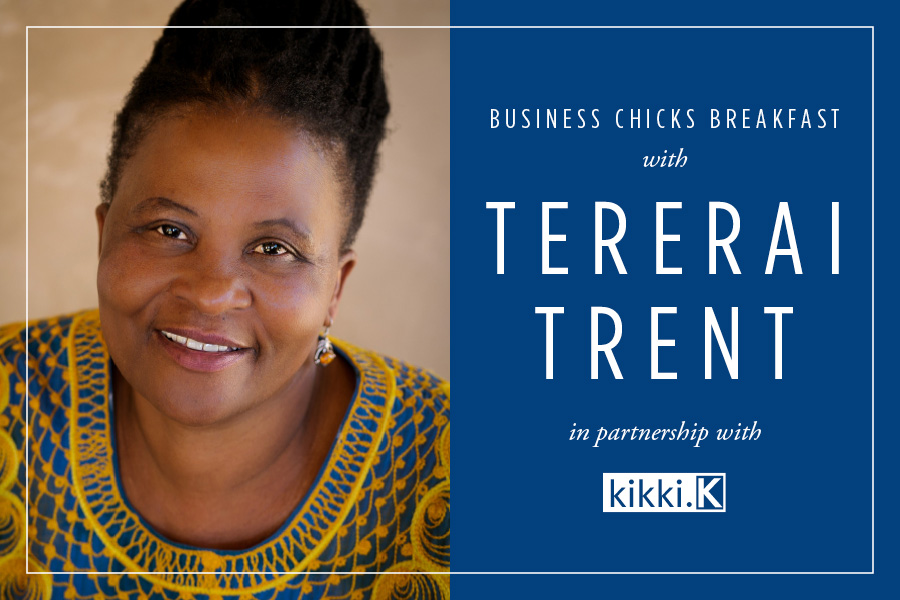 Tererai Trent grew up in a hut in a remote, rural village in Zimbabwe, with no running water and no electricity.

The boys in Tererai’s community were sent to school, but the girls were expected to stay home and help care for the family. Desperate to learn, Tererai secretly did her brother’s homework and taught herself to read and write from his school books. Her father eventually let her go to school, but she only attended for two terms before being married off. She was 11 years old.

By the time she was 18 she was a mother of three and it would seem that her life would follow the same path of the many women before her. She never gave up hope for something more though, and what she dreamt of more than anything was an education.

She then met a woman who would profoundly impact her life. Jo Luck, president and CEO of Heifer International, visited her village and told Tererai, “If you believe in your dreams, they are achievable.” With this inspiration and her own mother’s encouragement, Tererai wrote down her dreams of going to America for higher education. She put them in an old tin can and buried them under a rock.

That rock became the gatekeeper of her dreams and through steadfast determination, hard work and importantly, belief that they were possible, they went on to become a reality. She moved to America with her family, earned multiple degrees – including her doctorate- and is now an international champion of education and women’s rights and is a living example of what’s possible with opportunity and a dream.

A two-time guest on The Oprah Winfrey Show, Tererai was named by Oprah as her “All-Time Favorite Guest” – that’s a pretty big title to be bestowed – and received a $1.5 million donation to rebuild her childhood elementary school in recognition of her tenacity and never-give-up attitude. With the firm belief that education is the pathway out of poverty and a desire to give back to her community, she founded Tererai Trent International.

Join us to hear Tererai’s incredibly moving story. We have a feeling this will be the event of the year and like Oprah, she’ll be up there on our ‘favourite guests ever’ list too.

Kristina Karlsson, the Founder and Creative Director of global Swedish design and stationery business, kikki.K, will also join Tererai on stage after her keynote. With deep personal experience of the power of dreaming and then doing, Kristina is on a mission to encourage people the world over to create and follow their own dreams.

After growing up on a small farm in country Sweden, at the age of 22 she found herself in a new country, half a world away from family and friends, with little money and no idea what to do with her life. So what was a girl to do? Imagine what her dream life could look like – and then make it happen.Now there are 102 kikki.K stores around the world, the brand is stocked in another 250 stores, and sold online to stationery and design lovers in over 147 countries worldwide. Her new dream is to inspire and empower over 101 million people just like you to write their own dreams on paper and set about bringing them to life. In her debut book, Your Dream Life Starts Here, she shows readers how to stop and dream without limitation, by sharing her personal experiences as well as those of notable personalities, including Arianna Huffington, Richard Branson, Oprah Winfrey Stella McCartney and Tererai.

Each chapter includes exercises which are designed to break through conditioned, restrictive thinking, tune into their own passions, curiosities and sense of purpose and importantly, develop clear action plans to take control of their life and explore the incredible possibilities that await. Your Dream Life Starts Here will be for sale at the event.