Jacqueline Carlyle is the boss we all deserve 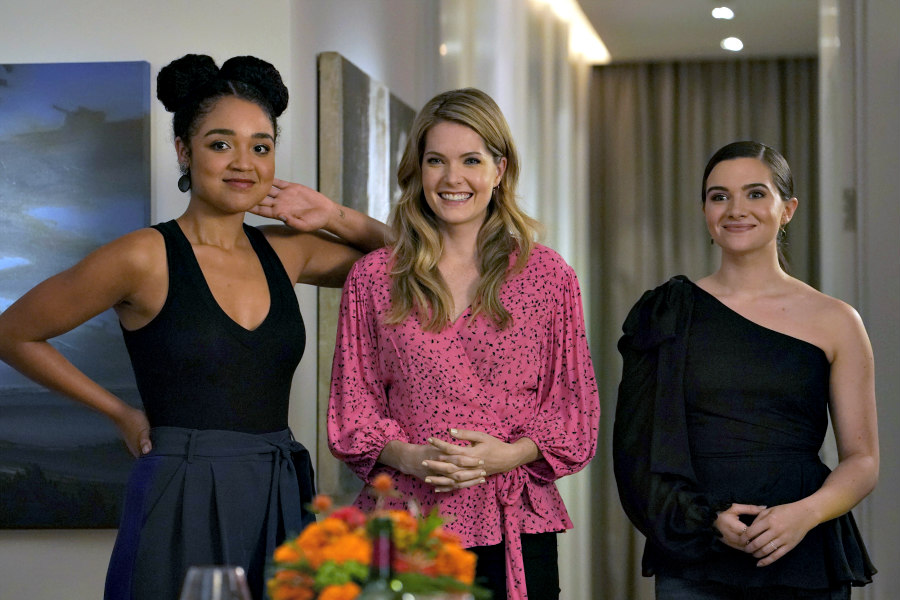 Brought to you by our friends at Stan.

While there are elements of the show that wouldn’t fly in a real publishing environment, The Bold Type is a deeply relatable look into what’s it’s like to be a woman scaling the career ladder today. We see the three main characters Kat (Aisha Dee), Sutton (Meghann Fahy), and Jane (Katie Stevens) not only make all the mistakes that come with our 20s, but navigate real world issues such as the #MeToo movement, workplace bullying, ambition, pay rise negotiations, and the importance of supporting other women at work.

The best way to describe watching Jacqueline Carlyle, Scarlet’s editor-in-chief, is… refreshing. When we consider how female bosses are often shown on screen – constantly in a laughable mess (like 30 Rock’s Liz Lemon or The Mindy Project’s Mindy Lahiri) or overbearing and cut-throat (like Diana Trout at the start of Younger or UnREAL’s Quinn King throughout) – Jacqueline Carlyle is someone we’ve never seen before. 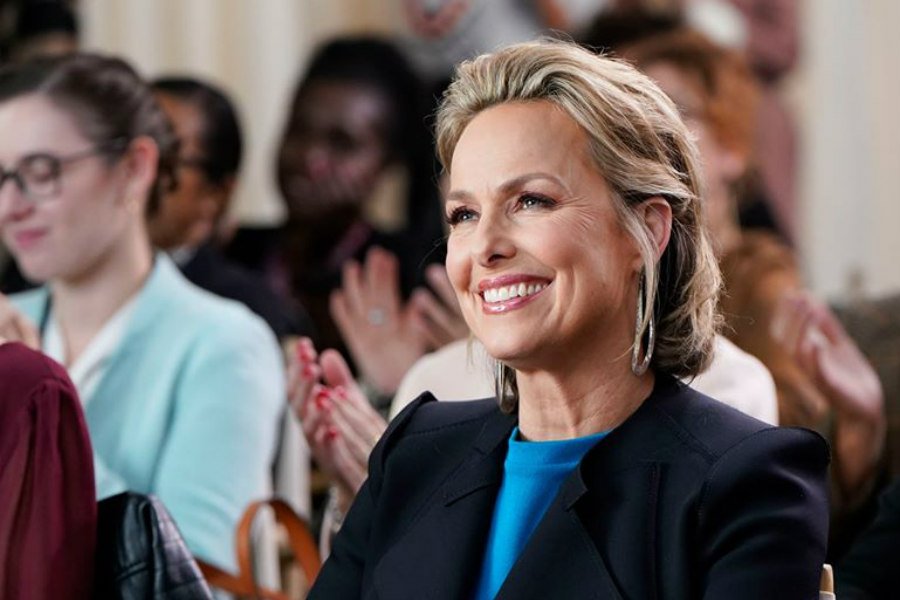 At the helm of the business, Jacqueline leads with empathy and is equitable, emotionally available to her reports, and willing to stand up to the board to fight for what’s right. She’s a leader you’ll want to emulate, and will immediately become your favourite character. Fun fact: her character is inspired by Joanna Coles, the former editor-in-chief of Cosmopolitan magazine and a current executive producer of the series.

2. The importance of work wives

In almost every episode, Kat, Sutton and Jane decamp to the fashion closet to discuss the issues they’re facing, both in the workplace and their own personal lives. And while this is the most aesthetically pleasing office water cooler we’ve ever seen, it highlights the need to prioritise your relationships with those who understand you the most. Whether it’s taking a walk with your work wife to talk through a problem or rapid-fire messaging your group chat, consulting your support crew will always give you a hit of confidence and the understanding you need to remain professional and level-headed at work.

You can (and should!) watch the trailer below for The Bold Type:

3. Know your worth, then negotiate hard

Asking for a pay rise is never easy, but getting to the end of our working lives without the savings or super we should have acquired is even harder. Whether you’ve just landed a new job or you’re pitching for a raise at your current one, always go into the negotiation with a Sutton mindset – supported by her work wives, she looks objectively at her dream job and living expenses, does her research, talks to colleagues to gain confidence, rocks a power pose, and unapologetically goes for what she deserves. And when her manager couldn’t meet her number, she negotiated work perks like paid lunches, guaranteed overtime, travel allowances, and a three-month review to make up for the wage shortfall. No matter what the situation, being ready to fight for what you deserve with the knowledge to back it up will always help you get paid what you’re worth.

Everyone’s had that gut-wrenching moment when we’ve realised that we’ve deeply and utterly stuffed up at work. Whether it’s a small-scale mortification or a much bigger misstep, we’d all do well to look at how our favourite powerhouse Jacqueline handles failure.

In mentoring Jane, an ambitious features writer, Jacqueline imparts some serious wisdom. “You did not fail me Jane. You just failed. Sometimes you’re going to fail. That’s what it means to be a professional writer. Now, go write something else.” 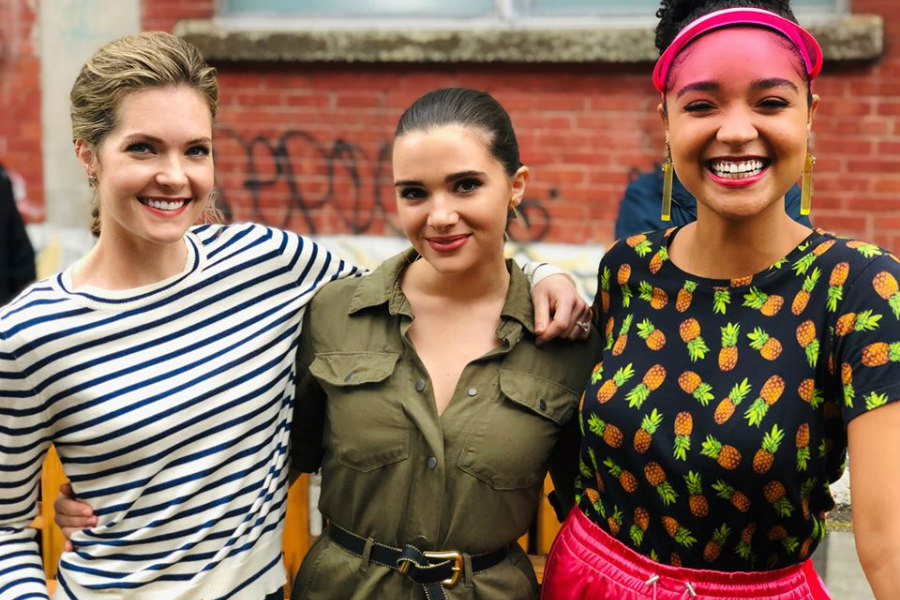 This moment highlights the importance of picking yourself up and moving on after those inevitable slip-ups throughout your career. Lean on your leader and/or support network to remind you that setbacks – and the knowledge you’ve gained from the experience – are all part of becoming great at what you do.

Millennials have a bad reputation when it comes to work ethic. If you believed everything you read, you’d think they’re all afraid to work hard and expect to be made CEO two weeks into a new job. The Bold Type doesn’t buy into any of that. All three of our girls fight hard to secure their place at Scarlet and prove that ambition isn’t a bad thing. They seek to find meaning in their work and use their positions to champion causes that are important to them both professionally and personally.

6. Speak up in meetings

Even women we perceive as powerful sometimes struggle to voice their opinions in meetings. Whether it’s a lack of confidence, preparation, or a gender issue at play, what we do know is that the only way to make your voice heard is to actually speak up. When Kat gets pulled into a board meeting at the last minute, she doesn’t hesitate to interject when a decision impacting her social media role is being made. She clearly articulates her point, knows the stats to back them up, and cleverly communicates her knowledge, all without being divisive. 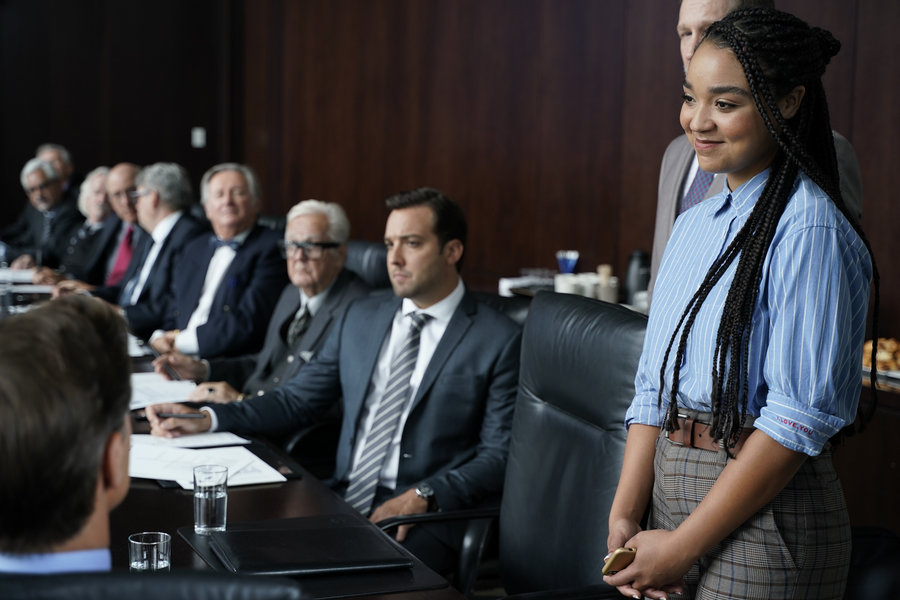 The glass ceiling. The glass cliff. The gender pay gap. The boys club. Maternity leave discrimination. There are so many barriers to women succeeding in the workforce, but despite all this, we persist. The #MeToo movement has been pivotal for women coming together socially, politically and at work to support each other in the face of adversity.

When it’s revealed that Jacqueline had been assaulted in her first year or journalism, we see this tackled in a more nuanced way than we’re used to. Her admission leads to an empowering moment where she physically takes the weights off a #MeToo protestor. It’s a poignant reminder that amplifying each other’s voices will only make us all stronger.

The brand new season of The Bold Type is now streaming, with new episodes same day as the US, only on Stan – so grab your work wife and strut on over to Stan to start your 30 day free trial now!