The Hunger Project: The movement in India that’s changing the world

The Hunger Project: The movement in India that’s changing the world 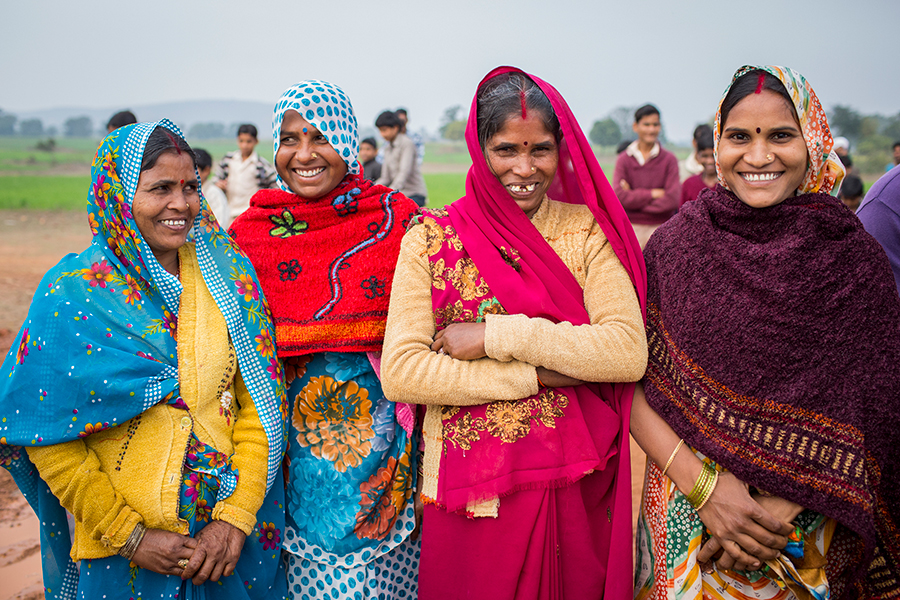 A movement is stirring in the middle of India. But it’s not all over social media, nor is it front page news. It’s not led by the top levels of government, university students, celebrities or activists; in fact, most people in New Dehli and Mumbai have no idea it’s happening. But it’s powerful- powerful enough to change the world.

A few years ago, I took part in the Business Chicks Immersion and Leadership program. Together with 20 other Premium members of Business Chicks I travelled to India to witness firsthand the work of The Hunger Project. Over seven days I had the opportunity to meet some of the most bold, innovative and fearless women in the world. But you won’t know their names; because they’re also some of the poorest, most marginalised and oppressed women in the world too.

India is a country of paradoxes. It is now one of the world’s largest economies; the rich are getting richer and the poor are being left behind in the dirt quite literally. Out of India have come some incredibly powerful women including Mother Theresa and Indira Gandhi, India’s first female Prime Minister, who was elected more than 40 years before Australia broke down that barrier. Yet being in India felt like I’d travelled back 200 years.

The position of women in India is truly horrifying and difficult to comprehend until you’re confronted with it head on. On our first day of the program we took part in an exercise that really brought it all home for me. We had the opportunity to sit in on a workshop with 30 Elected Women Leaders. In India at local government level, they have a quota system in place requiring 33% of all seats to be held by women. It was a trailblazing decision to make in 1991, creating 100,000 women leaders quite literally overnight, yet many women who find themselves in local government seats are completely unprepared having lived a life of complete subjugation. The Hunger Project specifically works with Elected Women Leaders in India, helping them use their position of power to transform their lives and communities. 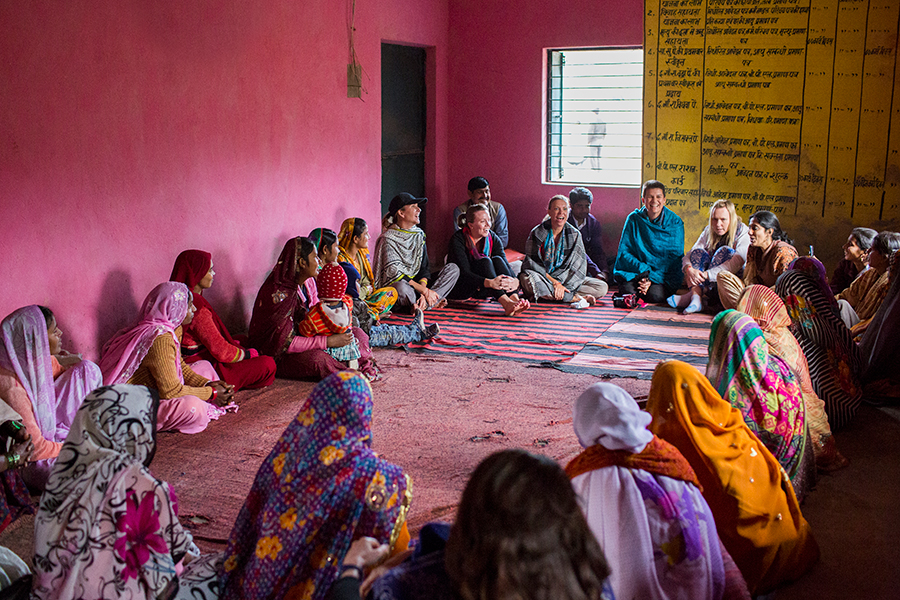 During the workshop we took part in a socio-gramming exercise where, together with the Elected Women Leaders we all stood together in the centre of the room. The training facilitator called out instructions like ‘If you had the opportunity for education go to the right of the room, if you didn’t, go to the left’, on this command our group of Trippers made our way to the right and all but one of the Elected Women Leaders moved to the left. We continued doing this and as a group of women we had things in common, but I had to hold back tears as the reality of these women’s lives unfolded in front of me. All of the women were married under the age of 18, with 14 the average. Not one got to choose their husband. It’s expected that women veil; covering their beautiful faces they become invisible to the world. They have no control over their own fertility, sexuality or body and most give birth alone at home. Violence is a given in these women’s lives, so much so that when I asked questions about it they laughed. They’re beaten if their husband’s dinner is not hot enough and sexual assault by others is ever present. Girls walking to school and women going out into the field to go to the toilet are raped. The women I met eat twice daily, and their meals include only chapatti and salt. They had never eaten meat, although their husbands do once a week.

During the trip I felt like everything was moving, a blur around me as I stood frozen contemplating what I was witness to. The only thing different about me and them is that we were born in different countries. Yet, this one difference completely affects the opportunities we have and haven’t had.

Against everything that’s been stacked up against them, Elected Women Leaders are accomplishing the most remarkable, transforming things together with The Hunger Project. One of those women is Sushila, an Elected Woman Leader from a low caste who is illiterate. Over the past three years she has had a toilet installed in every household of her village. How many toilets? 1200, that’s how many! Toilets and proper sanitation are a basic human right and crucial in stopping children die from diarrhoea. They’re also incredibly important to ensure women and girls stay safe.

In Ranjana Patel’s village, girls had to walk five kilometres to continue school after tenth grade. Often on the walk, girls would be raped and as a consequence they’d stop going to school to avoid the danger. She fought for two and a half years to get the school in her village to go up to the 12th grade to keep her girls safe and make sure they had the opportunity for education.

Kusom Kali is an incredibly smart and influential leader. She is non literate and from a low caste and worked out she needed to do something for the whole community to get them behind her. She built a crematorium for her village, meaning everyone could say goodbye to their loved ones with dignity, as previously people were forced to burn the dead in the fields behind their house. She then used the momentum of public support to get a school built for the girls in her village.

I am in awe of Sushila, Ranjana Patel, Kusom Kali and the tens of other women I met. I wish I had enough space to tell all their stories. They are the ones behind this incredible movement in India. They’re rising up from the dirt with The Hunger Project behind them. On our last day in India we visited the Taj Mahal, one of the greatest legacies every created. And it was a fitting end to the trip, because the women I met are creating a legacy of their own. A legacy that will mean their daughters are given all the opportunities kept from them and I feel so lucky I got to witness a little part of it, because I believe theirs are the greatest legacies of all.

Applications for The Business Chicks and The Hunger Project 2018 Senegal Journey are open now. Click here for more info and to register your interest.