The Hunger Project: What can one person do?

The Hunger Project: What can one person do? 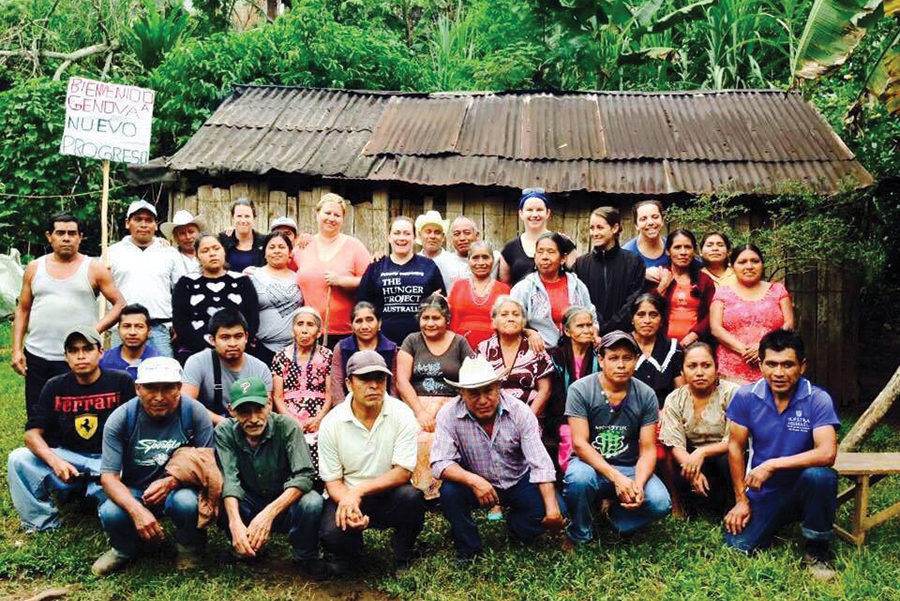 Premium member Samantha Cook took a leap and signed up to the The Hunger Project and Business Chicks Immersion and Leadership Program travelling to Mexico in 2015. Here’s how it changed her life.

When faced with the huge global issues of extreme hunger, people living in poverty and the gender equality gap, what can one person do?

Not quite sure of the answer – but with a keen interest in finding out (and ready for a challenge) – I applied for The Hunger Project (THP) and Business Chicks’ Immersion and Leadership Program in Mexico.

Along with a bunch of other Business Chicks Premium members, I travelled to the state of Oaxaca in Mexico to gain first-hand experience around what these issues actually mean for the people living with them on a daily basis – and what is being done in the fight against them.

To get to Genova (the village we stayed in), we travelled for almost nine hours in a van from Mexico City, then a further hour-and-a-half along a water- logged dirt road to where we were dropped off. We then started our hike into the village. A hike that takes the locals around 45 minutes to an hour – but had us slogging away at for over four hours. The remoteness of these communities is one of the reasons that the work THP is doing is so crucial. The people here feel isolated and forgotten.

Something that is important to remember however (and what makes them so different) is that although THP is facilitating the changes that are happening, it is the people themselves that are the ones building on their leadership skills to firstly create their vision, then do the work needed to make their vision become a reality.

THP have been in this region for five years now, and over the three days we were there it was clear how much work has already been done. And how much more there still is to do. It also didn’t take long for us to start seeing examples of what one person is capable of doing. People such as Maribel, Cleo, and Pedro, all who are now employed by THP, and are key players in the changes that are occurring. They all come from the actual communities that are working with THP. Being from the communities brings an insider’s view of what life is really like within this region – and a thorough understanding of the challenges they are up against. But it also offers the clarity needed when setting the vision for these communities, and the importance of not losing the essence of their culture along the way. Each of them has their own personal vision as well, that slots in with the vision for the communities they are working in. Being paid members of the team also means that their families benefit from their income.

When each village planned out their vision, they had key projects that they wanted to work on. These projects were then given an order of how urgent they were. One of the first things that the people of Genova worked on was getting electricity to their village.

An elderly man told the story of how (at over 70 years old) he had spent nearly all of his life not knowing what having light in his home felt like. We all laughed along with him when he told the story of when he turned the light on for the first time and didn’t like it as it hurt his eyes.

To get electricity in their village, it took five months of backbreaking work. They carried 50 electricity poles up and over the mountains, along the same narrow, winding track that we had struggled to hike. Each pole weighed one tonne and took 20 people to carry it.

Another key project that they’ve been working on (and we got to see first- hand) are the new stoves. With the traditional stoves that are still being used in some homes, the women would spend up to 12 hours a day cooking. With smoke pouring from the stove, and filling their homes, it has awful effects on their health. Also, the women who had babies were doing all of this with the babies attached to their backs, meaning that the babies were also being exposed to the lung damaging smoke from the moment they were born.

Building the stoves gives the local people both the technical skills they need to build even more stoves, plus the knowledge they need to fix them if problems arise. The new stoves are also much more efficient – they heat up faster, use less wood, and because they have four elements to cook on (that can be closed off if not all are being used) it takes much less time to cook their meals. Also, the specially designed chimney takes the smoke straight up and out – without filling up the house with smoke. They are now taking the skills learnt in building the stoves to other villages, and showing them how to do it as well. We got to experience what it’s like to be in a home with both a new and an old stove. The old stove had our eyes watering, and gasping for air within only a few minutes of being inside. I can’t even imagine what it would be like to be in there for up to 12 hours a day. 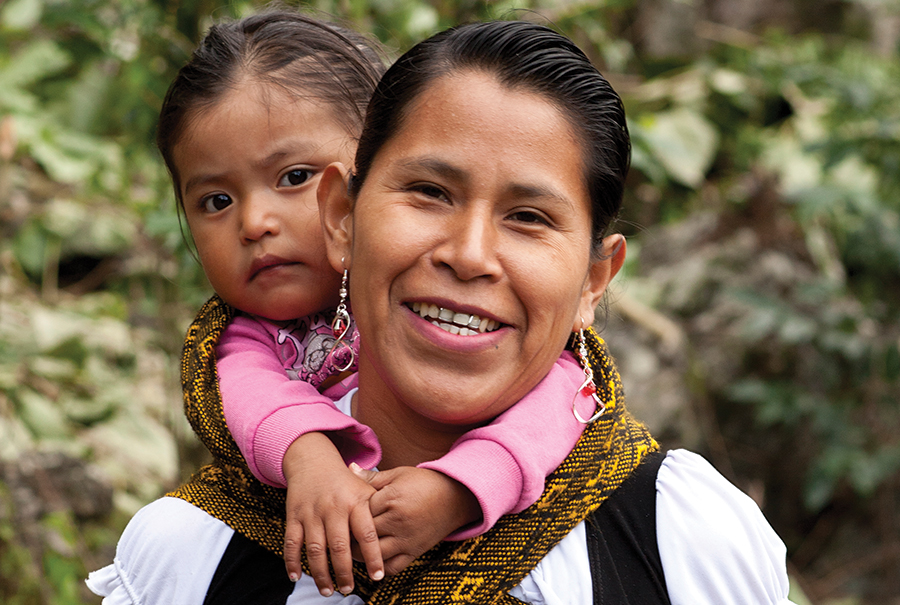 The new stoves are providing so much more than just health benefits. They use materials from nearby Tehuacán (therefore supporting local industry), and the local women and youth, build them. The women telling us the story acknowledged the teamwork it takes to build these stoves – and the great feeling of people coming together as a community to make things happen.

Through workshops that have been held by THP over their time here, it has helped the local people understand how they can all work together as a team and make their Vision become a reality, and was a recurring theme in all of the stories we heard.

This is true not just for infrastructure, but also traditional views of men and women, and their roles. We were told that there has been a huge shift in gender equality. By tradition, women don’t participate in meetings (or physical work like building stoves), but THP have worked hard to give these women a voice. It has been hard, and is ongoing, but many of the men have come to realise that if everyone (including women and youth) are on board, that their vision can be reached sooner.

As we stood in the beautiful village of Genova on top of a mountain in the Mexican rainforest, one thing that was at the front of my mind was how when an individual’s leadership is developed, their confidence has a chance to shine through, and they are powerful beyond measure. That they can then go on to encourage, inspire, and join together with other likeminded people within their community and have a huge impact.

These amazing people from some of the poorest villages in not just Mexico, but the world, have shown me that I too could dream big – and then do what I need to do (along with my ‘community’) to reach those goals.

So I ask again – what can one person do to end hunger, put a stop to people living in poverty, and towards closing the gender equality gap? As it turns out … a whole lot.

We’re off to Senegal in 2018. Is this your year to step into your true leadership potential and blow the lid off what you can achieve? The program will run from 13-19 November, 2016. Find out more here.