It’s time to own your success. 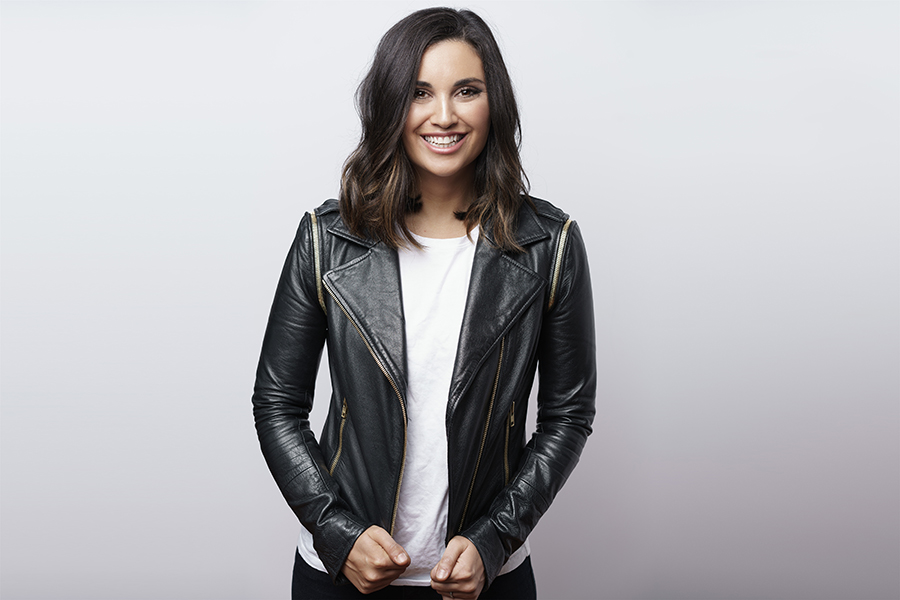 It’s a phrase we hear over and over again when interviewing some of the most intelligent and talented businesswomen in the country. These women have hit massive career highs or worked their way up to C-Suite status or launched highly successful start-ups, but often attribute their success to simply being ‘just lucky’.

This humble downplaying of talent is the focus of Jamila Rizvi’s book, Not Just Lucky, a career manifesto that highlights the inequalities women face in the workplace.

If little girls are made of sugar and spice and all things nice, then adult women are basically pavlova. Early in womanhood we are taught to please others, whether that is our parents or our teachers or our peers. We’re encouraged to behave nicely, follow all the rules and told that rewards will flow from that. By teenage-hood, popularity is the northern star for girls, guiding their every move. Those who achieve Peak Likeability reign supreme in the schoolyard, Queen Bees each and every one of them.

As adults, women learn to put the emotional needs of others ahead of their own. It is Mum, not Dad, who is expected to sacrifice her own fulfillment for that of her children. It is sister, not brother, who is presumed will take care of elderly relatives and drop the lasagne round when the next-door neighbour is sick.

Inevitably, the ugly shadow of these expectations infiltrates workplaces too. In the office, women stand back and let others have a turn rather than thrusting themselves forwards. We are polite, introduction deferential, helpful, and if we’re not we face social repercussions.

Modesty is a mandatory workplace requirement lest women appear intimidating, pushy or, worst of all, ambitious. Where men are bold and visionary, women are aggressive and overbearing. Falling over themselves to appear nice and non-threatening, even the highest-achieving women in the world attribute their success to chance.

‘I was just lucky,’ she says aloud.

‘Please don’t hate me ’ is her unspoken plea.

The negative ramifications of these unwritten rules of women’s likeability are most apparent at work because workplaces reward precisely the opposite kind of behaviour to what is generally expected of women. This is particularly true of corporate structures. Traditional workplaces were built for, and by, men. Women are still relatively recent additions to these environments in the context of history. Women remain few and far between in the rooms where executive decisions are made and office culture is shaped. So workplaces continue to accommodate and reinforce typically masculine behaviour. Self-promotion remains the fastest path to actual promotion. Big deals are sealed through competition, not collaboration. Leadership opportunities are awarded to the dominant, not the deferential. More money is paid to those who ask for it, rather than those who worked hard for it.

Women are left with an impossible trade-off between being liked and being successful. It’s a Sophie’s Choice hard-coded into Microsoft Outlook and hidden between the lines of shift rosters and interdepartmental memos. The result is gender bias that’s firmly taken root inside our own heads. A bias just as powerful and sinister as the one that sees women earn on average $1 million less than a man over the course of a lifetime. A bias that manifests itself as an inner voice that tells us we’re not good enough. A voice that says we do not belong. A voice that warns us we might fail and nobody will like us if we do. A voice that slowly, surreptitiously erodes a woman’s belief in her own abilities.

I spent several years as the editor-in-chief of Australia’s largest independent women’s website. In that job, my boss was a woman, my team were women, my team’s teams were women, and our readers were women. Management supplied tampons in the toilets. Too busy for lunch breaks, we ate cereal sprinkled with oestrogen at our desks (I’m kidding but only a little). The women I worked with were clever, curious and determined. They had every reason to feel buoyant about their futures, and yet when success did come their way it was always met with surprise and hesitation. An intern called Kahla was once so taken aback when I offered her a permanent job that she actually tried to talk me into hiring someone else. She wanted the role but, despite being an emerging writer of considerable talent, she couldn’t wrap her head around why she had been chosen above others.

My experience working in federal politics was entirely different. The corridors of political power are dominated by two kinds of people: old men in suits and young men in suits. When I worked in Parliament House, my world was full of men: a legitimate sausage fest. The women tended to be employed in less senior roles and their voices rarely carried the weight of their men colleagues. When they did hold positions of power, women were treated differently and scrutinised more closely. Regardless of the actual gender breakdown in the building, it was decidedly a man’s world. This remained the case even when Julia Gillard became Australia’s first woman prime minister. While a brilliant woman occupied the main office, there were still men in the background and on the sidelines making her already difficult job all the more so. 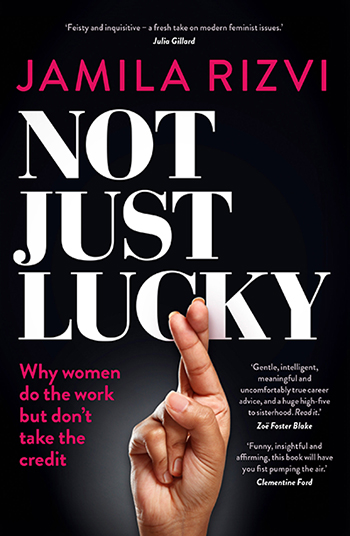