We’re celebrating the good news that happened this week. 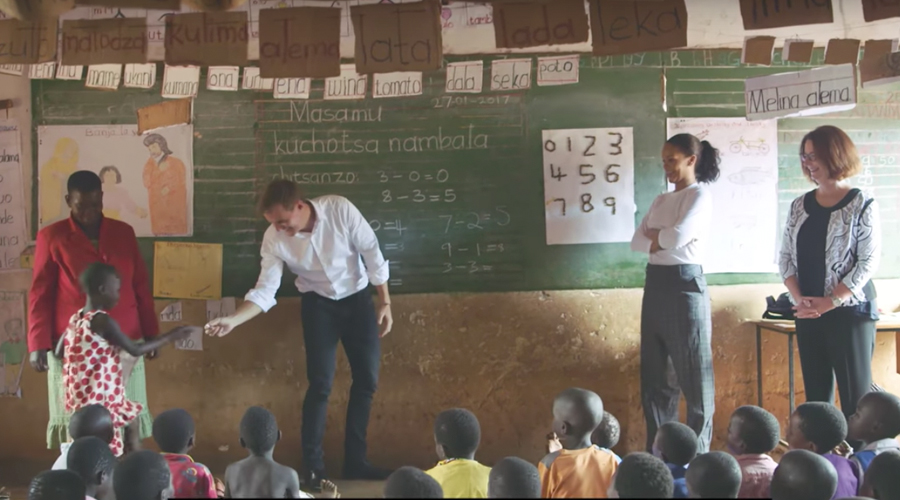 It’s been a terrifying week in the news, the Beijing kindergarten explosion, the Grenfell Tower blaze in London, the deadly military operation in Marawi, Philippines – we won’t go on. But more than ever, we need to highlight the good things happening in the world, so we’re bringing you some good news. We’re celebrating the female firsts, wins, and awesome fist-pump moments that happened this week.

It’s a double win for Serbia today as Ana Brnabić, a graduate of the University of Hull in England, is the nation’s first female PM and first gay PM.

The popular Serbian President, Aleksandar Vučić, personally appointed Brnabic for PM with the mandate to form a new government within the deeply conservation nation. We wish Ana every success.

2. Rihanna and Julia Gillard have partnered up in Malawi to raise awareness of the gaps in education

In one of the more enviable friendships of our time, Julia Gillard and Rihanna travelled to Malawi to teach disadvantaged kids biology, maths and soccer. Fifty per cent of Malawi’s population live below the poverty line, where only 8 per cent of students continue into high school. The women met with government officials and organisations to figure out ways in which they can improve its education system and end the extreme poverty in Malawi by 2030.

Rihanna is the Founder of the Clara Lionel Foundation and Julia Gillard is a Board Chair of the Global Partnership of Education. The future looks a lot brighter when dynamic women come together to help solve the issues of our generation.

It’s taken over 100 years of film, but we finally have a female starring, female directed action movie that crushed the patriarchy in its opening weekend making $134 million. In 2016, women directed just 7 per cent of the 250 highest grossing films, which makes Wonder Woman’s success even more wonderful. Directed by Patty Jenkins and starring Gal Gadot as the Amazonian superhero, it’s a refreshing shake up to the world of comic-films. Since 2000, of the 94-superhero films released, women have only led two.  Women are superheroes just in our existence, so it’s cool that there’s finally a movie that does justice to all that we’re capable of!

Side note: Oprah held a Wonder Woman party and we can’t get enough of the pics.

4. Record number of Women Elected in the UK election

The recent election in the UK has seen 208 women elected into the House of Commons, 99 years after the first woman was elected into British Parliament. This is a huge step for the future for women in government, as every election in the past few decades has seen a steady increase in the opportunities offered. The Minister for Education, Justine Greening is also the first openly gay minister in the front bench too. Regardless of the result, women in politics should be celebrated and we’re stoked at what this can inspire for the women of the future. Locally, Melbourne University’s Pathway to Politics for Women was launched earlier this year. Providing far more opportunities for women in Australian politics, hopefully inspired by the girl power on display in UK politics.

Abigail Forsyth’s Co-Founded KeepCup has seen a huge rise in sales following ABC’s War on Waste. The Australian, sibling-run company started in a warehouse in Melbourne and has expanded to international success as the environmental destruction of reusable coffee cups came to light. Forsyth believes that until recently, people didn’t realise that coffee cups weren’t recyclable, which she thinks explains the 400% increase since June 3 alone.

“Out of this little cup came an awareness of how our small actions can make a big difference in the world.” 💯 We ❤ this blog post from Érin at @papermachemind #salutethereuser #reuserevolution #reuseablenotdisposable #byocup #smallthings #noexcuseforsingleuse #KeepCup #regram

6. Cate Blachett leads the honours on the Queen’s birthday celebration

Receiving an AM, Cate Blanchett has been awarded the highest recognition for merit and eminent achievement. She was recognised for her work in the arts, as well as her support for environmental and humanitarian causes. Collette Dinnigan was named an Officer of the Order of Australia for her fashion design and being a role model to women. Other noted women include Ruth Abdullah who received the Medal of the Order of Australia for her work in Indigenous communities and Aboriginal educator, Patricia Cameron who got an AO. Men are still outnumbering women in the amount of awards given, but we think it’s quality over quantity for these women who are excelling in every aspect.