‘We’ve got to be OK and accept that sometimes we will be uncomfortable.’

‘We’ve got to be OK and accept that sometimes we will be uncomfortable.’

Who writes their life story at 24? Yassmin Abdel-Magied, that’s who. 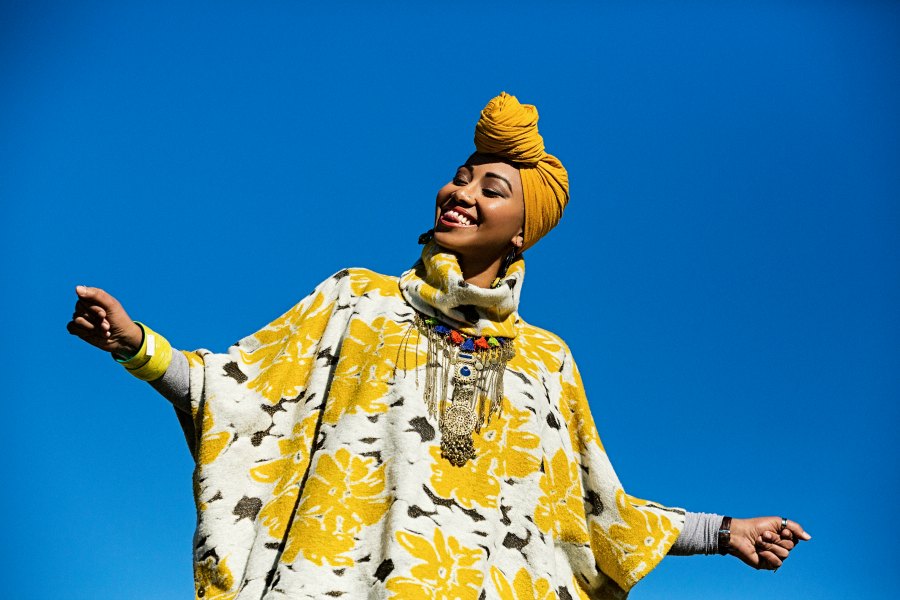 Who writes their life story at 24? Yassmin Abdel-Magied, that’s who.

On the day of the photoshoot for this issue’s cover, Yassmin Abdel-Magied has an interview with Channel Ten’s, The Project, during lunch, and then races off to dinner at Kirribilli House with Malcolm Turnbull when we finish. Days like this have become pretty average for Yassmin, who has fast become seriously influential in many spheres. For most of us, it’s easy to describe what we do in a word or two, but that’s not the case for Yassmin, who continues to add to her bailiwick – despite being just 25 years old. “This year I’m doing things at the pace that I want to be doing things; I don’t know any other pace, right?!” Yassmin says as we chat. “Every now and again I turn around and I’m like, oh god; wow!”

Wow, alright. Yassmin is a mechanical engineer, published author, outspoken activist, founder, Queensland Young Australian of the Year, community worker and adventurer. She describes being associated with multiple identities as a blessing. “It’s a really interesting question,” Yassmin says when I ask how she describes herself. “If people really want to know, I describe myself as an adventure junkie. I just want to try out a whole bunch of different things … and I’m a storyteller. I like trying out different things and then I really like telling stories about them. Those stories are how I communicate out to the world and I’m someone that wants to have an impact and try and do that not only through my actions, but through telling people about them so that they can view things in a different way.”

That girl
When you meet Yassmin you can tell in an instant that she’s a little mischievous. She would have been that three-year-old who never stopped asking questions and that 13-year-old who was too smart for her own good. Born in Sudan, her mum says she was born in a world of her own. “She was so impatient to join the world that she didn’t even wait to come out properly,” Yassmin quotes her mum in her memoir, Yassmin’s Story, referring to the fact that she was born ‘en-caul’ – with part of the amniotic sac on top of her head – an extremely rare birth event. From the very beginning, Yassmin did things unconventionally.

Living in the aftermath of the coup by Omar Hassan Ahmad al-Bashir, a man who still today runs (and Yassmin says, “ruins”) Sudan, Yassmin’s parents made the very brave decision to move to the other side of the world when she was almost two. They choose Australia because Yassmin’s mother had been writing to a pen pal in Brisbane since her university days, who helped them make the move, even taking them in until they felt comfortable. As one of the first Sudanese families to settle in Brisbane, Yassmin knew on some level that she was different. “I don’t think that I ever internalised that difference, though. I think that came from the fact that my parents never made us feel like we should apologise for who we were or that we needed to change who we were. Like yes, we were different, but that didn’t mean we were any lesser; that didn’t mean we had to be a victim. And I guess that’s kind of been the way that I’ve approached everything, I treat my differences as one of my strengths. My differences allow me to bring something different to the table. Obviously going through high school, you want to fit in, you want to be the same, but then there’s these moments of realisation of  …

‘Oh, the fact that I’m different is something to be valued.’ And that’s why I’m able to make change. So why not celebrate it?”

Both Yassmin’s parents could speak English well, but that didn’t stop some hilarious miscommunications of Australian slang in the first few years. “They got invited to dinner and were told to bring a plate. My parents were like, ‘Gosh, these people must be so poor if they can’t afford crockery.’ So they went and bought a whole set of plates and also knives and forks and spoons – they thought these people must really need help! It was utter confusion,” Yassmin laughs.

Yassmin’s parents quickly became involved in the community – they set up the Sudanese Community Organisation in Brisbane, were always on the board at her school, and Yassmin’s mum served as president for the Islamic Women’s Association of Queensland too. From the very beginning they role modelled to Yassmin a way of life that often served others. “My parents didn’t provide a cushy environment,” Yassmin says. “They would say, if you want to go do something, you know, go out and do it! We won’t coddle you, we won’t spoil you, we will provide for you – we will essentially treat you like adults.”

In her final year of high school, Yassmin attended the Asia-Pacific City Summit. Young people around the world met to discuss the issues they were dealing with and the organisations they were working with. Yassmin noticed that none of the groups were working together, so with her parent’s teachings ringing in her ears she did something about it. At just 16-years-old she founded Youth Without Borders, an umbrella organisation that empowers young people to work together to positively change their communities. “Young people, like many other young people in the past, definitely bring that freedom of thinking that is unique to leadership. The more you know about something the more you kind of inhibit yourself in many ways.”

Life on the rig

After school, Yassmin went on to study engineering in Queensland, and just to make her more awesome than she already is, she also captained the university’s race team feeding her obsession with fast cars. At one stage her dream was to become the first female Muslim Formula One racing driver! At 21, Yassmin found herself working as a mechanical engineer on a remote oil and gas rig – the only woman, and certainly the only Sudanese-Egyptian-Australian Muslin woman – among more than 100 men in an arena, that really couldn’t get any more ‘blokey’. With her hijab quickly christened a ‘tea cosy’, Yassmin spent four years working on oil rigs until she took a step back this year to launch her book. Yassmin being a woman was a bigger deal for her colleagues than the fact she was a Muslim.

“A lot of the guys didn’t even realise I was Muslim; some thought my headscarf was a health and safety thing,” she laughs.

“But because I was a different gender I didn’t fit the social structure very well. You know, they have to figure out, do you talk to me like a man? Do you need to treat me differently? Definitely the factor of me being a female was a bigger deal.”

Yassmin, being the person that she is, carved her own path on the rigs; she’s the type to befriend anyone and everyone – a lot of high vis and a little blokey talk wouldn’t stop her. With an unwavering belief that it’s human connection that breaks down stereotypes, she has a love for conversation. “We’ve got to be open to the interactions around us. We’ve got to be OK and accepting that sometimes we will be uncomfortable. There is a level of personal responsibility too; we can’t expect change to occur if we all just keep doing what we’re doing. Make an active attempt to engage in things – whether it is going to a different cultural festival or having a conversation with a colleague at work who is fasting through Ramadan. It’s OK to be uncomfortable with things that you don’t know, with ideas that are different, with perspectives that are different. Being uncomfortable means that we’re learning. It means that we’re growing. So I think, you know, lean into that discomfort because that is how we end up changing.”

While working and living on the oil rig, Yassmin began to write to fill the hours. Soon her life story poured out of her as she sat underneath the moonlight serenaded by the never ending din of machinery. “Who writes their life story at 24?” is a question she asked herself. But her answer made sharing it with the world a non-negotiable.

“Growing up I didn’t see any stories of people that even vaguely resembled my life.”

“There were no stories centering on young women, people of colour or Muslims. There were definitely no stories of young migrant women who grew up eating mahshi and listening to Avril Lavigne.

“The stories being told about people like me are often told by people who are not like me, and often without permission. Muslim women are very visible in the community, but voiceless. Young Muslim women in particular are never allowed to speak on their own accord or of their own accord. They’re never allowed to speak for themselves. It is exhausting to forever be talked about without being involved in the conversation in a meaningful manner. And my book is not just about me and my story. It’s the story about growing up migrant and Muslim post 9/11 in a country like Australia. It’s the story about all these amazing strong Muslim women who wear hijabs who the world tells me should be oppressed, but are actually sassy and swaggy as! It’s the story about so many other young Muslims who have awesome, rich, diverse lives who smash all the stereotypes.”

As Yassmin dances to Rhianna and Beyoncé between shots, it’s easy to forget her power and influence: she’s just a regular 25-year-old who certainly knows how to rock a hijab (she even runs an Instagram account dedicated to hijab style and inspiration! @HijabKween). As she forges a hybrid career as an engineer, social advocate, media commentator, government advisor, TV and radio personality and motorsport journalist, among a growing number of other things, one thing is clear: this woman will continue to challenge who we are as a society, and you can’t help but want to join her to make this world a better place.

Want to hear more from Yassmin? Take a look at her website here.