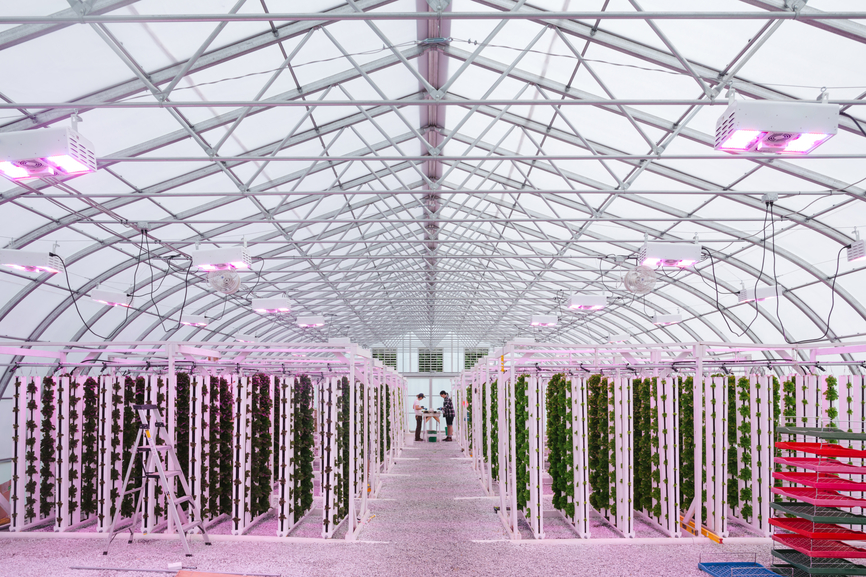 Organisations have signed on for total equality by 2020. Women will be represented, paid the same as men and supported in their home and work life and the glass ceiling will be a close memory, but a thing of the past. We asked three leading ladies where they saw the future for women ten years after that, in 2030.

It’s not a new conversation, it’s not a new issue that we face, but the future for women in the workplace is something that affects us all. The statistics show how the workforce is working against women, beyond male-dominated industries. They reflect how the pay gap represents so much more than just money, but how and to what extent women are appreciated for what they do both in the workplace and at home. Women in the workforce are undervalued and underrepresented, so what’s in store for the future of women’s employment? Anne Summers, Cyan Ta’eed and Tracey Vieira shed some light from their respective industries to let us know.

Anne Summers expects that, by then “inequality will be a thing of the past and that women will occupy the full range of jobs and all levels of occupations and management – including governance bodies such as boards – as men currently do, and be equally remunerated, including with their retirement income.”

But statistically, there are still facts showing how behind we are. Tracey Vieira thinks that 2030, at the rate we’re going looks not totally unlike where we’re at now. “In 2017 the number of women in key leadership positions in Australia actually went down which shows that unless we make immediate changes, that 2030 will look a lot like 2017 which ironically looks similar to 1946.”

One progression from 1946, however, is the progression of technology that is changing the nature of employment and flexibility, as we know it. Cyan Ta’eed thinks that this will change how women work completely.

“The Committee for the Economic Development of Australia estimates that up to 5 million Australian jobs, or 40% of jobs that exist today, could disappear in the next 15 years due to technological disruption. However, the good news is that it is likely that the jobs remaining and new jobs will likely be far more flexible than the average work day most of us currently experience.

“The “gig economy” will increase, and – provided governments continue to take measures to ensure workers are supported in these industries – this could actually be pretty good news for working mothers or anyone who wants or needs to work flexibly. So while how we work and how quickly we adapt to new technology will become critically important, those traditional requirements of being in an office for a certain number of hours a day should decrease, so more women can contribute to the workforce on their own terms.”

Statistics aside, a reimagined workforce can only happen once we stop marginalising women as a separate working entity to men. It involves respecting that many women want, and often need, to opt-out or opt-in to the workforce with their changing family landscape. Where these barriers are recognised and companies aim for equality, there remains a division between equity and equality which Anne Summers hopes changes by 2030.

“Businesses need to recognise the barriers that currently stand in the way of women and ensure these are removed. It is likely that an increasing number of women will engage in entrepreneurial and small business activities and this is to be encouraged.

“I hope that women will be free and able to pursue their business and economic dreams without discrimination or other barriers.”

Flexibility is a huge issue for women and men in office productivity says Cyan Ta’eed.

“My hope is that by 2030, we will have not only done away with the outdated concept that someone needs to be in their office from 9 to 5 to work effectively and productively, but it will be commonly accepted that dads are just as engaged in working flexibly to be present in their young children’s lives. And if that happens, that prejudice against working mothers will disappear because it will be accepted that all humans need, want and deserve flexibility.”

Tracey Vieira believes much of what needs to change for women to be appreciated fully in their role in business is their representation on screen.

“I often speak about diversity on Boards, and as a CEO I am one of only 15.4% of Australian women who hold this position. For the landscape to shift so that we see a difference by 2030 we need to demand inclusion on every level from pay equity, to equal representation in Government and on Boards.

“There is a saying that you need “to see it to be it” and in screen our performance is dismal and perhaps this is most critical to change in how gender is represented in children’s television. A study in the US that surveyed almost 400 communities revealed that when girls and African-American boys watch children’s television their self-esteem decreases, while for Caucasian boys their self-esteem increases. It is not surprising when we actually break down what is happening on the screen.”

With so many elements affecting the unconscious bias of people in the workforce, there’s a lot that we can do individually and collectively for practical change.

“As a business owner I want to ensure our 300-strong team has a working life that supports them in the rest of their lives – and that has meant going to a 100% flexible work environment. Working this way is slowly becoming increasingly common, and I think business owners and leaders are starting to become more comfortable with the idea that flexibility could actually enhance their team’s productivity, happiness and output.”

Tracey Vieira’s looking more into the role that screen representation plays, and what an impact this makes on expectations of women in business for kids in their formative years.

“To change this, we need to have more equity in who is creating the content. When women are writing and/or directing screen content, there are more women hired on the production and more females in the content. We need to ask when looking at content, why decisions were made about the gender and cultural background of that character.

“We need to know what our kids are watching and we need to notice when only 17% of the crowd scene is female, or that there is only one female character in an entire movie. Start looking at gender even in animated characters that your children have watched and be prepared for your jaw to drop open. We need to become conscious that when we don’t notice this disparity that we are saying it is okay and it is not.  I for one am not prepared to wait 170 years for gender equality.”

Anne Summers’ needs and practical tools for the future of women’s business are outlined in The Women’s Manifesto.

“These include: legislation to ensure equal pay, guaranteed equality within the workforce – meaning sexual harassment and pregnancy discrimination must be totally eliminated, and all terms and conditions of employment need to be equalised. Paid parental leave mandated for both parents, childcare to be universally available and cost-controlled and 50 per cent quotas to ensure women’s equal representation on all boards. For this to happen, employers, governments and all relevant organisations must sign on to the principle of total equality by 2020.”

Women have an irreplaceable role in the home, but it’s time for the same irreplaceable role to be recognised in the workforce. A lot can change by 2030, and not standing for any more inequality is the only way we’re going to do this.

How International Women’s Day is celebrated around the world