3 tips to boost your confidence at work

3 tips to boost your confidence at work 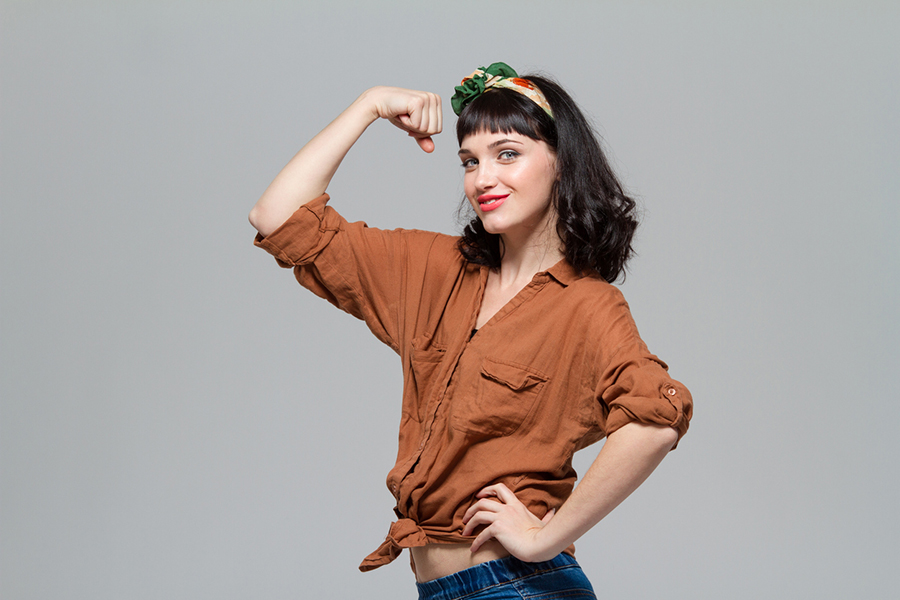 Sometimes we have it … and sometimes we don’t. We didn’t know whether to be relieved or dismayed when we started hearing women who look like they’ve got this whole confidence thing sorted say that deep down they’re struggling just like the rest of us. When the likes of German Chancellor Angela Merkel or the head of the International Monetary Fund, Christine Lagarde, admit that their feelings of self-doubt lead them to exhaustively prepare and over-prepare, what hope is there for the rest of us?

The truth is we’re in good company. Fifty per cent of female managers and 31 per cent of male managers admit to feelings of self-doubt. Finding ways to overcome this and feel authentically confident is a critical step on our Lead Like a Woman journey. This is because a growing body of research shows that when it comes to success at work, confidence is more important than competence.

In the work we’ve done with thousands of people, we know that confidence in women often looks different than it does in men. One of the biggest challenges we’ve found is that many of us mistakenly believe that confidence requires us to behave like assertive jerks, demanding we get what we deserve, talking over the top of other people and dismissing ideas that aren’t our own. While this behavior may sometimes work, it’s not actually what’s confidence is all about.

Instead, researchers are finding that confidence is simply the ability to turn your thoughts into action. It’s what allows you to start acting, risking and failing and stop mumbling, apologising and hesitating. With real confidence, you can take on the world. Without it, you remain stuck on the starting block of your own potential.

“Researchers are finding that confidence is simply the ability to turn your thoughts into action.”

It’s not actually bravado, but their ability to turn thoughts into action that allows so many of our male colleagues to willingly risk their careers on new challenges, confidently ask for more money and gamely put themselves forward for promotions even when they’re not quite ready. A lack of confidence is also why – despite being better educated than many of our male colleagues – women generally ask four times less frequently for pay rises, negotiate salaries that are 30 per cent lower and won’t put themselves forward for promotions unless they tick every single box on the PD.

If confidence is as simple as turning our thoughts into action, why do we hesitate and hold ourselves back at work more often than our male colleagues? Why do we find feeling confident so challenging?

These are the questions researchers are hotly debating. Some researchers chalk this up to biology, noting that not only does it appear that women have 30 per cent more neurons firing at any one time, which can lead us to overthink things, but the cingulate gyrus (the brain’s “worry wart”) appears to be larger, making us much better at recognising our mistakes and ruminating over them. Add to this our generally higher levels of estrogen and lower levels of testosterone, and it’s no wonder we’re prone to avoiding conflict and risk – even at the cost of winning.

Yes, it does seem there may be good biological reasons why we lie awake at going over any tiny passing criticism and why we over-prepare for things. But are we really just victims of how our brains are wired when it comes to confidence?

Other researchers argue that our lack of confidence is also shaped by our social experiences. Let’s face it, for most of us, school is where we were first rewarded for being good and doing things the right way. This usually involved quietly figuring things out and finding the perfect answer, while not making a fuss or being challenging. The result is that studies suggest women often learn early on in life to avoid taking risks, making mistakes or stirring things up, while men (who according to one study get eight times more criticism for their conduct than girls do) learn that a little scolding, failure or debate can be taken in one’s stride.

It’s not just inside the classroom that we receive different messages about confidence. While girls are six times more likely to drop out of team sports as teenagers, boys keep playing. This gives boys the opportunity to learn how to own victory and survive defeat, with some studies even suggesting this experience explains a direct link between playing sports in high school and later earning a larger salary. It appears to be a vicious social cycle: as girls, we lose confidence so we stop competing and therefore deprive ourselves of development opportunities that would help us discover that failure is an important part of learning.

Also in the mix are the social experiences we encounter at home (don’t be too bossy) and at work (don’t be too nice but don’t be too assertive either), and it’s easy to see why we start to hesitate, hold ourselves back and dumb ourselves down rather than confidently turning our thoughts into action.

And then of course there’s the way we look. Researchers have found that at every age the physical appearance of women plays a disproportionate role in building our confidence. And who can blame us when studies suggest that while overweight men can be seen as powerful, savvy, competitive and intelligent, overweight women are often deemed less organised, less competent and lacking in self-control. Mind you, we also don’t make it any easier for ourselves. Not only are women far quicker to criticise their own physical appearance than men, only two per cent of us are actually confident enough to describe ourselves as beautiful.

While it’s tempting to simply shrug our shoulders and blame all of these obstacles when we don’t do the things that matter most to us, it would be misguided. Yes, our genetics, our schooling, our upbringing, our looks and our society all have an impact, so do our own choices.

After interviewing leading researchers around the globe, best-selling authors Katty Kay and Claire Shipman of The Confidence Code concluded that confidence is within reach for women if we practise: