We won’t fix female super until we fix female pay, but Labor’s ideas are a start

We won’t fix female super until we fix female pay, but Labor’s ideas are a start 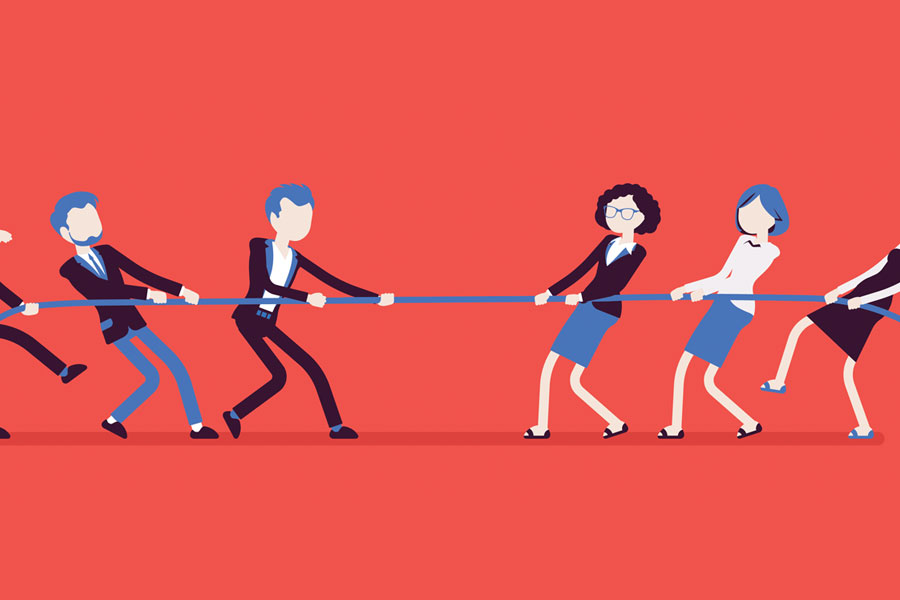 When presented as averages, the difference is less stark because a small number of big superannuation accounts push up the average. In 2015-16 the average woman left with A$157,050 compared to A$270,710 for the average man.

On Wednesday the federal Labor Party announced four measures designed to help. In government it would:

The measures ought to be familiar. Each was recommended by the report of a 2016 Senate inquiry entitled A Husband Is Not a Retirement Plan.

In a response tabled last month, the government merely noted the first three and gave qualified support to the fourth: amending the Sex Discrimination Act to put beyond doubt employers’ ability to pay more into women’s super accounts than men’s.

The measures attempt to address, but cannot overcome, super’s fundamental flaw. Because the system is based on the income workers get while working, and because women, on average, get less than men, they get less super than men.

They interrupt their careers to have children and are far more likely than men to work part-time to care for those children.

Super in maternity leave is a start

When the Productivity Commission recommended government-provided paid parental leave in 2009, it also recommended that super form part of that payment, although it suggested delaying that part of the measure for three years.

Three years on, nothing happened, although the then opposition leader, Tony Abbott, announced that super contributions would be paid with maternity leave in the 2013 iteration of his parental leave policy.

Paid parental leave is intended to compensate for the income parents lose in the months immediately after childbirth, so it is only fair that it should extend to all forms of income.

At present employers are not required to pay super on wages of less than $450 a month. This is an outdated concession that goes back to the beginning of compulsory super in the early 1990s.

The labour market has changed significantly since then. Jobs have become less secure and many women hold down several part-time jobs to make ends meet.

It is true, as the Productivity Commission has pointed out, that small accounts are eroded through fees. Low earners moving from job to job often find themselves with many of them.

Although the extra amounts a worker would receive if the A$450 per month floor was removed are small, over a lifetime of multiple jobs these payments could add up.

There is a risk that with very little underlying wage pressure, employers of low-wage workers would hand out even lower wage rises in order to find the money for the super payments. It would be up to the legislation, and the Fair Work Commission, to make sure that did not happen.

And sunlight could help

Labor’s third promise is transparency. The effect of budget proposals on women is not always obvious, as the Grattan Institute discovered in 2016 when it noted a measure introduced to help women and carers in fact benefited men with high incomes.

For three decades from 1984 to 2013 the Australian government published an annual Women’s Budget Statement to make explicit the effect of each budget on women.

The practice ended with the first Abbott budget in 2014. Since that time the National Foundation for Australian Women has been trying to fill the gap by publishing its own Gender Lens on the Budget.

As could top-ups for women

Labor’s final promise is to put beyond doubt the acceptability of employers paying higher rates of super to women than men. Some are already doing it. In an example cited by the Human Rights Commission as best practice, Rice Warner Actuaries has found a way to pay its female employees more than men without breaching anti-discrimination laws.

These sort of measures will help, so long as they don’t reduce the take-home pay of women without their consent.

But these measures are not enough

It is impossible to talk about super without talking about the excessive fees identified by the Productivity Commission and exposed in the Financial Services Royal Commission.

The federal government has announced legislation to protect low-balance accounts from excessive fees and insurance costs. When launching its policy package, Labor said it would work constructively in the same direction.

We also need to pay women more. Although the gender pay gap is narrowing, we won’t come anywhere near bridging the superannuation gap until we close the gap that lies behind it.

In one of our most important Masterclasses of the year, wealth coach Lisa Barber will teach us how to change the way we think about superannuation, step us through every life stage, and share what we can do now to determine how to live a comfortable life beyond the age of 65.