“I was told it would be better to put my career on hold and demote myself down a peg.” 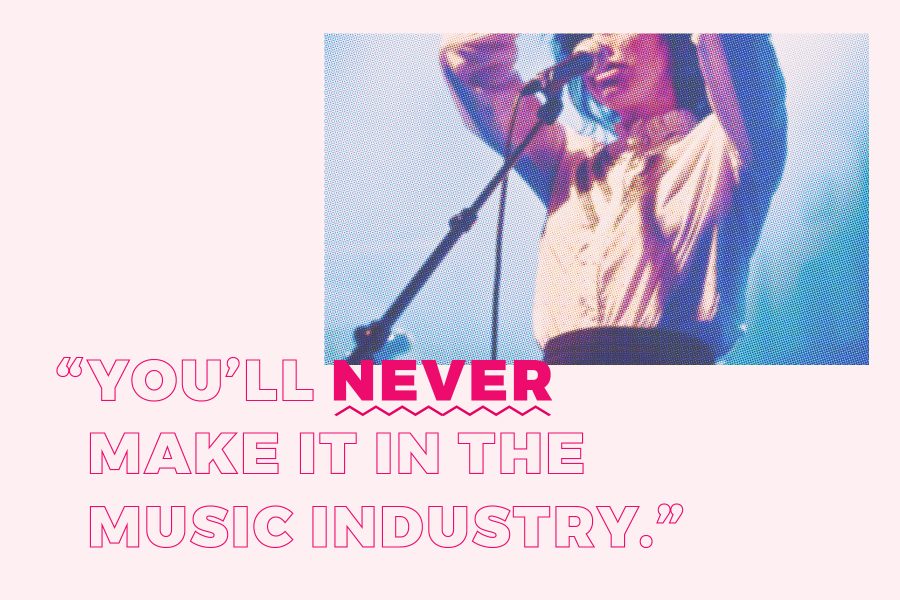 Whether it was being told your industry is a man’s world or that you shouldn’t smile so much (er, OK), we asked seven of our Premium members to share the career ‘advice’ they took with a big grain of salt.

“You can’t be a director AND a mum”

When I returned to work after having my first baby, I resumed the same director position in media communications. About two weeks later I was given advice by another director – who was also a mum – that it would be better to put my career on hold and demote myself down a peg as I couldn’t do both.

She had chosen to step back and wanted me to follow suit. I chose to ignore this advice; I didn’t understand why I couldn’t be a director and a mother! Not one client questioned it, and my level of experience, business smarts and output did not change. There’s nothing wrong with stepping back – we don’t all have to walk the same path – but if the company supports it and your family’s happy, it’s OK to step forward, too! I now co-own an agency and some of my clients are those I first met during those new-mum years. – Jenna Lambert, Managing Director Media33

“You should sell your business now”

I was told my business would never be worth much and I should accept a colleague’s low-ball purchase offer
because I’d probably never get a better deal. I didn’t accept; our values just weren’t aligned. (I actually cared
about my clients, unlike them – when the going got tough for them, they got going.) Anyway, they ran out of
business a couple of years after I ran away from that one. And today, although times are tough in financial
services, my business is thriving. – Amanda Cassar, director, Wealth Planning Partners

“You’ll never make it in the music industry”

I’d just quit my job as a graphic designer (I had a boss who treated us like second-class citizens compared to the admin and sales teams) when I went to a gig at The Orient Hotel [a famous music venue in Brisbane] and was asked if I wanted to replace the door person. I said yes right away. I figured it was a pretty easy gig and could tide me over until I got work; my sister had played in bands and I knew a lot of musicians from art college where I studied.

At the time my granddad, uncle and dad ran a family business. Many of the male staff were misogynistic and one told me that I was an idiot to take such a low-level job, and that he had told my dad not to invest money in sending me to art college because women either got married and the study was wasted, or ended up not being able to cope with a high-pressure job. I was livid that he even thought he had the right to comment!

Anyway, I ignored it and ended up running The Orient – the venue that was the birthplace of Powderfinger. I’ve now had a 20-year career as a strategist for creatives with my graduates working all over the world due to ignoring that advice!  – Andrea Smith, success strategist, Applause Genie

“You shouldn’t SMILE so much”

After starting my business, my mentor told me I make too many jokes and ‘smile too much’ to be taken seriously as a professional marketer. It scared me because that’s just my personality and the whole reason I wanted to run my own business was so I didn’t have to fake being this really bland and boring person. Anyway, I tried it for a while and was miserable, so I changed tactics. Now, I joke all the time. My audience likes it because it relaxes them around a usually stressful topic – marketing – and makes it fun.

When I’m doing things like strategy sessions and teaching videos it also makes stuff easier to remember because it’s actually entertaining, rather than me being super- serious and boring! I’m so glad I didn’t take that advice. – Emily Foley, Instagram strategist

“Financial planning is a man’s world”

I started in banking 14 years ago as an excited 21-year-old. I always knew I wanted to be a financial planner, and arranged to meet with one who worked at the same bank to find out more information about how he got there and get some advice. He told me, “Just so you know, financial planning is a man’s world, and you probably won’t be able to handle it.”

It’s true that only 25 per cent of financial planners are women, but we add a different set of skills and emotions to the role. And 14 years and a successful career later, I’m glad I did not take that advice! -Hayley Dyson, principal financial planner, Dyson Financial

“You won’t get anywhere without a UNI DEGREE”

After leaving school, I was told I wouldn’t get anywhere without a degree. After ignoring this advice, I joined one of the big four professional-services firms (aged 18), qualified as an accountant (aged 22), pivoted my career into professional learning and development (aged 24), moved to Australia with the same company (aged 28) was promoted to senior manager (aged 30), and in the last year have started my own business as a facilitator, specialising in working with teams who want to work better together.

Also, if I had followed this advice and gone to uni in 2005, I would have graduated in the middle of the GFC, when many of my peers were struggling to get a job and ended up spending longer getting into their desired roles or industries. Instead I had three-plus years’ work experience, a professional qualification and no debt by this same time. I think I’m doing OK without a degree! – Steph Clarke, facilitator, Transforming Teams

When I started out as an accountant, I was told I had to stay for at least 10 years to make partner – that was the only career path to being successful. What I actually did: had a baby, quit work, started my own work-from-home accounting practice and became successful within 12 months, buying a bigger house to renovate for an office due to client demands. My husband also quit work to help in our family business now baby number two is due soon.

The mindset of an employee and a business owner are very different. Never let anyone dictate how your mind is supposed to think and accept what others say is ‘normal’. Find your own normal! – Jen Grimsey, Founding Director, Bean There Tick That Audit Practice

Read next: 17 badass Brené Brown quotes that will inspire you to lead