How to build an entire brand from one piece of content

How to build an entire brand from one piece of content

“You cannot build a great team unless you have great individuals.” 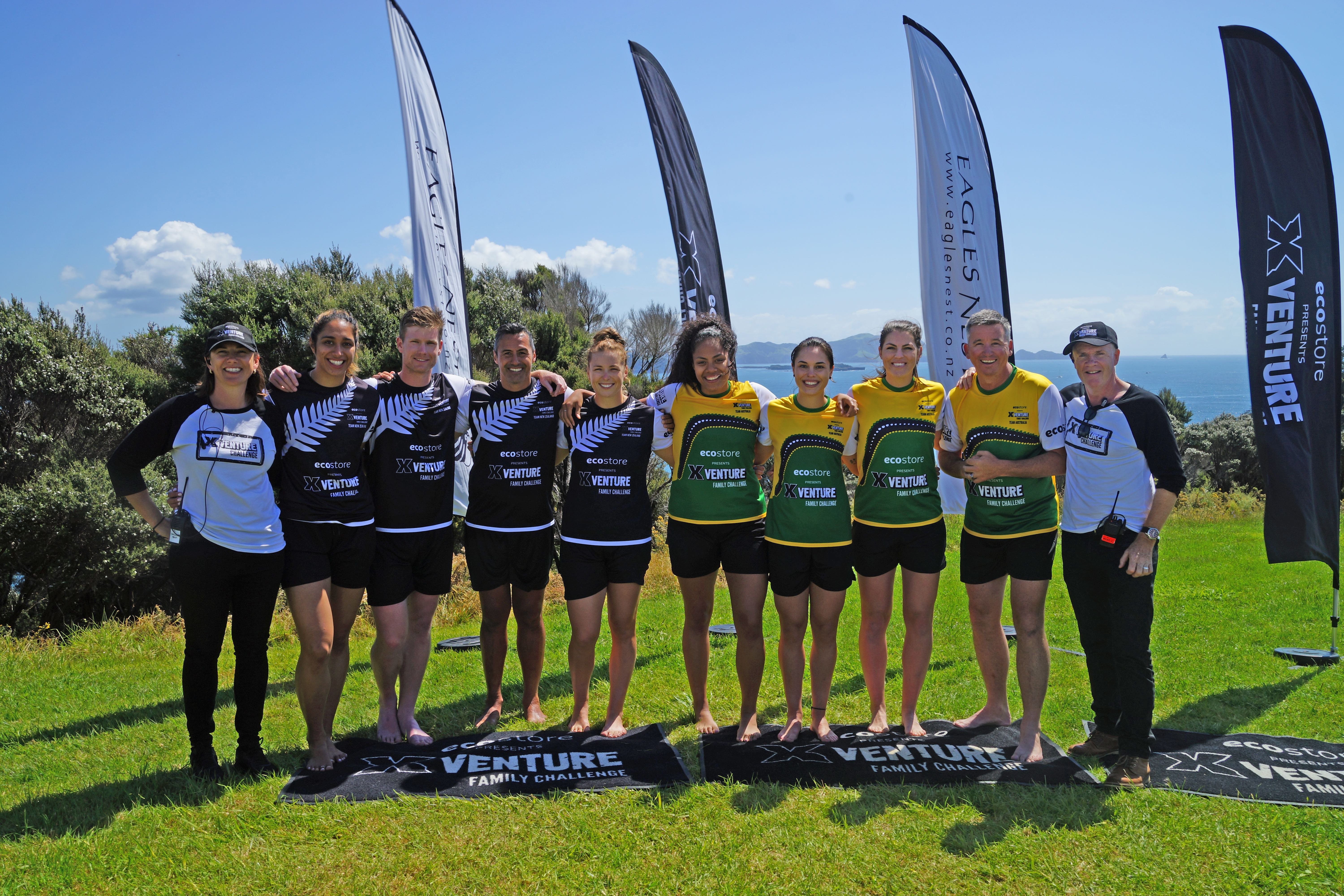 In 2011, the first XVenture Corporate Challenge episode aired on TV in Australia and Asia.

The concept for the series was simple but something that had yet to be explored fully. The series focused on 14 major Australian organisations competing against each other in an array of experiential challenges to test their teamwork skills in high-pressure situations.

The 8-episode series filmed in Far North Queensland was the brainchild of Mike Conway, the former managing director of a global entertainment group. The idea for the show stemmed from Mike’s experience and conversations with his contemporaries working in other major media companies and broadcasters. During the global financial crisis, his after-work conversations around the globe would circle back to the disconnect and friction between their staff as a result of anxiety and stress.

Originally from the UK, and by then a proud Australian, Mike didn’t want the issues impacting organisations around the world to affect the country and people he loved. So he came up with the idea of a TV series as a way to demonstrate, on a macro-level, that “putting the focus on people and really supporting those individuals in a team environment will help them overcome those tough times, and support each other.” 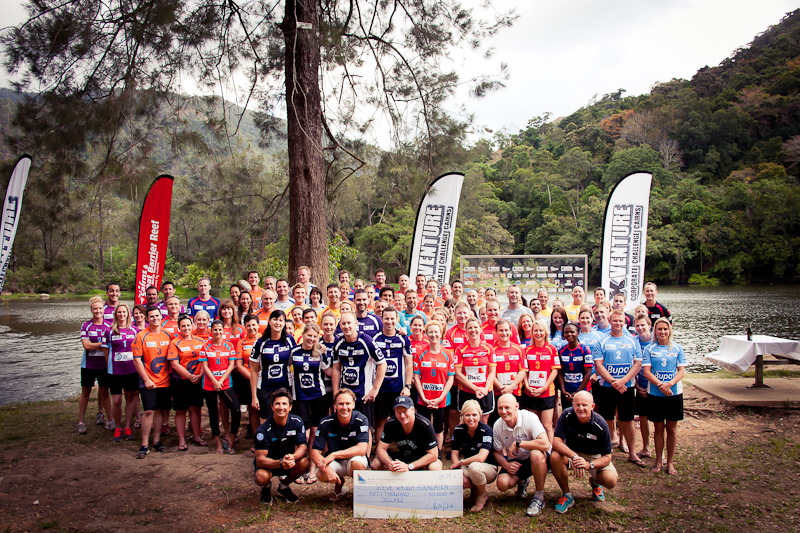 As he continued to work full-time, Mike and a fellow TV producer took a risk and started production of the XVenture Corporate Challenge series. While the show alone could’ve been enough in its own right, it was the feedback that Mike received that inspired the transition from TV show to business.

Business Chicks premium member, Daniela Kraus, had been one of Mike’s team at The Wiggles as the Global Consumer Products and Licensing Manager. When Mike created the series, she jumped at the opportunity to be part of the XVenture Corporate Challenge TV series location team and witnessed first- hand the impact.

“Participants had a life-changing experience. They encouraged Mike to turn XVenture into something that could be delivered to any organisation because of the value and experience they had,” Daniela says.

Encouraged and inspired, Mike took the advice and went on to build XVenture.

On returning to Australia after caring for her terminally ill mum, Daniela joined Mike on the XVenture journey as a Director and Chief Operating Officer. Since then, they have been working together to develop XVenture into a learning, growth and development powerhouse focused on creating Winning Minds. Their unique and tailored programs support individual Emotional Agility, Resilience and Leadership (EARL) growth in a team environment. 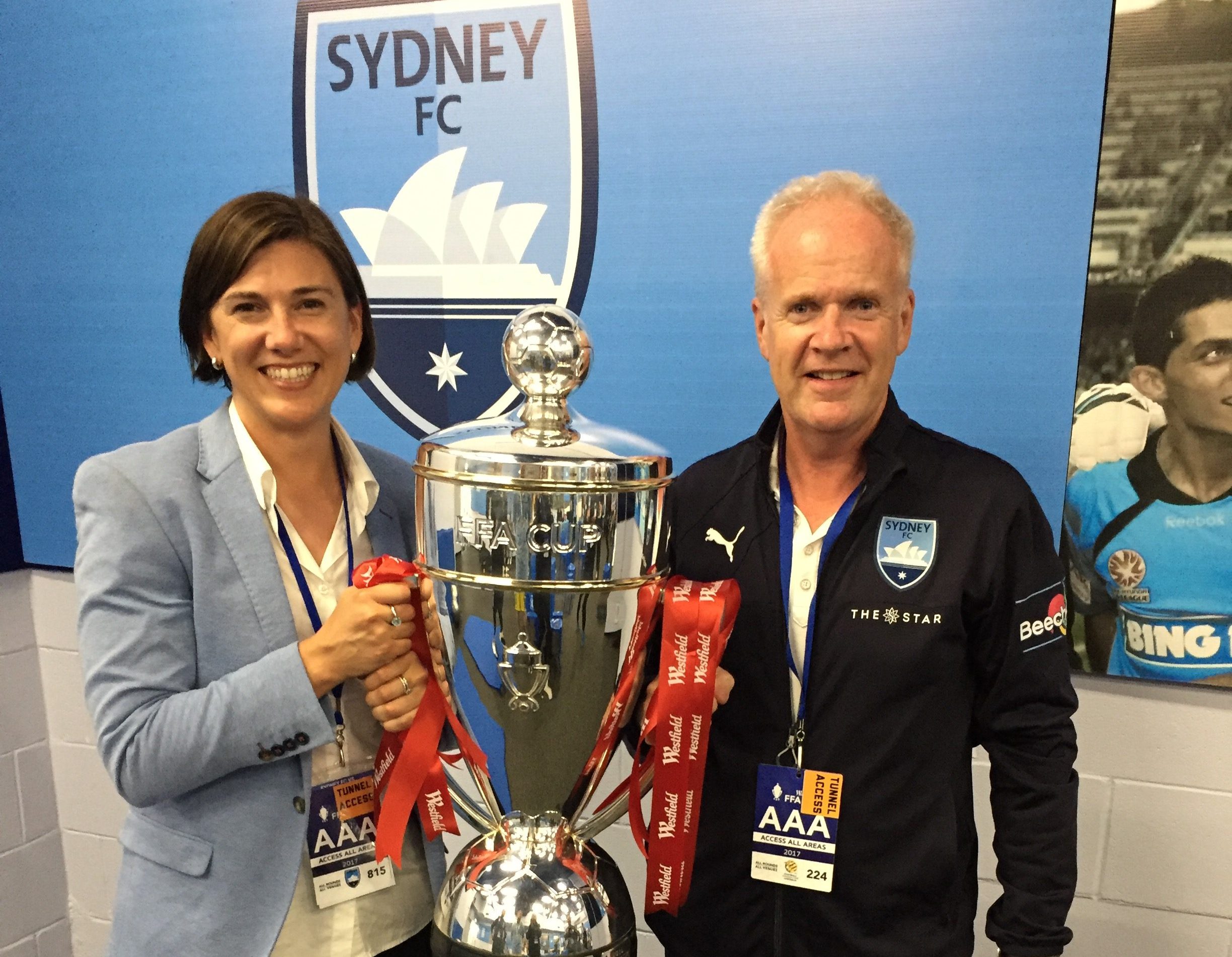 Through the transition from content piece to fully-fledged business, XVenture has remained true to its founding belief – supporting people and building individual greatness in a team environment for success. This is because, “you cannot build a great team unless you have great individuals,” Daniela explains. “It doesn’t matter what your product or service is, unless you have a group of people who know themselves, have a sense of purpose and are committed to the same purpose, you’re not going to be successful.”

Impressively, XVenture has now produced three nationally televised TV series based on the original Corporate Challenge format, with the other two focused on family and youth. But beyond the content that inspired the business, XVenture as a company has serviced high schools, universities, corporates and sports teams at national sporting level through tailored programs over the last six years.

But over the years, there was an increase in the number of small and medium-sized businesses inquiring about programs after seeing the success larger businesses were achieving while working with XVenture. However, the team realised that these smaller businesses didn’t have the resources needed to access these tailored programs, which is why Mike and Daniela released XVenture in a Box. 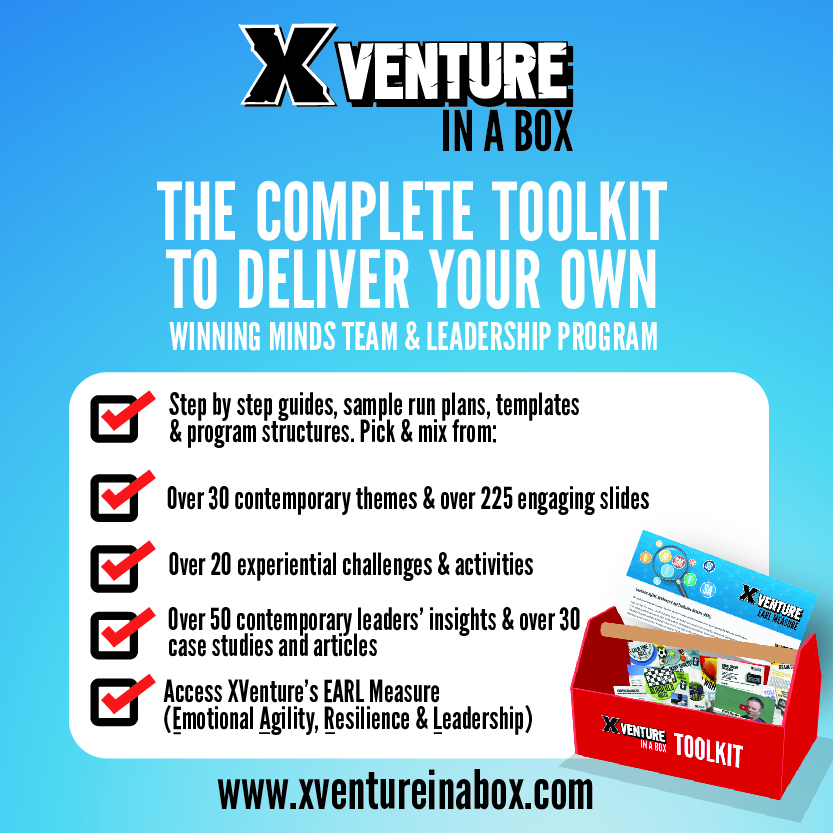 “XVenture in a box is basically everything we have done in the last six years packaged up with slides, videos, articles, and step-by-step guides on how you can create your own program for your business,” Daniela explains. “XVenture in a Box is about being cost-effective and accessible to any business that wants to develop their people.”

Through allowing businesses to have a more hands-on approach to developing their people, employees learn, grow and feel more empowered. But the program isn’t limited to small and medium-sized businesses. Even larger businesses with dedicated Learning and Development or Human Resource functions can find use in XVenture in a Box, as the contemporary research is constantly updated which compliments what they would already have in-house.

Today XVenture has delivered team building and development programs to over 5,000 people in over 500 companies all over the world. This is because Mike and Daniela managed to effectively transition XVenture from a piece of content – through the XVenture Corporate Challenge – to a very successful brand with an impressive client list.

This achievement comes down the fact that “no other organisation out there that has our realm of experience with the content we’ve produced and people we’ve worked with,” Daniela explains. “We are living and breathing the work we’re doing.”

Interested in making XVenture work for your business? XVenture in a Box is XVenture’s rich Winning Minds individual and team development content made accessible for even the smallest of businesses. Find out more about XVenture in a Box here. If you want to know how XVenture can support your business with a more tailored program, you can contact Daniela at [email protected].